How the rich pursue their fantasies even as inflation cripples all

Leg extensions are being sought after by CEOs, actors and financial wizards

The rich pursue their fantasies even as inflation cripples countries, companies and families. The latest fad among well-paid US tech workers is to become taller. An ancient desire, but the new technique to gain height is costly and ghastly, reminiscent of medieval torture with a modern twist. The question is: Why would techies who crouch over their desks want to be tall anyway?

No pain, no gain. Techies say it is an investment—less to impress girls, more to improve career prospects. Surveys suggest that tall men tend to reach commanding heights in their organisations. Height lends authority. Employees literally look up to tall colleagues. Over time, they feel diminished and the colleague looking down feels superior. Unless he is an irremediable fool, biology becomes his calling card as he ascends. Life is not so simple, but being tall helps.

But that is age-old deception. Rich tech workers want to “become” and not just “appear” taller. They want a permanent solution to what is otherwise a permanent problem. To gain height, the modern cosmetic surgeon breaks the thigh bones and inserts adjustable metal nails that are agonisingly extended about one millimetre a day for three months by using a magnetic remote control. We feared that tech workers would create a dangerous, out-of-control AI dystopia. Instead, they seem to mutate into robots controlled from afar. 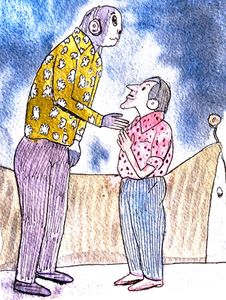 Software engineers from Amazon, Google, Meta and Microsoft are heading to Las Vegas not to gamble away their fortune, but to invest in their future. It costs $75,000-1,50,000 to become three to six inches taller. Surgeons admit the procedure—originally developed to treat bone deformities—is not recommended for athletes because it could adversely impact their ability. The irony is, even techies need nimble legs to climb corporate ladders.

Leg extensions are also sought after by CEOs, actors and masters of the universe, aka financial wizards. Some clients are women, but most are men. The stigma against men seeking cosmetic surgery has gone. The American Society for Aesthetic Plastic Surgery discloses cosmetic interventions on men rose 325 per cent over the past 15 years. Men also rely on botox, fillers, laser techniques and chemical peels to promote their careers. It is no longer enough to be clever. Data scientists also have to be handsome, telegenic… and tall.

Clients insist on confidentiality. Surgery boomed during the pandemic because patients could hobble and heal in secrecy at home. Now, when people notice, they attribute height gain to “ski accident”, “bathtub fall” or “God knows what they put in Covid-vaccines.”

Often, the quests of the superrich are not just fantastic, but phantastic. What motivates them is not money as they and​ their progeny simply cannot spend all the accumulated wealth. Still, they work hard, long and late. They are “driven”—a pretty word for obsessive-compulsive behaviour. Analysts say they are driven by their “need for love”, “craving for honour”, desire “to change the world” or “leave a legacy that endures beyond their time on this planet”. One fad among the superrich is to live forever. Research, pills, transfusions and anointments are a thriving mega industry. The irony is, to leave a legacy that outlasts oneself, one has to die first.