Anita Pratap on the new world disorder after the Ukraine war

Just when World War I was ending, the Spanish Flu sickened the world. Now the order is reversed. The Ukraine war follows the pandemic. Either way, war and pandemic contribute to destabilising an existing world order. If history is a guide, we are lurching into a messy new world disorder. Again. Says American diplomat Richard Haas, “These crises and their aftershocks are accelerating global disorder, returning the world to a much more dangerous time.”

He is referring to the dangerous two decades between WWI and WWII, described as the “interwar years”. This turbulent phase was marked by hyper-inflation and hyper-nationalism, populism and protectionism. Public resentment rose with prices, as a defeated Germany was forced to pay punishing reparations for WWI. Countries retreated from globalisation into isolationism. Scholars document how boiling grievances destabilised both colonialism and capitalism. The global economy collapsed. The Great Depression followed. Political upheavals, civil wars and revolutions unhinged nations. Democracies weakened while authoritarianism surged. Arms races and territorial aggression contributed to the calamitous WWII. 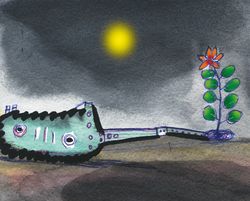 Reconstruction after the devastation of WWII forced leaders into a more collaborative phase that brought considerable peace and prosperity. Global GDP rose from $4 trillion in 1950 to $95 trillion now. But the dark side of this miracle growth is unprecedented wealth contrasting with widening inequality. The rising tide certainly lifted yachts, but too many boats were sinking. War and pandemic did not ignite these problems, but they deepened the structural imbalances that were pushing the world towards more division and confrontation. These same forces were at play a century ago.

Uncertainty and disruption lie ahead with rising costs of living, food shortages, poverty, conflict, corruption and bankrupted governments. Sri Lanka is emblematic of this disorder. Street protests have erupted from Chile to Hong Kong, Mali to Lebanon. Ongoing violence threatens to worsen in failing states in Asia, Africa, Middle East and south America.

Even as the Ukraine war grinds on, CIA Director William Burns reiterated publicly that China remains “a bigger threat” than Russia. President Biden’s strategic “isolate China” vision is supported by Republicans who unoriginally label it “the evil empire”. Biden’s Asian outreach aims to reaffirm ties with Japan and Korea that have difficult relations with their giant neighbour. The campaign to flatter India as a foil to China is underway. Biden also seeks to lure ASEAN nations.

But none of these countries wish to choose sides and get drawn into great power rivalries. It is good business with the US and now they do more business with China. But the Ukraine war showcases the appetite for brutal war in the 21st century. Will the China-US rivalry turn deadly, becoming the embodiment of the new world disorder?

War and pandemic can spark events that resemble the catastrophic century-old past. But repetition is not inevitable. First, there is awareness of the disastrous consequences. Second, there is human agency. The will to avert disaster is strong. But this also requires the lone superpower to lead with moral clarity and credibility. The west has rallied under US leadership, but half the world’s population sees the Ukraine war as a proxy US war with Russia. Many regard the United States’ $40 billion Ukraine package as a gift to its own military-industrial complex. The US is the world’s most powerful democracy. Its democracy has deep fault-lines, but its military is supremely powerful. The superpower could contribute to stabilising a world order in disarray. History need not be destiny.