Lame duck conjures visions of The Donald. But there is another lame duck in Europe, Angela Merkel. Her 16-year German chancellorship comes to an end next autumn, but she remains powerful and popular. In her final budget presentation to the parliament, Merkel did something extraordinary. She spoke with passion. Instead of addressing parliamentarians, Merkel earnestly appealed to booze-guzzling youth to shun Christmas revelries this year.

Merkel is fabled for her dowdy pant-suits, sedate manner and boring speeches. Equally famous are her annual Black Zero balanced budgets. This time, hunching and leaning her shoulders forward, narrowing her eyes and gesticulating with her hands, Merkel made a stirring corona speech, urging the youth to responsibly protect society, especially their grandparents, from Black Death. Rich in EQ, delivered with sincerity, concern and empathy, Merkel’s speech drew huge applause.

Merkel, 66, ends her tenure as she began―mutti, or mother, who in her lame-duck phase, is still the protective mother hen, keeping not only Germany’s, but also Europe’s fractious flock together. The last custodian of post-war liberal European values, Merkel held a steady course through the financial meltdown, eurozone crises, Brexit, Donald Trump and coronavirus. Compromise, consensus and moderation are her mantras, patience her virtue. In all year-end surveys, she tops the list of Europeans who matter in 2021. 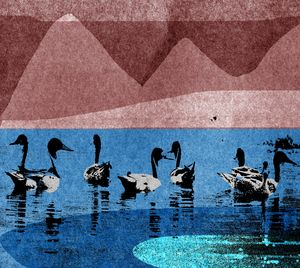 RUSSIA is part of the Eurasian landmass and telegram seems hopelessly outdated. But it is a cutting edge Russian social networking app promoting anonymous digital resistance. Telegram’s founder, Pavel Durov, 36, is called the Russian Mark Zuckerberg. He is a libertarian who encourages revolutionaries and shows his middle finger to the authorities. His response to Kremlin-backed demands for dissidents’ personal information was to knavishly post a picture of a dog with a hoodie, sticking its tongue out. Fury flared, Durov fled. The billionaire entrepreneur now holds a Saint Kitts passport. European governments welcome his digital resistance platform, but not in their backyard. Mask opponents and conspiracy theorists nimbly use the Telegram across Europe to stage spontaneous protests. Surveys say watch out for this disruptor.

2021 can be a make-or-break year for British unity with the Scottish elections in May. If First Minister Nicola Sturgeon’s Scottish National Party triumphs, the next step could well be Scotland initiating steps for independence from its 300-year union with the United Kingdom. The Scots traditionally dislike British prime ministers, but pollsters say, they loathe Boris Johnson, especially his Brexit, which drags Scotland kicking and screaming out of the European Union. All eyes on Nicola, “the new queen of Scots”.

ROKHAYA Diallo, 42, is a culture war heroine with a vocal machine gun. Her ricocheting words puncture wide-ranging and deep-rooted French exceptionalism. Diallo is French, black, feminist and secular Muslim. But she condemns French feminists for opposing veil restrictions and the Charlie Hebdo magazine for caricaturing the Prophet Muhammad. She attacks systemic racism and the self-righteous elites for proclaiming Black Lives Matter does not matter in colour-blind France. But recent police racism and long-tolerated paedophilia shatter national myths, vindicating Diallo. The French Dragon Lady now has a column in The Washington Post, much to the dismay of image-conscious President Emmanuel Macron.

Most Europeans featured in the surveys are glad that in 2021 they will not have to deal with the American lame duck, who is still striving to conjure victory out of defeat.