Love in the time of Snapchat 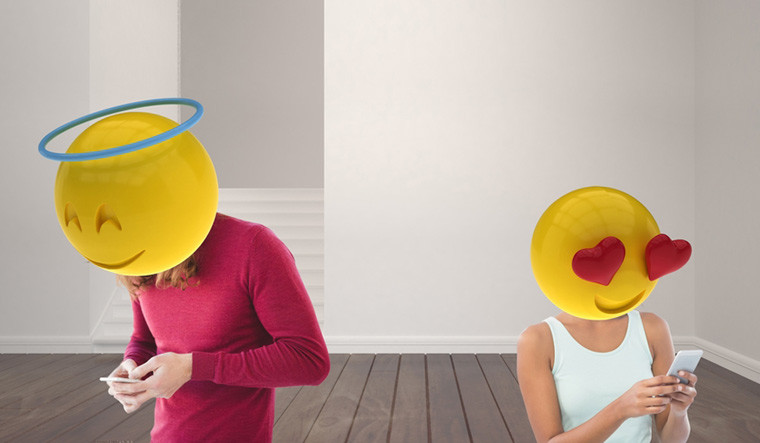 Perspiration was starting to show through my navy blue uniform. At the insistence of my friends, I was about to meet my first schoolboy crush, a dainty doe-eyed little thing that occasionally glided through my seventh grade corridors. I had no illusions. Far removed from the hustle and bustle of the nearest town, my school was a military camp of sanskaari values and repressed testosterone. The best I could expect was to drop some heavily misspelled love letters into her distinctly red 'Scooby Doo' backpacks and wait for either a notification on Orkut or a painful whipping from my father. I was sure she would burst out crying if I tried to speak to her in private. That would mean a half-an-hour in the invisible chair in the class teacher's room.

The worst happened. My father was summoned to the principal's office, where he was subjected to hours of tongue lashing, while I stood outside the revolving doors, head hung in shame. Was it February 14? I have no clue. But I could hear the head of my school shouting, "Barely two years into the puthuvarsham (New Year) and this devil spawn is already ruining the institution's repute."

Years passed. Facebook became the locus of a million teen egos, flooded with photo-shopped images, #wanderlusts, and the trendy 'it is complicated' relationship statuses. Barely into my first year of college, Imtiaz Ali's Rockstar starring Ranbir Kapoor released. In my circle, dominated by musicians of little to no talent, the movie was something of a revolution—finally, a proof that their all-suffering girlfriends were the reason why they could not get any gigs (or sing in key). In that summer of a million breakups, my girlfriend and I were in that six-month sweet spot. And with the untimely demise of the landline and the Nokia 1100 with charming free sms combo, WhatsApp became our greatest boon. There were no more firewalls to be negotiated. I did not have to ring up her home land-phone and make her father believe that I was actually requesting for chemistry notes; there was no longer the bane of an extension receiver crackling with the stifled breath of a spying mother.

The holidays arrived. I was lying plonk in bed, the phone a few inches from my face. A grunt informed of another living presence in the vicinity. Impatience was writ large over the face of my father (practically Red Forman from The Seventies Show). "Your mother and I are concerned by your excessive use of phone. (Translation: My money, my rules, my home. Get that thing away or I will throw it out myself)," he said, with a herculean attempt to suppress his rage and remain civil. He was hesitant for a while. "If there is something you need to tell me, do so. We have all gone through these phases (Translation: If there is a girl on the side, I swear to god)." If I wasn't fully sure that he could kick my 19-year old behind, I would have let out a derisive laugh. No thank you, we don't engrave love letters on stone tablets, or present wolf pellets and tiger-skin to the father-in-law for his daughter's hand in marriage. That reminded me, I hadn't bought her a gift for Valentine's Day.

Half a decade later, I had made my entry into the real world, with a career that would leave me no space for "airy-fairy things like work-life balance". It was at a friend's party, incapacitated by booze, swirling colours and loud music, that I caught sight of a shape that winked and smiled at me. The next morning I got the name of my host friend, found her on Facebook and hit her up. I had sneaked past her Snapchat, and finally made it to the final frontier—personal phone number. After a month of nothing but texts, we met up near a multiplex and exchanged a few casual greetings and awkward small talk. In the darkness of the movie hall, we found a much better use for our mouths. So what if we spoke less than the number of syllables in a Rupi Kaur poem on our first date? There was still time, or so I thought. For the first time in my self-proclaimed young, hip life, I felt like an old man, hit with constant refrains of "Can't talk, text". Was there something I was missing?

It was a moment that I was waiting for. My young cousin, barely 13, on an extended visit to our home, approached me sheepishly. There was this girl in his school, he said. I beamed with pride. Here was my chance to be the cool uncle, doling out gyan from a personal life of limited successes and extended failures. I ranted on about the best ways to write a proper "letter of endearment", how to negotiate with a cranky father on a home phone and that the best plan to properly talk was to join the same after-school tuition centre as hers. A strange look passed over face. And then came the expression I dreaded—derision. He was just wondering if I could lend him cash to buy a proper Valentine's Day gift. You can see her on my WhatsApp profile picture, he said, pulling out a brand new Samsung, clicking pictures of me and grumbling about the low-resolution camera. I could see myself with a clown filter on his Snapchat account.