Munugode: The story of a byelection in Telangana 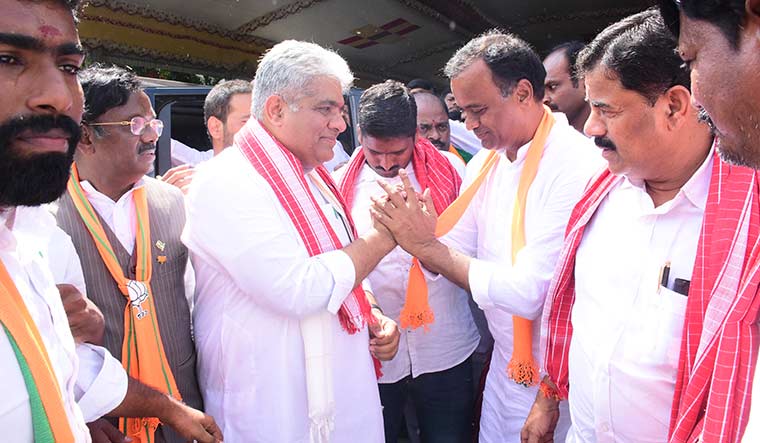 The Munugode assembly seat in south Telangana―where a byelection was forced because the sitting Congress MLA resigned and switched to the BJP―is marked by two diminishing peculiarities. The first being its affinity to the Reds. Ever since the constituency came into being in 1967, the Communist Party of India has won five assembly elections here. The last win, however, was in 2009. “The modern election practices have made it difficult for parties like us,” said former CPI MLA Palla Venkat Reddy. “There is heavy flow of money everywhere.”

The second peculiarity is that Munugode was once on the global map for widespread fluorosis. The high fluoride content in the groundwater led to physical deformities among residents, most notably stunted growth. So acute was the problem that international agencies would frequently pitch in with resources and ideas, without much success.

The disease spurred local activism. In 1996, nearly 500 people fought the Nalgonda Lok Sabha election (which covers Munugode assembly) to highlight their demand for proper drinking water. In 2003, two people with fluorosis―standing at under three foot because of skeletal deformities―were introduced to then Prime Minister A.B. Vajpayee in his Delhi office.

“Thousands in this constituency were affected and many died in front of my eyes,” recalls 52-year-old Kanchukotla Subash, convener of the Fluorosis Vimukthi Porata Samithi.

There has, however, been a turnaround over the years and, in 2020, the Bharat Rashtra Samithi (formerly the Telangana Rashtra Samithi) government declared that the state had eliminated fluorosis.

It is these two factors that the BRS is banking on to defeat an aggressive BJP and its traditional foe, the Congress, in the November 3 byelection. The communist parties have opted out of the elections and have pledged their support to the ruling party. The BRS is hopeful of getting 5,000 to 8,000 votes from left supporters.

Also, as part of its campaign, the BRS is projecting itself as the manager of the fluorosis problem―it claims that its various water projects such as Mission Bhagiratha, which provides piped water to households, helped rid Munugode of the disease.

State Energy Minister G. Jagadish Reddy, who hails from Nalgonda district, is the BRS’s point man for the byelection. Former MLA K. Prabhakar Reddy is the candidate. The party has also deputed one MLA for every two villages in the constituency. The seat has 2.2 lakh voters.

“The people’s choice is the BRS because of the work we have done,” said the minister. “For more than 50 years, people suffered because of fluorosis. The KCR (K. Chandrashekar Rao) government eradicated it within six years. We are also supporting the victims of fluorosis in this constituency; 18 per cent of the beneficiaries of our Aasara pension scheme are the handicapped.” He added that around 1.5 lakh people in the constituency were recipients of various government welfare schemes.

The political parties in the state are treating the byelection as a high-stakes battle. Chief Minister Rao has held a public meeting in Munugode and Union Home Minister Amit Shah has visited the state twice. According to BJP sources, Shah is directly monitoring the preparations and is learnt to have sternly told local leaders to buck up. Arvind Menon, Tarun Chugh and Sunil Bansal―the party’s in-charges for Telangana―are involved closely in the planning. A win or even a close defeat would legitimise the BJP, which is desperate to expand in Telangana. 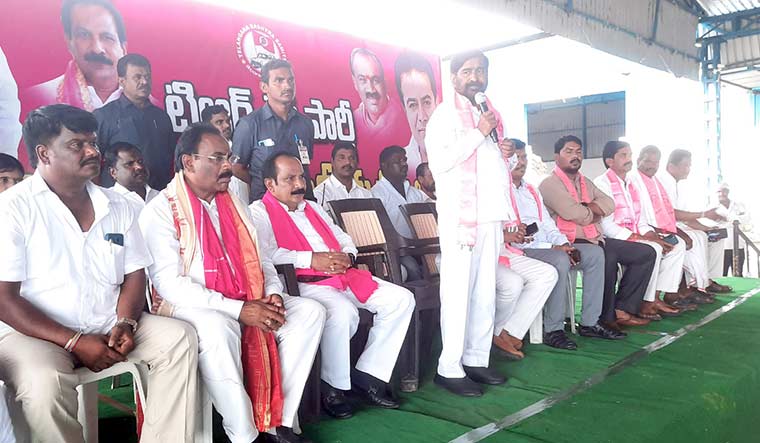 “The Centre’s involvement is much higher than in previous elections,” said state BJP spokesperson Kishore Poreddy. “Today, KCR is a worried man and this is what the BJP has done to him. Joining hands with the communist parties is a sign of weakness. We are winning and we will not be surprised if the BRS joins hands with even the Congress overtly or covertly in the 2023 state or 2024 general elections just to defeat us.”

The BJP, which had won a bypoll each in 2020 and 2021, is treating this byelection as a semifinal to the state elections. It is confident that a decent performance would encourage mass defections from other parties, including from the BRS.

The defector in question right now is former Congress MLA Komatireddy Raj Gopal Reddy. Before joining the BJP, the businessman had been making positive comments about the party. When he eventually did switch sides, there were allegations that the Centre had helped him bag business contracts in return for him joining the saffron fold. For Reddy, joining the BJP is a risky move; the party has almost no presence in the state, while the Congress still has a traditional vote bank.

Said Hyderabad-based political analyst Telakapalli Ravi: “The BJP is struggling to keep up the momentum. They are trying hard by even bringing up issues like Hyderabad Liberation Day. There was hype surrounding the BJP regarding this bypoll, but that is not the case anymore. If the BJP loses this election despite its top leadership getting involved, it will damage the party’s image.”

The Congress, meanwhile, has already announced its candidate. Palvai Sravanthi is campaigning regularly and says she has an edge because of her opponents. “We are facing two ruling parties with massive money power and machinery,” she said. “Sarpanchs and old leaders are being bought. The second- and third-rung leaders and the villagers are angry with this and want to teach these parties a lesson. We have not tried to woo any leader.”

With major parties upping the ante, residents of Munugode say there has been hectic activity leading up to the poll, with feasts and booze parties to lure voters. This, apparenlty, started weeks before the election date was even announced.