Gujarat: BJP banking on Patels to retain power in Gujarat 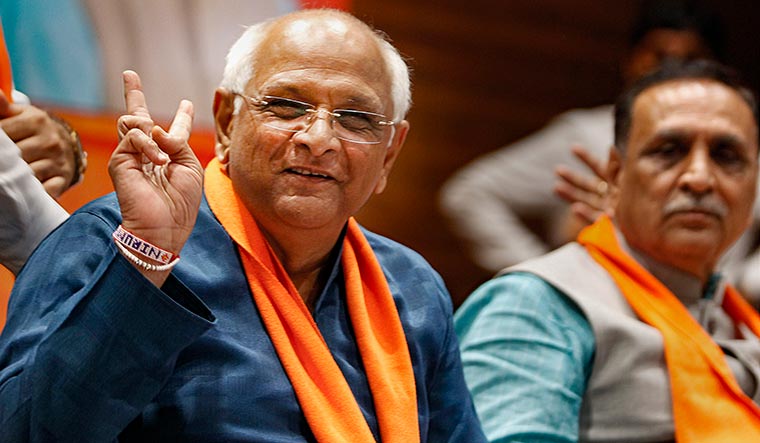 IN 2016, Anandiben Patel stepped down as Gujarat chief minister, citing age-related issues. The real reason though was her alleged mishandling of the Patidar agitation for reservation. Five years later, Vijay Rupani has resigned to appease the powerful Patel community. In a surprise move, the BJP named Bhupendra Patel, 59, a first-time MLA from Ghatlodiya in Ahmedabad, as chief minister. He was picked over many seniors, including deputy chief minister Nitin Patel.

Rupani, it seemed, was meant to be a stop-gap chief minister all along. Rumours of his replacement had been doing the rounds ever since he took the top job. But the BJP had been waiting for the right time to effect a change of guard. With the Covid-19 situation normalising in the state, it found its window ahead of the assembly polls next year.

Rupani, who belongs to the Jain community, is said to be close to Union Home Minister Amit Shah. He was known as a “sensitive” chief minister. Even when at home, he would often spend time tracking the work of various departments on the ‘CM dashboard’, a real-time monitoring system.

Under his leadership, the state passed tough laws against cow slaughter and against conversion in inter-faith marriages. Before the second wave of Covid-19, he had ensured the party’s victory in civic body elections in February. But as the second wave peaked, the state government’s response was found wanting—there was shortage of oxygen cylinders and ICU beds and allegations of Covid-19 deaths being underreported. Replacing Rupani then would have meant admitting the state’s failure in controlling the situation. Thus, he got an extension.

This August, Rupani completed five years as chief minister, though his government’s term will end only next year. It was a feat worth celebrating, which the government did, as Narendra Modi is the only other BJP chief minister in the state to have been in office for five years and more. But the alleged lapses and failures of Rupani’s government overshadowed his achievements, and he was shown the door.

Though Rupani and Nitin are credited with ramping up the vaccination drive, they failed to minimise Covid-19 deaths, which led to bodies piling up at crematoriums. While oxygen plants are now being set up in the state, Rupani was criticised for buying allegedly substandard ventilators from a Rajkot-based firm. It was alleged that he had no control over bureaucrats or his ministers. Also, the chief minister and his deputy did not see eye to eye on several matters. Rupani does not share cordial relations with state BJP chief C.R. Patil, either. Moreover, it is said that Patidars learnt that Rupani was not keen on including the community in the OBC list.

What hastened the BJP’s decision to bring in a new face was the Aam Aadmi Party’s entry into Gujarat politics. Patidars, comprising nearly 14 per cent of the state’s electorate, are traditionally BJP voters. But post the reservation stir, the community had shifted its allegiance to the Congress. And now with the AAP’s entry, it has found another alternative. A few Patidars have already joined the AAP. In the Surat municipal polls, the AAP won 27 seats—leaving the Congress with none. It also did well in Ahmedabad and Godhra. But according to political analyst Vidyut Joshi, if the Congress wins 50 assembly seats, the AAP 20 and 10 seats go to BJP dissidents, it will spell doom for the Lotus in the 182-member house. 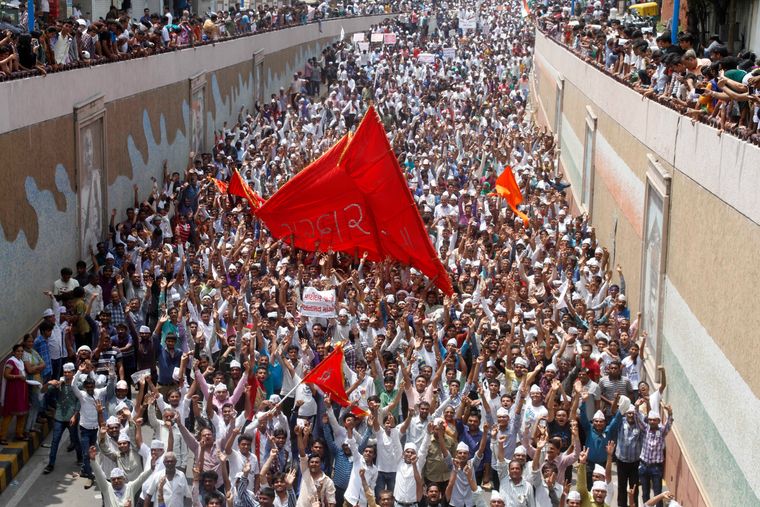 If Rupani’s exit was imminent, it seemed like his deputy could very well take his place. Nitin was among the frontrunners for the chief minister’s post even in 2016—Anandiben had suggested his name then. Shah threw a spanner in the works by nominating Rupani. Anandiben reportedly walked out of the meeting, and returned only after repeated phone calls from Central leaders.

This time though, it is said that Nitin’s “rough” attitude towards party workers cost him his dream. In what was seen as a message to the party, a teary-eyed Nitin, a six-time MLA, said: “As long as you are in people’s heart, nobody can side-line you.” Moreover, Bhupendra is Anandiben’s close confidant and represents the constituency she vacated.

Naming a new chief minister, and a Patidar at that, does not mean the BJP will have a smooth ride in next year’s polls. The party will have to do a balancing act, giving equal representation to the OBCs in the cabinet. In the run-up to the elections, the opposition, too, will build pressure on the ruling party.

AAP leader Isudan Gadhvi told THE WEEK that the BJP had to bring in a new chief minister because AAP leaders had visited more than 550 villages in the last couple of months to meet families that had lost their loved ones to Covid-19. The Congress and the BJP, too, have now followed suit.

He added that now that the party has appointed a Patidar as chief minister, it should rename Narendra Modi Stadium (earlier Motera stadium) as Sardar Patel Stadium. He demanded that girls and women who were beaten up during the Patidar agitation be given justice; he also sought help for family members of the Patidars who had died in the agitation.

Hardik Patel, working president of Gujarat Congress, told THE WEEK that notwithstanding the AAP’s presence, the Congress’ vote share has increased since 2002. Hardik, who had led the Patidar agitation under the aegis of Patidar Anamat Andolan Samiti, said that the people of Gujarat not only want a new chief minister but also a new party in power.