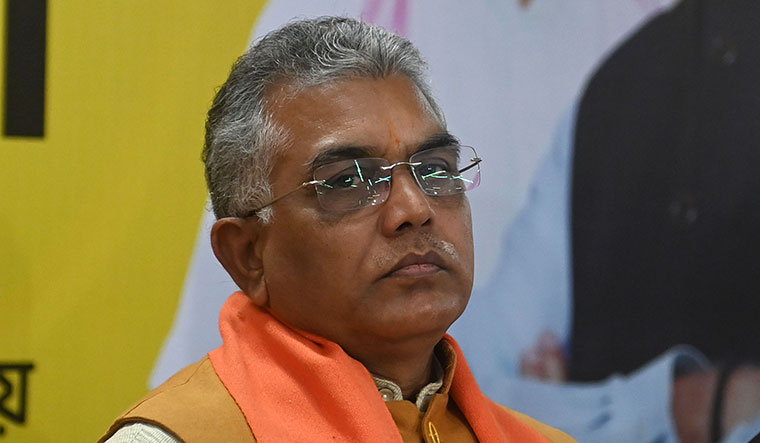 Q/ Thousands of threatened BJP workers in the villages have said that there is no help from the party.

A/ [It is a] very difficult situation for the party workers. I have no idea how to deal with it. We have already sent many [of them] outside the state. But we have our limitations. We need to act tough now.

A/ The situation is worse than Covid in Bengal. People became political refugees just because they voted for a party. Even [Trinamool] workers in many places are shaken seeing such brutality.

Q/ How many complaints have you lodged?

A/ The police have not filed any first information reports. They are driving away our workers who approach them.

Q/ But the Trinamool says many complaints are fake.

A/ Their party would say that. Why is the government machinery silent? They have a role to play in this crisis. Just go to the villages. In many places, they want to celebrate their victory and are asking our workers to pay Rs20,000 each as fine. Our workers are fleeing villages. To how many can we give shelter?

Q/ Have you alerted your party’s central leadership?

A/ Yes, but I do not know what they would do. I have gone to Delhi to explain everything. I am keeping my fingers crossed.

Q/ But party workers allege that senior leaders have only held symbolic protests.

A/ They are right to some extent. The party’s central leadership has to respond. A Central minister (V. Muraleedharan) was stoned. If this is not the time for them to wake up, when will it come?

Q/ How can the crisis be controlled?

A/ Only the imposition of Article 356 (president’s rule) can alter the situation.

Q/ Have you told the central leadership?

A/ I will tell them what needs to be told. Let us wait.