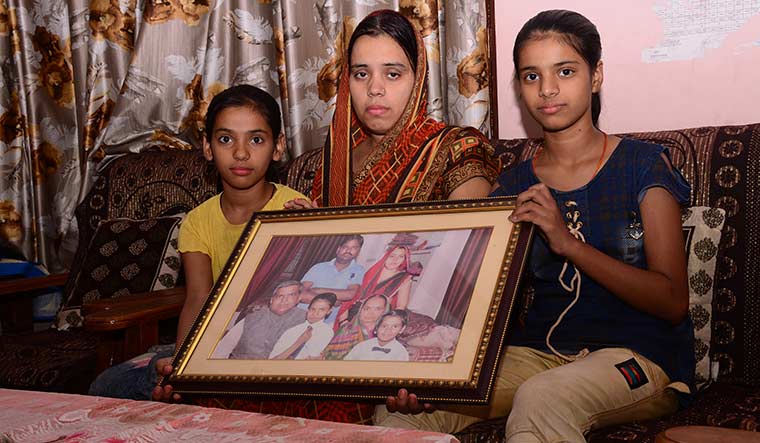 THE LAST TIME Vivek Kumar Shukla spoke to his uncle, Jagjivan Prasad Shukla, he said, “There are no breaths left in me.”

Shukla, 36, was an orderly posted at the Sri Dayanand Inter College in Gokula village, Amethi. He was part of the government workforce that conducted panchayat elections across the state’s 75 districts to elect members to 8.69 lakh wards and gram panchayats.

The panchayat elections took place between April 15 and 29. Each phase was preceded by a one-day long training. The school staff appointed for this, and for the subsequent counting of votes that started on May 2, was drawn from government and government-aided institutions.

Anita Gupta, 46, a teacher at the primary school in Jayapur (one of the four villages adopted by Prime Minister Narendra Modi in Varanasi) said, “Teachers are supposed to be intellectuals. So we conduct household surveys for the census and are sent into Covid zones to gather information. We are really beasts of burden.”

Gupta was on poll duty in a school in the Arajiline block (Varanasi) on April 19, and had to attend a training ten days prior to that. At both times, she said, there were no safety arrangements made by the district administration. “I carried my own face-shield and gloves. The heat made me feel faint,” she said. Gupta was not vaccinated, and was not asked for either her vaccination or Covid status.

As the elections got underway, Uttar Pradesh was registering a rise in the number of Covid-19 cases. On April 15, the state reported 27,426 new cases. On April 30, it stood at 34,626. Opposition to the elections steadily built up. The High Court was approached to cancel it, the Supreme Court was asked to stop counting. Both pleas were rejected based on an assurance that the state had put the necessary protocols in place.

Rajeshwar Prasad Mishra, spokesperson of UP Madhyamik Shikshak Sangh (secondary teachers’ body), which has 52,000 members across the state, said, “At current estimates, 500 teachers have died. These numbers will go up as teachers return after counting of votes. This government has been deeply insensitive to teachers.” 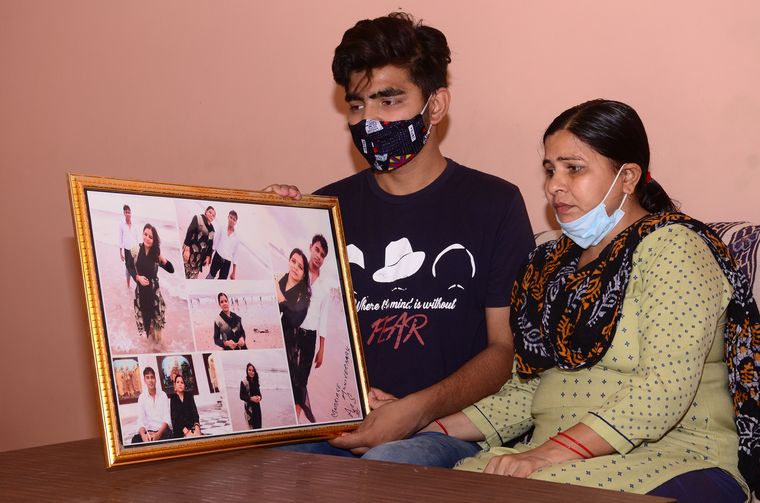 On April 10, Shukla went for the mandatory training at the Government Inter College in Gauriganj. He returned home to Raebareli after 5pm, and had cough and fever. His uncle, who had brought him up since the age of two, asked him to gargle and inhale steam. Over the next few days, the fever came and went, while the cough persisted. The family had an oximeter—bought last September when Shukla’s uncle, also a teacher, had contracted Covid-19.

On April 22, Shukla did an antigen test at the Rana Beni Madhav Singh District Hospital in Raebareli. He called home to say he was positive. Doctors, however, told him to isolate at home. The same day, Shukla’s uncle received an SMS with two numbers from the chief medical officer’s control room. When he called, he was asked to send pictures of the room and the toilet Shukla used. This was the last time that the administration checked on Shukla. There was no contact tracing, no dropping off medicines and no follow-up calls.

Two days later, Shukla’s breathing became laboured. The family looked for an oxygen cylinder but could find one only a day later. By then Shukla’s oxygen level had fallen to 70 per cent.

The family took Shukla to the Lalganj Rail Coach Factory Hospital. It had no bed to spare and was filthy.

On the evening of April 26, Shukla passed away—leaving behind a wife and two daughters, aged 12 and eight. The family said he was “eaten up by the election”.

A desperate search for a bed in the same district was made by Mausam Roy for his 50-year-old father, Brijesh Kumar, who had served as the presiding officer at the polling centre at the Purva Madhyamik Vidyalaya at Deeh block in Jagdishpur on April 15.

“He returned at 1am that night. One day later he had a fever and a cold. I was feverish as well. Our antigen tests were negative,” said Roy.

Though unwell, Kumar had to accompany his niece, Sneha Nirmal, 25, also a teacher, for election duty in Amethi on April 26. On the way back, he called his son and said, “I feel suffocated.”

Roy rushed in a friend’s car to take his father to the district hospital. “We used every source we could think of, but were unable to get a bed,” he said. They tried numerous private nursing homes, but, Roy said, “no one was willing to touch” his father.

At one private non-Covid hospital, after Roy begged endlessly, Kumar was admitted to the emergency ward and hooked up to oxygen supply. Soon, he was administered a CT scan, which showed extensive damage to the lungs, an indication of a Covid-19 infection. The hospital asked Roy to take away his father immediately.

On April 28, Roy spent many hours at the district hospital pleading with the doctors for a bed. He said he was told to “go into the hospital and look for himself if there was any empty bed”—an activity he undertook multiple times, while his father waited in a car—and then in an ambulance. “At one point I also made my father sit on the stairs of the hospital hoping someone would take pity on him and offer a bed,” said Roy. Kumar died a few hours later.

Anand Pratap Sharma, the basic shiksha adhikari (BSA) of Raebareli, said, “I cannot comment on any specific case. This is a sensitive matter. The government has asked for a verified list of teachers who allegedly lost their lives after election duty. We are in the process of collecting that information.”

The BSA is the highest district-level reporting authority for teachers.

THE WEEK contacted a dozen teachers and their families across the state. Most were hesitant to speak fearing a crackdown by the government. All agreed there was no adherence to safety norms during the elections.

Subir Shukla, former adviser to the Central government on quality of education and resource consultant to the UP government, said teachers, despite their political clout, could not move the government on the issue of the election. “The general sentiment towards them has been that they have been drawing their salary for just sitting at home during the pandemic,” said Shukla.

Anoop Kumar, 38, an assistant teacher working at the National Inter College, Saiyadraja, Chandauli, said, “On the morning of April 26, while on duty I received news that my mother was no more. I begged the sector magistrate to let me go, but he said he could not. I could go only after midnight. There was not even a bus to get back to Varanasi. A mini truck was assigned. I could barely register what I did at the polling booth. I will always regret not being with my mother in her last hours.”

In Kushinagar, some 226km from Raebareli, a pregnant Sita Kushwaha, too, begged to be let off poll duty on April 29. “My due delivery date is in the end of April… I am writing for the safety of the mother and the child… please be kind enough to relieve me of duty,” she wrote to the district magistrate and the BSA.

Kushwaha, 32, was posted at the upper primary school at Sukhpura, in Padrauna block. Her husband, Sanjay Kumar, said, “She was weak and was barely able to move. When her request was refused, I went with her for duty and also filled in for her at times. Even then she kept begging to be let off.”

Kushwaha was on duty, 6km away from home at the Thakur Harikesh Pratap Singh Inter College in Dudhi block. By the time the couple returned home at 9pm, she was screaming in pain.

Next morning, at the district women’s hospital in Padrauna, Kushwaha delivered her third child, a girl. Kumar said he is not sure if his wife even saw their daughter. “She never gained consciousness after the delivery,” he said. Asked to leave the hospital because of the possibility of infection, Kumar took his wife to Samrat Hospital in Padrauna on April 30. “They told us to take her to a bigger hospital but my wife died before we could figure out what to do,” said Kumar, who has since been running a fever and is too weak to get off the bed.

Kushwaha, like many others, became the postscript to one of the largest polling exercises in the country. Kumar said it was an election he would never forget.

“And my daughters will never forgive me for letting their mother go,” he said.