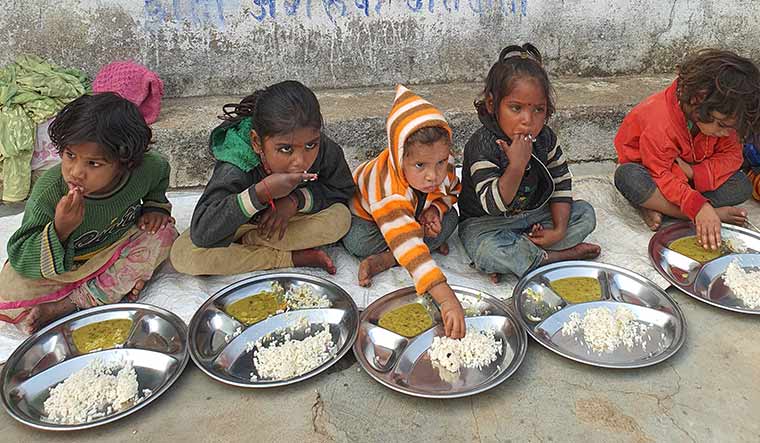 TILL ABOUT FOUR years ago, Phoolkumari Kol, a mother of four from Ovari village in tribal-dominated Dabhoura of Rewa district, would hide her children at the sight of an accredited social health activist (ASHA) or anganwadi worker. Like many mothers in the rural belts of Madhya Pradesh, Kol was worried that getting her children immunised would make them sick and weak. Children, pregnant and lactating women and adolescent girls in Ovari were, therefore, deprived of health and nutrition services. Instead, they turned to local faith healers, whose ‘cures’ included spitting on children or rubbing saliva on them.

Moreover, Ovari then did not have road connectivity. Thus, key health services like the Janani Express, meant for transporting pregnant women for childbirth via ambulance or government vehicles, never reached the village. There was no electricity either. Add to that the scarcity of water and the non-arable nature of the land. So most families depended on manual labour, the income from which barely got them two meals a day.

In April 2016, four malnourished children from Ovari died within a week. A quick survey revealed that 75 per cent of the children below the age of five were malnourished, with 13 of its 70 children under five years facing severe acute malnutrition. That tragic incident was a wakeup call, both for the state government and the village.

Ovari was included in a community-based malnutrition management project that covered 115 villages of five districts. The project—implemented between 2015 and 2018 by NGO Vikas Samvad, with the support of women and youth groups—aimed to empower the community to find solutions for its issues, especially those related to health and malnutrition. It did that and more.

“Now, it is us who seek out the ASHA and anganwadi workers to get our children checked, weighed and vaccinated, and also get their share of food at the anganwadis,” says Kol, 25. “Pregnant and lactating women and adolescent girls proactively seek the health and nutrition benefits (take-home ration, antenatal care, and iron and folic acid tablets to curb anaemia).” While the villagers still visit faith healers when children fall sick, they take them to hospitals, too. “Dawa aur dua dono karte hain (we take both medicines and divine blessings),” says Kol.

Also, the villagers got a road constructed, ensured that the community well was cleaned regularly and that the village got power supply. Kitchen gardens, too, came up, mostly near greywater outlets for optimum use of water. Home-grown vegetables and fruits increased the nutrition value of daily meals, which earlier consisted of chapatis and dal. Slowly, villagers started farming community land, using methods and seeds suitable for the local conditions. As of December 2020, none of Ovari’s 90 children under the age of five are malnourished. There have been no infant or pregnancy-related deaths in the village in the past several months.

The Ovari model could soon be replicated across the state, with the department of women and child development (DWCD) formulating the ‘Nutrition Policy 2020-2030’. The policy envisages complete eradication of malnutrition by 2030 through a community-centric approach. The customary cabinet nod is expected soon. And, Madhya Pradesh will become the first state in India to express a “resolve to recognise and deliver nutrition as a matter of right for children and women of reproductive age” through a policy statement. 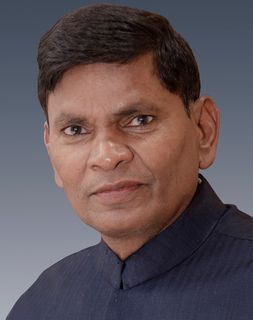 Such a policy was the need of the hour, considering Madhya Pradesh’s dismal data on nutrition and health. According to the 2018 Sample Registration System (SRS) data, the state has the highest infant mortality rate in the country at 48 per 1,000 live births. As per the National Family Health Survey (NFHS)-4, 42 per cent of its children under the age of five are stunted, indicating chronic, intergenerational malnutrition. About 25.8 per cent of children are wasted—an indicator of acute under-nutrition as a result of more recent food deprivation or illness leading to nutritional loss, and 42.8 per cent children are underweight. Also, 21.9 per cent of the babies have low birth weight and 68.9 per cent suffer from anaemia.

The vision of the draft nutrition policy is to achieve ‘Suposhit Madhya Pradesh’ (Well-nourished Madhya Pradesh) by 2030. It, therefore, aims to reduce all forms of child malnutrition in compliance with the Sustainable Development Goals and bring down the under-five child mortality rate to 25 per 1,000 live births from 56 (2018 SRS data). Also, it plans to provide better antenatal care, institutional delivery care and postnatal care, and lower the maternal mortality ratio from 173 per one lakh births to less than 70 deaths. Another target set in the policy is to reduce anaemia in adolescents from 53.2 per cent (NFHS-4 2015-16) to 26.6 per cent by 2025.

Also, with the causes of malnutrition varying from state to state, even district to district, it was necessary to have a state-specific nutrition policy. “The need for a state-specific policy to deal with the issue of malnutrition comprehensively, with the involvement of community, has been felt for long,” says DWCD commissioner Swati Meena Naik. Therefore, the most crucial aspect of the proposed policy is to involve community members, especially mothers of children and adolescents.

“Our aim is to shift from the pure give-and-take relation between government and citizens to one where the community takes ownership of the issue and engages with the government on an equal footing to root out the ill of malnutrition,” says Naik. “It is about transferring of resources and decision making to strengthen the community, which can then identify its own issues, needs and requirements, suggest suitable actions and ensure that it is delivered by the government.”

For this, the policy proposes mapping and identifying “social capital”, which includes local body units like Gram Sabha and self-help groups, community-based organisations like Shourya Dals and Sahayogini Matru Samitis (SMS), vigilance committees like Joint Forest Management Committees and schools and colleges and their organisations like the National Cadet Corps. The state, in a first-of-its-kind move, has already endowed the SMS—a village-level committee involving mothers—with the legal authority to monitor the implementation of the integrated child development scheme. The ICDS is the key scheme aimed at preventing and reducing mortality, morbidity and malnutrition among children, adolescent girls and pregnant and lactating women.

Nutrition expert Sachin Jain explains it with an example. “If there is a severe acute malnourished child in a village, community members will be in a better position than an anganwadi worker or ASHA to not only identify the child, but also convince the family to take suitable action like shifting the child to a nutrition rehabilitation centre,” says Jain, who played a key role in drafting the state’s nutrition policy. Also, the community could help the family avail benefits like food security schemes or through shared resources like vegetables or fruits from the community garden, he says.

At the governance level, the policy aims to make nutrition the focal point of the development agenda, with all government initiatives and actions—from panchayati raj to urban local bodies—working towards eradicating malnutrition. This ‘nutrition governance’ concept requires a coordinated action of government departments, including agriculture, forestry, rural development and food and civil supplies, to ensure that the needy have access to nutritious food and health services as well as livelihood options.

“It was acknowledged that malnutrition was not a burden of a single department but that it required convergent action of several departments,” says Ashok Shah, principal secretary, DWCD. “We realised that involving village-level government officials such as panchayat secretaries, patwaris (village registrars) and teachers as well as committees like the SMS would make it easier to tackle the situation.”

On ground, it will translate into support for needy families or identified settlements to grow locally suitable crops, get jobs under the rural employment scheme, receive adequate and timely supply of foodgrains through the public distribution system, have access to clean drinking water and sanitation, get rights over forest produce and avail basic amenities like housing, roads and power supply.

Tribal communities, too, find a special mention in the policy. Apart from community engagement and enhancing public health service delivery, it plans to combine traditional knowledge of food from indigenous tribes like Gond, Baiga and Bhil with nutrition awareness.

The focus on local and fresh food is clear in the policy. It has provision to enable self-help groups (SHGs) to promote locally available and diverse food for children aged three to six in anganwadis. Also, the policy proposes to establish a decentralised supplementary nutrition programme via SHGs to ensure timely distribution of quality take-home ration for children between six months and three years, pregnant women, lactating mothers and adolescent girls.

The draft policy stresses on the life cycle approach to eradicate malnutrition. The life cycle approach focuses on the first 1,000 days of a baby’s life, from conception till it turns two. Focusing on this period increases the child’s chance of having a healthy and productive life in the future and helps to break the intergenerational cycle of poverty. As maternal nutrition is important, the policy also seeks to address gender issues, provide better health care, promote education and skill development programmes.

While all this looks good on paper, ensuring that the policy is well implemented will define its success. The draft policy, therefore, provides for a social audit to ensure transparency and accountability. “The state would adopt an extensive community-centric process of nutrition programme review and validation with the involvement of community groups, which will be followed by Poshan Sabha (meeting on nutrition) [and] Jan-Sunwai (public hearing) on nutrition and health,” reads the policy document. “This would be binding on all implementing departments to adopt this process for creating accountability at the field level.”