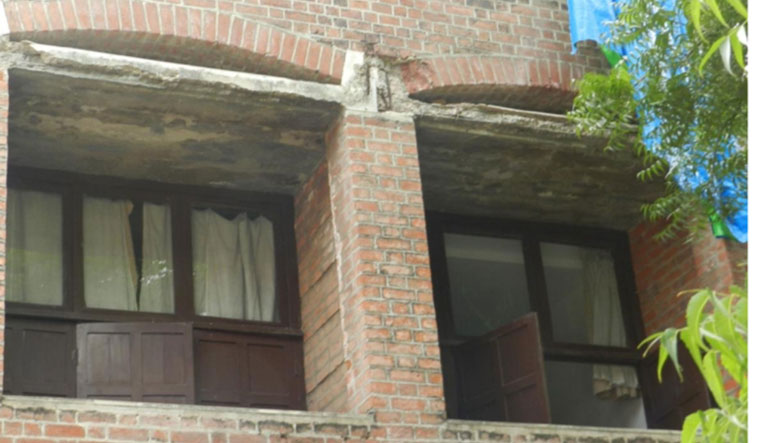 Raghuram Rajan, Mallika Sarabhai, Kiran Karnik, Arvind Subramanian, Ajaypal Singh Banga, Harsha Bhogle, Chetan Bhagat.... These are a few of the names that are part of the Indian Institute of Management Ahmedabad’s 33,000-strong alumni base.

But, that base is now divided over IIMA’s decision to demolish and rebuild at least 14 of the 18 dormitories in the iconic red-brick campus designed by American architect Louis Kahn. Kahn’s children wrote to IIMA director Errol D’Souza, urging him to reconsider the decision and preserve the legacy of their father, who died 46 years ago.

On December 23, D’Souza wrote to the alumni informing them of the circumstances that led to the decision. He explained that the buildings were dilapidated and also shared the advice given by international restoration consultants. What seems to have irked many is D’Souza’s statement that the bricks used by Kahn were not “best in class”; he cited Indian Standards (IS 3102-1971) to say the bricks were second class.

Architect B.V. Doshi, who had convinced Kahn to take on the IIMA project, said that the American architect had spent 14 years to make the campus what it is. The Padma Bhushan awardee said Kahn had agreed after he was told that Swiss-French architect Le Corbusier had designed buildings in Ahmedabad. He added that Kahn only charged travelling expenses to and from the US for the job. 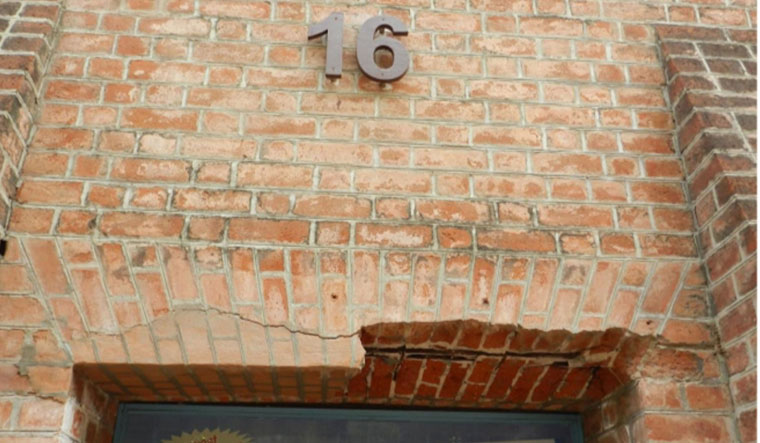 Doshi said that Kahn had used the best bricks available at the time and had adapted to local conditions. Nothing has happened to the brick arches, he said. “It is not a question of quality and nothing is [about] to collapse the way it is being talked about,” said Doshi. He added that if the argument was that the buildings are harmful to students, then all historical sites are harmful and should be closed to the public.

Professor Anil Gupta, visiting faculty at IIMA said: “There have been instances wherein portions have fallen off, but there hasn’t been any serious consequences. But then, safety of students is paramount.”

Sarabhai said that she was against the current proposal. “For someone who led a march in 1973 to have a dorm for women on the campus, I strongly feel that they should not be destroyed,” she said. She added that other buildings of this age have been restored. IIMA is a symbol of transparency and this decision was sudden, she said. 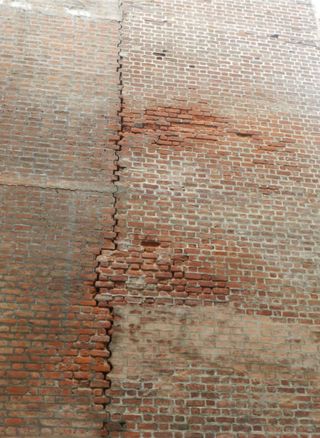 Architect Mansee Bal Bhargava said: “We are talking about two things—the legacy of the architect and the liveability of the building. The latter has been discussed internally but has not come out.” She added that there was no denying that the condition of the buildings were not good, but it is important to know what the new design will be. (It is too early for details of the rebuilding to be made available; as of now, IIMA has invited architects from across the world to present options that are in sync with the “grammar” that Kahn envisioned.)

Kalpen Shukla, president of the Mumbai chapter of IIMA’s alumni association, said there was due consideration to retain Kahn’s legacy. “We saw the structural damage that has taken place,” he said. “Dorm 15 was taken up as a case study. It was estimated that the cost of restoration/reconstruction would be 03 crore to 05 crore.” According to him, the earthquake in 2001 had damaged the plaza and adjoining structures. In 2017, IIMA had sought funding support from the public for conservation and restoration of the heritage campus and had received substantial funds. The institute restored the library; the Louis Kahn Plaza, where the convocation takes place; and Dorm 15. The other three dormitories being restored are Dorms 16 to 18, which along with Dorm 15 and the Louis Kahn Plaza are the first buildings that a person entering the campus would see.

Shukla said that the storm of negative reactions could have been avoided with more inclusiveness. D’Souza told THE WEEK that stakeholders were invited to a “roundtable reflection on the conservation of dorms” in November 2017. “Their inputs were considered in meetings of the building committee and board,” he said. “The institute has made consultation a part of the process.” T. Muralidharan, chairman, TMI Group, and an alumnus of IIMA, said: “The board is very competent and they have come to a conscious decision. We have no business to advise them. They won’t do it casually.”

D’Souza said IIMA was always receptive to suggestions. “Even now, given that some feel they have not been heard, a forthcoming meeting of the board will take note of the recommendations that are coming in and will deliberate on the way forward,” he said. If so, why the controversy? “Beats me,” said D’Souza. “Ask those who created it.”