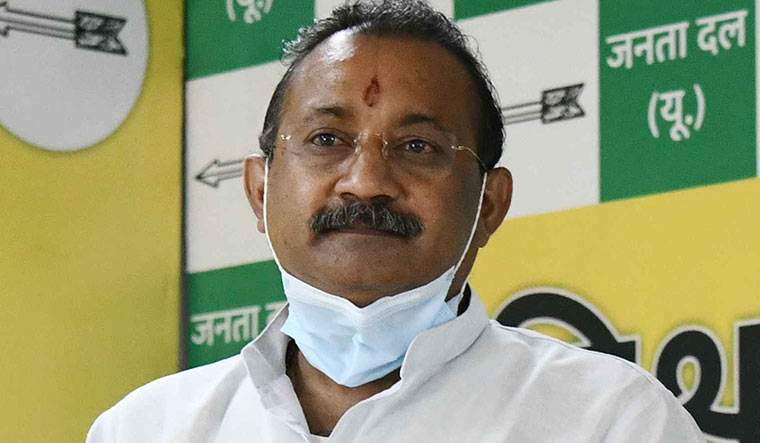 How was the election campaign?

When there are elections, people create perception. Every political party does that. But in the last 15 years, there has been development. Chief Minister Nitish Kumar is credible. He has delivered and people see what has changed.

NDA leaders reminded people about Lalu Prasad’s 15-year rule. Do you think that could have influenced voters?

There would have been new voters this time who were three years old when Nitish ji took charge in 2005. They did not see the RJD (Rashtriya Janata Dal) rule, but have seen the changes. There was a caste feud in the state; there were 118 massacres in central Bihar. There was state-sponsored criminal activity.

First-time voters may not have witnessed this, but they are aware. They (RJD) want to come to power again. For what? Lalu Prasad is convicted for corruption. And the person who wants to become chief minister (Tejashwi Yadav), how old is he? What is his education? How much wealth has he accumulated? From where did he get all this? [From the] state exchequer. Voters would have considered all this.

But Tejashwi Yadav’s offer—sanctioning of 10 lakh government jobs—became a talking point. Do you think unemployment is an issue?

Bihar is a densely populated state, and the population of youth is very high. In the last 15 years, not everyone could be given jobs. But the chief minister has given ‘seven resolves’ in which he insisted on livelihood for and economic empowerment of the youth. Things cannot be done overnight, but the chief minister started the process. Earlier, charwaha vidyalayas (school for cattle grazers) were set up. Nitish Kumar set up IITs, NIT, MBA and law institutes and universities. He is working to skill and empower the youth.

Lok Janshakti Party chief Chirag Paswan is confident. Do you think he had the BJP’s tacit support?

Every individual wants to have his say during elections. Chirag is also the same. He was looking for a bigger chunk in the NDA, but he did not get it. So he is trying to create his own space in politics. But will that happen? Will people take him seriously? What happened during the Lok Sabha elections? Chirag was seeking Nitish ji’s help and urging him to visit his constituency and campaign there. Now, Nitish has become a bad person? People understand all this.

Are these elections a referendum on Nitish Kumar or will the regime at the Centre have an influence on the results?