How a wrestling-crazy town in Karnataka is churning out champions 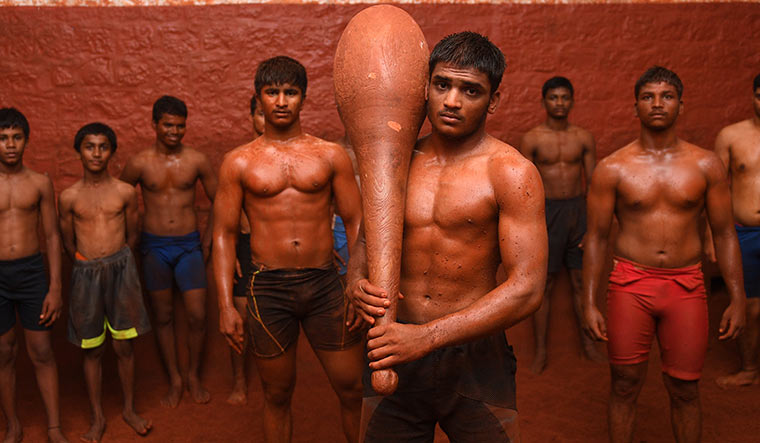 Strength in numbers: Wrestlers at the Jai Hanuman Vyayam Shaala in Mudhol.

IF THE FIELDS OF HARYANA grow a golden crop of wrestlers, a garden in Karnataka is planting seeds of its own. Mudhol, a wrestling-crazy town in Bagalkote district, has quietly been churning out grapplers with the potential to reach podiums. The latest being 17-year-old Ningappa Genannavar, who won the Under-17 Asian Championships gold in 45kg freestyle at Bishkek, Kyrgyzstan, in June.

The love for wrestling comes naturally to the people of Mudhol. The town has loved the sport since before independence, thanks to the patronage of the local king Nanasaheb Ghorpade. And though the support ended when Karnataka became an Indian state, a veteran wrestler Ningappa Vastada started the Vyayam Shaala to nurture new talent. The three-storey akhada, sandwiched between buildings, comes to life at dawn when trainees, as young as seven, throng the gym to hone their skills. 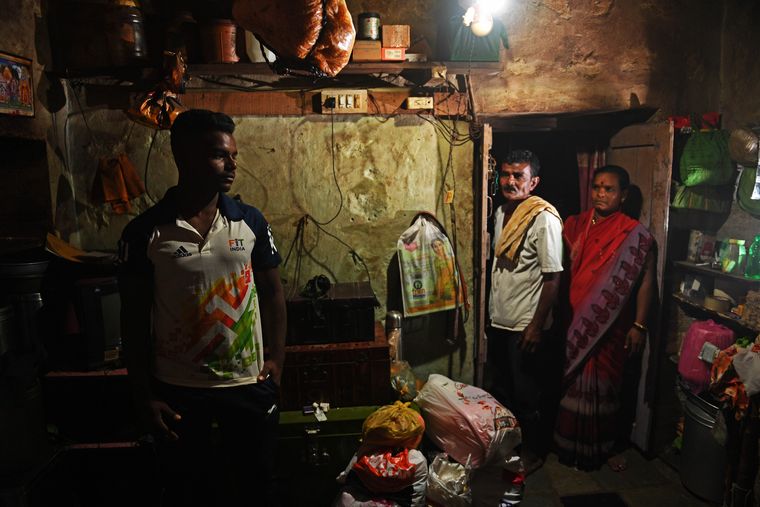 His family at their home in Mudhol.

Karnataka’s traditional garadi mane (wrestling houses) are reinventing themselves to become modern wrestling centres. In 2010, Govind Karjol, a minister in the B.S. Yediyurappa government, had ensured that the Mudhol akhada got a new hall and a mat.

Today, the akhada has a traditional mud pit on the ground floor, a mat hall on the third floor, and posters of Sushil Kumar, Bajrang Punia, Yogeshwar Dutt and Sakshi Malik on the walls. It is also a symbol of communal harmony—Bajrang Bali and Ali Moulaali share space and are worshipped every Saturday and Thursday, respectively. “It is a unique legacy of this place and sports always brings unity among people,” says Arun Kumakale, Ningappa’s coach in Mudhol and a kusti sahayak (wrestling assistant) at the taluk stadium.

The akhada flaunts its long list of achievers in its hall of fame on the first floor. There are banners with photos of students who have won medals in state-level competitions and got selected to government sports hostels. 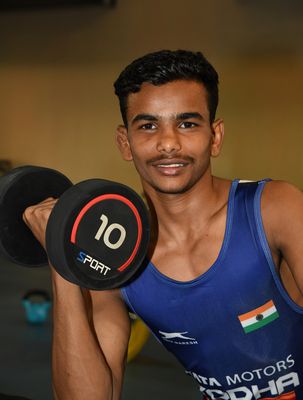 “We offer free training to all 70 students (including girls) at our centre,” says Kumakale. “Every year, at least a handful of them get selected by the various sports hostels in the state, while many win medals at the state and the national level. At our akhada, we catch them early. We do not train them in wrestling, but let them play and observe senior wrestlers practise. That motivates them to pursue the sport and also develop stamina quite early in life.”

Says former grappler Kalmesh Hanagodi: “In Mudhol, people’s support has been good. Every year, we organise state-level tournaments fully funded by our patrons. The wrestlers from Mudhol have always [done well] in state- and national-level championships. We need a sports hostel in Mudhol as there are enough promising wrestlers.”

Though international competitions and medals are the goal, traditional wrestling is not neglected. In fact, it is still a huge draw during local fairs and festivals. The kusti mannu (wrestling soil) is a special variety brought from the hills of Gokak in Belagavi. “The mud is treated with buttermilk, lemon juice, camphor and coconut oil to help retain its fertility,” says Kumakale. “It is therapeutic, too.”

Mudhol natives frequent the akhada and take a personal interest in the progress of the wrestlers. They spend their evenings watching the training sessions and offering tips to the grapplers.

For parents in the area, it is the lure of a government job that makes them encourage their children to take up wrestling. “Sportspersons get preference in government jobs, be it in the police or the railways,” says Kumakale. “During the pandemic, parents realised the importance of a healthy body and mind. They want their children to indulge in fitness activities rather than falling prey to some form of addiction.”

In 2001, Kumakale won a silver medal in the nationals but could not continue; his father’s death plunged the family into financial uncertainty. Poverty is common in many north Karnataka households. Ningappa’s family is no exception. “Ningappa and his elder brother Baramappa used to walk four kilometres every morning to reach the akhada, practised for two hours and went back home before rushing to school,” says Kumakale. “He would also come to the akhada in the evening. He has made us all proud as he did not let anything get in his way, not even poverty. Wrestling is a costly affair. Many children who come here have little to eat but it is their passion to learn wrestling that keeps them going. Sometimes, I cut down on the exercise when I realise they have not had food. My students attend practice sessions in the morning and evening for two hours each. That is why they qualify for admission into the state-run sports hostels in Davanagere, Belagavi, Haliyal, Bagalkote and Gadag every year.”

Says Hanagodi, who was a student of Ningappa Vastada and made it to the Belagavi sports hostel in 2001: “Today, the sport has moved from the mud to the mat and students are being trained for free. The government should support aspiring wrestlers by extending monetary benefits as most children are poor and cannot afford nutritious food or training.”

Says Ningappa’s father, Prakash, a landless labourer: “My elder son got into the Belagavi hostel. But because we did not have enough money, we called him back within a year. Ningappa was always determined. When he was 13, he went alone to Mysuru to take part in a competition; I did not have the money to go with him. I had managed his travel expense by selling our goat for Rs3,000.”

When he was in class four, Ningappa could not get into the nearest sports hostel as he weighed just 25 kilos—the prescribed weight for his age group was 32 kilos. He was again rejected in high school. However, he remained focused and won seven gold medals in state-level championships and came third in the nationals held in Kota, Rajasthan. He was then picked to train at the National Centre of Excellence in Sonepat, Haryana, in 2019.

Prakash says he is happy with his son’s latest gold, but is also worried about money. “My annual income has never exceeded Rs50,000 and the expenses are touching Rs3 lakh. At the hostel, he would need milk, ghee, almonds, fruits and supplements, and all these are additional expenses which need to be borne by the family. I wish the government supports my son and all other children who are pursuing their goal in sports.”

Ningappa’s journey is just starting. After his gold in Kyrgyzstan, the young grappler lost in the first round at the Under-17 World Championships in Rome. He was outclassed.

His journey, however, has inspired many back home. Prabhavati, a class five student, started training when she was five and has got admission into the Dharwad sports hostel. “I love wrestling and I am happy that I got direct admission into the hostel as I had won gold in local tournaments,” she says. “One day, I hope to win a national tournament, too.”

Mudhol hopes for the same, and more.