Men’s uniforms were being cut up and restitched for the women: Vinod Rai 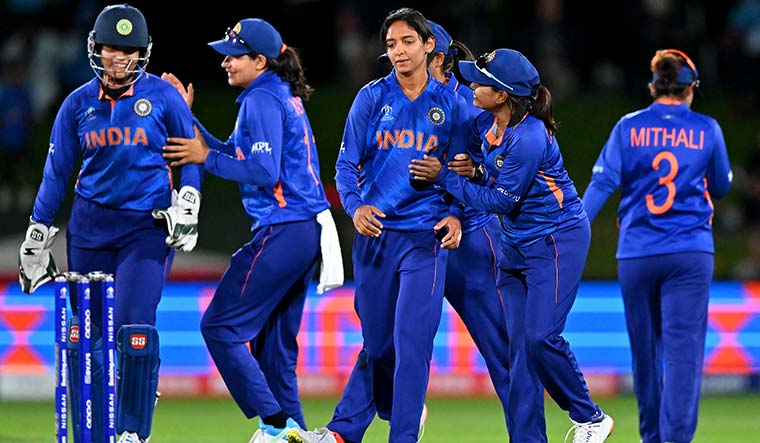 Women and the blues: The Indian women’s team during the ODI World Cup in March | Getty Images 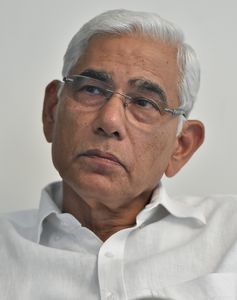 VINOD RAI’S time as head of the Supreme Court-appointed Committee of Administrators can best be described as a hectic car ride on a road full of potholes. It lasted far longer than he had imagined—33 months.

In Not just a Nightwatchman, Rai writes about how the CoA innings went. The formation of the CoA was not good news for cricket officials and it was not surprising for Rai and his team to encounter barricades propped up by “detractors” along the way.

The BCCI, led by president Sourav Ganguly and secretary Jay Shah, are allegedly cherry-picking from the new constitution and continue to hold sway because of the Supreme Court’s delay in deciding on the validity of their posts.

In an exclusive interview with THE WEEK, Rai talks about his tenure and answers all questions with a straight bat. However, he refrains from commenting on the current situation in the BCCI. Excerpts:

Q/ In hindsight, could you have done certain things differently?

A/ I do not think so. I have mentioned [in the book] that if we had known [about it] earlier, the Anil Kumble issue could have been handled differently.... (Kumble decided to step down as head coach of team India in 2017, following alleged differences with captain Virat Kohli). I did not have the foggiest idea that Kumble’s tenure was coming to an end and that he had only a one-year tenure. His contract did not have an extension clause. Every time I would talk to him, I could see the pain in his eyes and I would say to him, “Yes Anil, we could have handled it differently, but you tell me how— what could have been the option?”

Suppose we had extended the contract and one person went to court and got a stay. Detractors were waiting for us to make a mistake, and the same detractors asked why we simply could not extend it!

Q/ Would you agree that there were a lot of people who tried to undermine the CoA’s work?

A/ There were a lot of people who disagreed very vocally because we were running the BCCI the way the Supreme Court wanted us to. This was not the way they had been running it. So, obviously, they disagreed, but we were totally unmindful of them.

Q/ When Kumble decided to not continue as coach, do you think too much power was vested in the captain or players to decide this?

A/ I do not think it is correct to say [that the] captain had a say in it. When I discussed with Virat, he did not say he had these reservations about Kumble. What Virat and the team management said was that the younger players were intimidated by that (Kumble’s) attitude. I have never [had a meeting with] Kumble and Kohli [together].

Q/ When Ravi Shastri was reappointed as head coach, there was a sense that the whole Kumble affair was allegedly orchestrated to get Shastri back.

A/ To be very frank, I heard this, too. The entire point is—orchestrated by whom? We were rank outsiders; it did not matter to us. And I have already said that, had there been an extension clause, we would have given him (Kumble) the extension. To a certain extent, I discount the hypothesis that this was orchestrated to get Ravi back. On the other side, there was also a strong undercurrent against the captain getting his way. I have not talked of it [in the book] because it was only an undercurrent.

Q/ With the BCCI, it appears that, more things change, more they remain the same.

A/ I am hearing it from you; papers do not carry this at all. It has been my principle—when I leave an institution, I cut my umbilical cord with that institution. I follow cricket very closely even now, but [not the] administration. I do not know anybody in the BCCI now and I do not call anybody.

I really do not know what is happening, [so] it will be unfair for me to comment on it. But one good thing is that cricket is happening; they conducted the IPL (Indian Premier League) during Covid-19. But I have no idea what is happening inside. 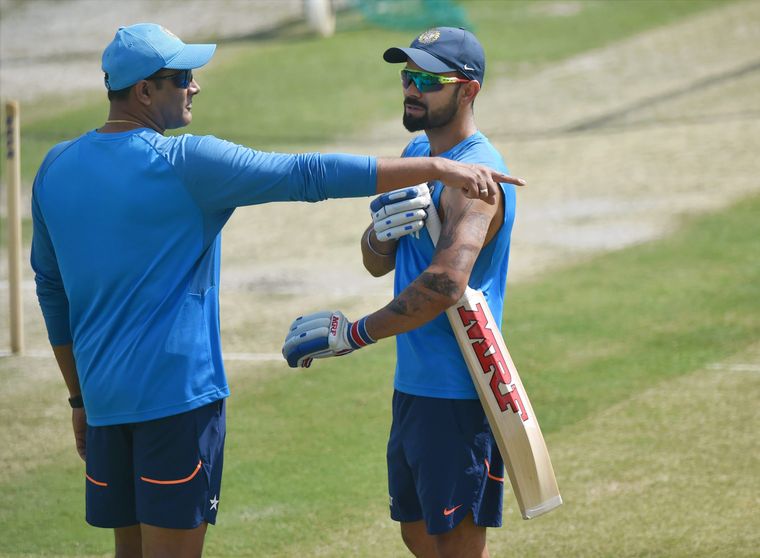 Q/ How would you describe your experience of running the BCCI?

A/ Any large institution needs to be administered properly, along with a code of administration. Which means there should be good governance. There should be transparency, accountability of the decision maker and there should be willingness to share information. That I found was lacking in the BCCI.

I discount all this talk of administrators staying beyond three years, because there is nothing that anybody cannot imbibe in six months. We (CoA) know what a boundary and a sixer are, but we were not into cricket administration. But it did not take us two months to get to the granular level of managing it. We left the team and players alone; we only handled other issues.

Q/ In women’s cricket, the issues that were there during your tenure persist, be it controversy over the coach’s appointment or team dynamics.

A/ I do not think women’s cricket has been given the attention it deserves. Unfortunately, women cricketers had not been taken seriously till about 2006, when Mr [Sharad] Pawar took the initiative to merge the men’s and women’s association. I was aghast to know that men’s uniforms were being cut up and re-stitched for women’s players. I had to ring up Nike and tell them that this was not on and that their design would be different.

I sincerely believe the girls deserved much better [when it came to] training, coaching facilities, cricketing gear, travel facilities and, finally, match fees and retainers. That was lacking and we tried to rectify it.

Q/ Do you think women’s cricket does not get the same attention as men’s cricket in India because men bring in the moolah for the BCCI?

A/ I do not know how the BCCI is handling it now. [India opener] Smriti [Mandhana] had given an interview somewhere and she was very mature. She said that the day we (women) start bringing in the revenue the men bring in, we have the right to dictate [terms].

However, men’s cricket was given the focus and attention when they were not bringing in this moolah! That is why I think there should be a whole BCCI unit handling women’s cricket and not one person. They deserve the whole backup.

Q/ There is belief within the BCCI that if the women’s team wins an ICC (International Cricket Council) trophy, then things will change for the better. Do you agree?

A/ That is an alibi for not doing things. Unless you give them support, how are they going to win a trophy? If they could not win in Australia or England, [then] the main thing was mind conditioning. Every team has those mental trainers and sports psychologists.

My regret was that I had not given due attention to women’s cricket till the match in which Harmanpreet [Kaur] scored 171* in the 2017 Women’s World Cup [against Australia]. She told me: “Sir, I was cramping so I had to hit sixes as I could not run much!” They were told at the hotel that they could not get the food they were supposed to, so they had samosas for breakfast that morning!

Q/ How easy or difficult was it to run the CoA with just you and former cricketer Diana Edulji left?

A/ It was not difficult. She is a devout cricketer and always speaks her mind. At no point did she allow my opinion to prevail upon her. But you must understand that we both come from very different backgrounds. We differed on the #MeToo allegations against [then BCCI CEO] Rahul Johri; another was the [captain] Mithali [Raj] versus coach (Ramesh Powar) issue.

Q/ Why were the #MeToo allegations against Johri difficult to handle?

A/ It unfortunately generated adverse publicity. I was aghast to learn that, for a big organisation, the BCCI had no PoSH (Prevention of Sexual Harassment) committee in place. We (CoA) set up that committee. If that had been there and there was a genuine complaint... people could have approached it.

Diana wanted to dismiss him (Johri). I said fair enough, but we must follow procedure. If not, he could always go to court. I said in a meeting that, after 40 years of administration, if somebody I dismiss without show-cause and proof slaps a defamation suit against me, it would have been a slap on my face. And it would have happened.

Q/ Would you say Indian sports bodies need to be better governed?

A/ All sports bodies are in the same boat. The documentary Death of a Gentleman was on the ICC; it unravelled [that] the BCCI is a different thing. You know what has happened with FIFA. There is a huge problem with every Indian [sports] body. There is an element of “capture”. There should be a code of conduct or statute to govern them. Unfortunately, [this is] not there even though [it is] drafted and prepared. 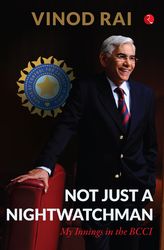 Not just a Nightwatchman: My innings in the BCCI