Younger people have been coming into money much faster 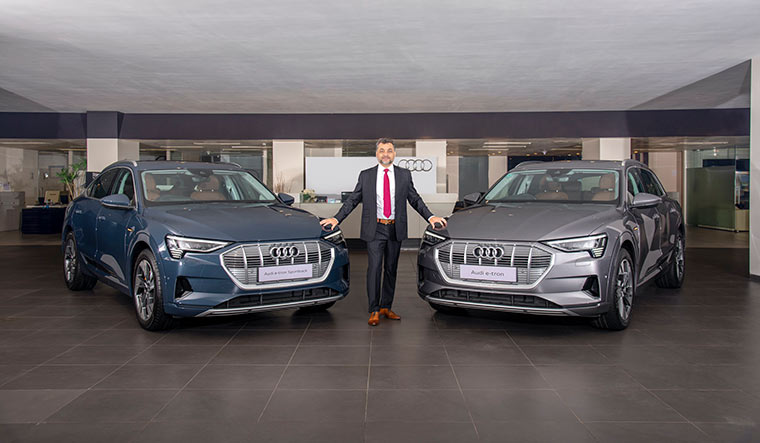 If you have ‘arrived in life’, what is the best way to tell the world? Well, you arrive in style, of course, on some very fancy wheels! “Having a Louis Vuitton bag or a Mercedes-Benz car or a Rolex watch―these are the signs of having arrived in life, and something that places a higher reference in the Indian context,” said luxury consultant Arvind Vijaymohan. “Earlier, even conservative people thought twice about getting them. But now, there is a percolation of luxury values across the board. There is a certain comfort in spending.”

Small is beautiful, but big is bountiful, as Indian car buyers have shown in recent years, distinctly switching their preferences to premium cars. And this has meant luxury cars achieving the quickest revival in any category since the pandemic. “Post-Covid, the YOLO (you only live once) attitude has given rise to the indulgence quotient. There is also an increase in disposable income along with pent-up demand, which is aiding growth in the luxury car segment,” said Balbir Singh Dhillon, head of Audi India. “The pace will pick up in the months ahead. With the upcoming festive season, we are expecting good growth on the back of sustained demand.”

While the auto industry in India is struggling to reach its pre-Covid peak of 44 lakh vehicles―sales were just at 37 lakh last year―the luxury car segment hopes to achieve a full revival once this year’s festive season sales are complete. Audi witnessed a growth of 49 per cent in the first six months of this year, and Mercedes-Benz India MD and CEO Martin Schwenk had exultantly declared that 2022 was going to be the company’s best year in India. BMW Group India president & CEO Vikram Pawah recently commented that luxury car sales in India could even triple in size if the government does away with the cess.

It is indicative of the dramatic shift that is fuelling the growth of the luxury car industry in the country.“Wealth has got younger,” said luxury consultant Deepa Harris Misra. “Traditionally, wealthy customers were much older―maharajas, people who had made their fortunes, the landed gentry. Today, younger people have been coming into money much faster, from tech millionaires to industry scions.”

And these young consumers behave differently―from being comfortable about shopping phygitally (as information and buying decisions are today done “seamlessly to bridge the digital and physical worlds”) to what the car’s impact on the environment will be and how a particular model of a car (EVs) reflects their personality.

“The evolved luxury customer has been there, done that, and is now conscious of the choices they make in life,” said Misra. “The second bit is the personalisation. They are saying ‘I want to own this car, but can [this car] kind of reflect who I am?’ All that personalisation comes in, which car companies have been doing.”

It also explains the high traction that electric cars have gained in the luxury space, considering that paying a premium is not a hassle for these affluent customers. Mercedes EQS, an electric car, was sold out just a day after its launch in India. As was the Lamborghini Urus. BMW, which launched three electric cars in six months, claimed they were “sold out in minutes”.