It’s all in the mind

When a man and a woman give fictional characters a chance 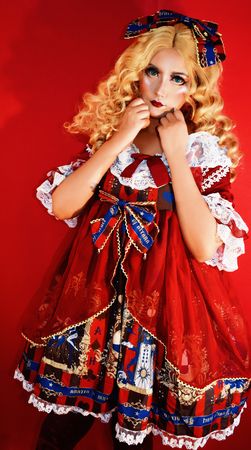 Animatedly yours: Pracheta Banerjee is in love with an anime character.

Many of us might have called a fictional character our first love. But how many of us would go to the extent of marrying them?

In 2018, Akihiko Kondo and Hatsune Miku made headlines for their odd pairing. ‘The Man Who Married an Anime Hologram’, screamed the news. While it may not seem that far-fetched a possibility in anime-crazy Japan, where there are hotels in Tokyo that allow people to spend a night with their ‘characters’, it does offer a lesson in coming to terms with a new arrangement—fictosexuals. Depressed and bullied, Kondo, a school administrator, found solace in the afterglow of a smart device that contained a twinkling, holographic Miku, a computer-generated pop singer. They dated for 10 years before tying the knot. Their dates consisted of meals and museum tours and they honeymooned in Hokkaido. But how does he answer a scornful world that does not get his relationship? “I don’t understand the feelings of ‘men who like men’, but I can respect them. I would be grateful if you could respect me as well,” says Kondo in an email interview with THE WEEK.

Are there fictosexuals in India? Pracheta Banerjee from Kolkata thinks she is one. She also calls herself a demisexual where one can have any gender identity, but they only feel attracted to someone they have an emotional bond with. She is inspired from Harajuku fashion that celebrates wild, colourful street styles in an eponymously titled Tokyo district. She is particularly into the Lolita subculture from Harajuku. In 2005, Banerjee, an award-winning artist and cosplayer, started to feel an intense emotional connection to an anime character—Inuyasha.

At first, Banerjee had great empathy for the character—Inuyasha, an orphan hated by his half-brother, fights for women and respects everyone’s privacy. She also liked the show’s animation and storytelling. But soon she found herself falling in love with Inuyasha. It was something she had never experienced before and it took her months to open up about it. “At first, most people didn’t understand how serious I was until they saw me being in love for years, even to this day. So they accepted it, understood it and supported me,” says the 28-year-old. “But yes, if I fall for a real living person, there will always be a huge celebration because that is almost a miracle for me.”

Banerjee says that what she feels for Inuyasha is no different from falling in love. “It is just that the person isn’t real, but a piece of fiction,” she says. She took to drawing because of her love for Inuyasha. “I felt that art was like the only language I could use to connect to Inuyasha,” says Banerjee, who has won the prestigious Millarworld Award in 2016 for comic art.

Kondo is already married to his dream character. “I just want to live in peace every day,” he says. Banerjee says she feels unconditional love and admiration for Inuyasha, who gets married in the series. But would she marry a fictional character? “In a heartbeat,” pat comes the response.