Monkeypox will not reach pandemic proportions in India: Dr Pragya Yadav of NIV

Community-level transmission will happen at a slow rate, says the senior scientist 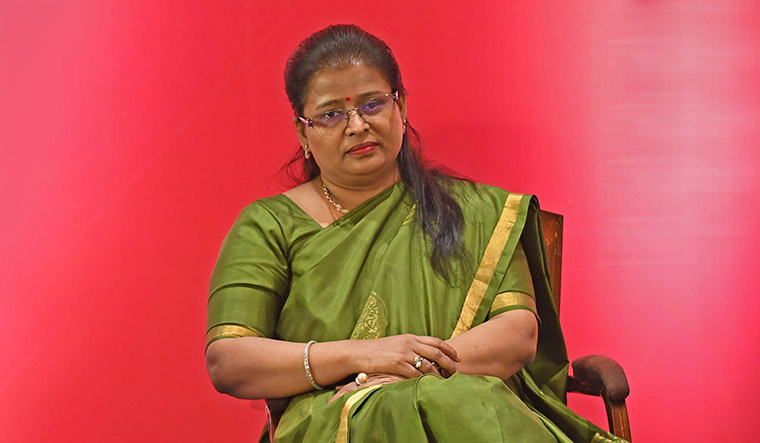 As in the initial days of Covid-19, all samples of monkeypox cases in India are being sent for testing to the Indian Council of Medical Research-National Institute of Virology in Pune. India has so far confirmed four cases of monkeypox. In an interview with THE WEEK, senior scientist Pragya Yadav talks about how the virus spreads and whether India needs to be concerned about the disease. Excerpts:

Q/ How concerned should India be about the monkeypox spread?

A/ [People in more than] 75 countries have already been infected. We can only imagine how many more cases are waiting to show up in the coming weeks. A challenge is that people hesitate to approach doctors. So we don’t really know the exact number of cases. Then there are congested communities in slum areas where the chances of transmission are very high. But even then it will not reach pandemic proportions—that is for sure. The community-level transmission will happen at a slow rate.

Q/ So the transmission will not be as high as it was with Covid-19?

A/ No. A document circulated by the World Health Organization has calculated the number of cases month wise and week wise. If one were to analyse the numbers, one would see that until May there were hardly any cases. And then, suddenly in July, it peaked.

This virus has two genotypes—central African and west African. The current outbreak is with the west African strain, which is less pathogenic and has low mortality. The risk will be to those individuals who are immuno-compromised and have co-morbidities. But they will recover. The challenge is that the recovery period is two to four weeks. So, they have to stay in isolation for a month until full recovery. But the reproduction number during Delta was six—that is one person could infect six persons. And during Omicron, one person could infect 10. But for monkeypox, it is just one. So the spread is much slower.

Q/ According to the WHO, many of the monkeypox cases have been seen in men who have sex with men. Is it the same for cases in India?

A/ All four cases of young adult males are of men who have sex with men [MSM], but they don’t reveal that. This is because of the stigma in society. One showed us a heterosexual history; the second one denied, the third one, too, denied it. They didn’t open up.

A/ Assuming that parents or the elderly are infected, children will contract the infection—especially if the parents are not aware that they are carrying the virus. If they have lesions, then it is very infectious and children can contract it.

Q/ WHO officials said they were exploring the possibility of the virus spreading via new modes of transmission. Please explain.

A/ Initially, it started with MSM, but if people are infected they infect everything around them, including linen and surfaces, and other people can get infected, too. Also, even if it is not as infectious as Covid-19, it can spread through droplets. Coughing, sneezing or those with infected blisters can cause transmission. This is very contagious, but not deadly or extremely severe like the smallpox virus. In a country like India, those over the age of 45 must have already gotten the smallpox vaccine. So that will give 60-70 per cent protection against monkeypox as well. But those below the age of 45 will be susceptible to the monkeypox infection.