Titanic at 25: The survivor from India who never returned 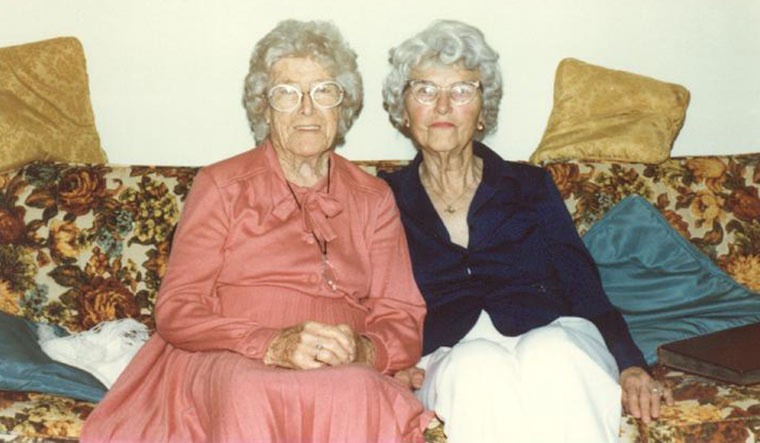 Don Lynch, a historian at the Titanic Historical Society (THS), first heard of Ruth Becker Blanchard in 1975. Ruth was 12 years old when she survived the sinking of the Titanic on April 14, 1912. She was 90 when she died of age-related ailments in California in 1990.

Lynch says Ruth had an important Indian connection—she was born and raised in India. “The last Titanic survivor to have a really good memory of the ship was someone from India. Ruth was an American, but she grew up in India. She could tell the story of the fateful day from start to finish. She gave us a wonderful account of the sinking,” says Don over phone from Los Angeles.

Some of Ruth’s evocative recollections became dialogues in James Cameron’s Titanic, spoken by an older Rose portrayed by Gloria Stewart. In an early scene, when Rose looks at images of the ship’s ruins, she is gently prodded by researchers to recollect her memories of the ship. Before long, she raises her hand for silence and starts, “It’s been 84 years… and I can still smell the fresh paint. The china had never been used. The beds had never been slept in.” In the biographical article on Ruth in the 1990 winter issue of The Titanic Commutator, THS’s official quarterly magazine published online, Don had recounted how the gleaming newness of everything was the ship’s most impressive aspect for her. 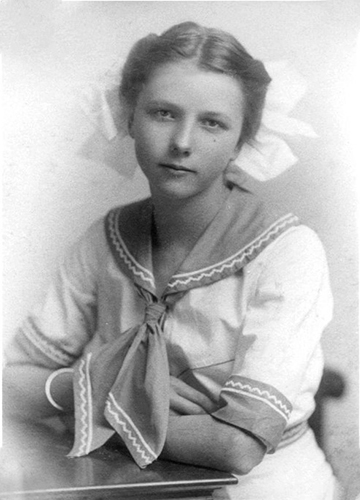 Don first met Ruth in 1982—the 70th anniversary of the disaster. She was 82 years old, a “tall, vibrant lady” who had just returned from a snorkelling trip in Mexico. It was in that memorable meeting in her Los Angeles home that Don learnt of her fascinating childhood in India.

As the youngest survivor of the Titanic tragedy, Ruth had recounted her ordeal to an American children’s magazine in 1913. After that, she had kept quiet for nearly 70 years. It was only when she began talking about it again, in her eighties and when Don met her, that even her children came to know the backstory.

In the 1990s, Don was hired by Cameron as he prepared to shoot the film. He was part of the first team that dived to the wreck in the bottom of the Atlantic. The elderly Rose might well have been conceived in Ruth’s living room in 1982.

“Ruth was 90 years old when she died,” says Don. “At the time, there were several survivors who were older than her, but they weren’t telling as good a story. They were like a broken record repeating the same stuff.”

Don joined THS in 1974, having nurtured a fascination for shipwrecks since high school. The 1955 classic A Night to Remember by Walter Lord, which provides a blow-by-blow account of Titanic’s final hours, proved to be a turning point for Don. He became obsessed about Titanic.

THS was cofounded in 1963 by Edward Kamuda, historian and Titanic specialist who dedicated his research to preserving the biographies of people on board the doomed ship. Don, who had earlier worked in a defence company, joined THS because of his academic interest in one of the greatest maritime disasters in history. He is now THS’s official historian, and responsible for bringing out The Titanic Commutator, an invaluable resource for Titanic scholars and enthusiasts around the world.

According to Don, Ruth’s father, Allen Oliver Becker, served as a missionary in India. After marrying Nellie E. Baumgardner, who came from a prominent Ohio family, the Beckers set sail for India in 1898 and landed in Guntur in December that year. They settled in Narasarowpet, some 45km southwest of Guntur. Ruth was born in 1899, reportedly the first Caucasian child to be born in Guntur. She enrolled in a boarding school in Kodaikanal. In 1907, her brother Luther died because of a tetanus infection. Her other siblings, Marion and Richard, were also born in India.

The Beckers could not take to the “harsh climate” of undivided India. Nellie feared she might lose another child, so she wanted to leave. So, on March 7, 1912, Nellie and the children travelled to London from Madras. The journey lasted around a month, and on April 10, they boarded a train for Southampton and finally boarded the Titanic on April 12.

“They took the Titanic just because it was leaving and they had to get to America. It had nothing to do with it being the maiden voyage. They just took the next ship available, and it was the Titanic,” says Don.

Don remembers Ruth recalling how she could not manage to speak to her co-passengers because her English was heavily inflected with Telugu; how her mother had sewn a $100 bill into her coat before the journey; and how she did not remember eating anything at the opulent dining room. She could well have blacked out the room from her memory bank, as most of her table companions died.

The Beckers survived the sinking, but none of them would visit India again. “Ruth’s father, the Reverend Becker, would have wanted to; he loved India. But her mother did not,” says Don. “The climate, the famine, the epidemics, losing a child, and then, of course, the Titanic. She would never cross the ocean again. Ruth, too, never went back to visit either. She probably would have liked to, but it never really came to pass.”