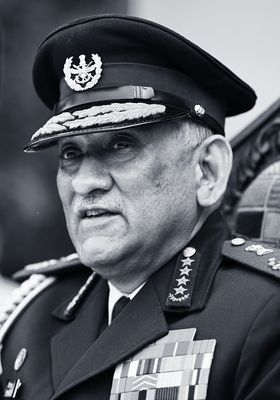 In late December 2019, when the Union government appointed General Bipin Rawat as India’s first Chief of Defence Staff, his job was to restructure military commands and utilise resources better by bringing about jointness in operations. The target was ambitious, but the general seemed to be on track.

Unfortunately, on December 8, General Rawat, his wife, Madhulika, and 11 others died in a helicopter crash near Coonoor in Tamil Nadu. The couple is survived by their two daughters.

General Rawat was born in Pauri, Uttarakhand, in a Garhwali Rajput family that had served the armed forces for four generations. His father, Laxman Singh Rawat, was from Sainj village in Pauri Garhwal district, and had been a lieutenant general.

The son climbed higher. In his latest role as CDS, the four-star general was a single-point military adviser to the government. He was to serve for up to three years; the government had extended the age of retirement to 65 years.

Though the office of the CDS does not have any operational role in the functioning of the services, the increasing complexity of modern warfare meant that India needed a CDS for an integrated approach to defence strategy.

In January 2020, days into his appointment, General Rawat started brainstorming on how to streamline coordination between the Army, the Navy and the Air Force. A few months later, he began to prepare for India’s biggest-ever military reform—reorganising the forces into theatre commands (like in the US and China) for synchronised operations in future wars.

General Rawat planned to have five such main commands—northern, western, peninsular, air defence and maritime—by the end of 2022. These commands would have specialised units from the Army, Navy and Air Force, and would be led by commanders drawn from the three services. The Indian military currently has 17 single-service commands. The three services, Rawat had believed, discharged their duties with a marked lack of operational synergy.

A group of ministers that studied the Kargil Review Committee (1999) report had first raised the demand for a CDS in 2001. The services initially feared that such a reform would lead to complicated turf wars. A former IAF chief had said that the theatre commands would increase spending without ensuring commensurate returns. The Air Force, which has limited assets, was also concerned that the Army would dominate military strategy. General Rawat’s remark that the IAF—the world’s fourth largest air force—was a “supporting arm” like the Engineers had upset many. The Air Force’s resistance to the theatre command idea means that it is stuck in limbo. 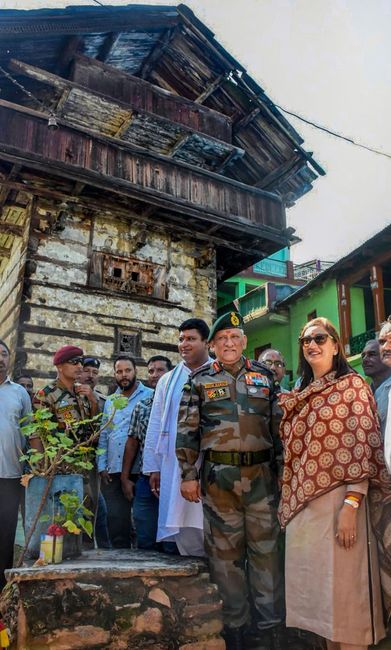 General Rawat also planned to have a separate training and doctrinal command modelled on the US structure, and a separate command to take care of logistical requirements.

Given that warfare was going to be more futuristic, he came up with the idea of Integrated Battle Groups—an ambitious combat formation aimed at making the force more lethal and technology-driven. Though some veterans said that it was not a novel concept, General Rawat gave it fresh dimensions. Brigade-sized and self-sufficient, the IBGs have elements of each arm and service, mixed together as per the terrain and operational requirements. They would be tailor-made, based on the three Ts—threat, terrain and task—and would strike swiftly against enemies.

While serving as Army chief, General Rawat wanted to make the 1.3 million-strong force leaner and meaner, and to enhance its combat capabilities. He commissioned four internal studies to enhance the operational and functional efficiency of the force, optimise budget expenditure, facilitate modernisation and address aspirations. He was the third officer from the Gorkha Rifles to become Chief of Army Staff, after Field Marshal Sam Manekshaw and General Dalbir Singh Suhag. He was Army chief during the Balakot airstrike in February 2019 and the 2016 surgical strike, and had supervised the cross-border counter-insurgency operation in Myanmar in 2015.

As CDS, he had to prioritise military procurement and questioned the wisdom of having three aircraft carriers. These, he had said, were costly and vulnerable to torpedoes; he favoured submarines and shore-based capabilities.

General Rawat’s bold and outspoken nature had led to some heartburn in the military fraternity. He had once denied hotel stay for officers on outstation duty, saying that such rooms were being used to “exchange briefcases”. He had called out soldiers who faked disability to claim the disability pension, sparking another row.

He had also awarded the Chief of Army Staff’s commendation card to Major Leetul Gogoi, who had tied a Kashmiri civilian to the bonnet of his Jeep, apparently to prevent stone pelters from targeting his convoy.

A few days before taking over as CDS, General Rawat had triggered another controversy by publicly condemning those leading “violent” protests. He had said that leadership was not about guiding people to carry out arson and violence, apparently in a dig aimed at the anti-Citizenship (Amendment) Act protests across India. Though many people criticised him for such statements, General Rawat was steadfast in his beliefs.

As for his legacy, the Army said he was a visionary who initiated far-reaching reforms in the military’s higher defence organisation. “He was instrumental in creating the foundation of India’s joint theatre commands,” read the Army statement, “and in giving impetus to the increased indigenisation of military equipment, a legacy which will be carried on and strengthened by successive generations.”