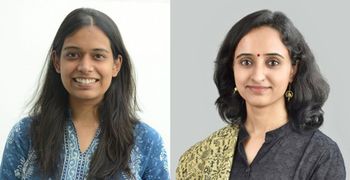 As of June 2021, 437 of 1,114 positions in higher judiciary are vacant (nearly 40 per cent), and case pendency is nearly 60 lakh. Between June 2020 and June 2021, the collegium recommended appointment of 83 new judges across High Courts. But with 76 High Court judges and six Supreme Court judges due to retire between June 2021 and June 2022, the vacancy gap is only going to widen if the collegium’s current pace of functioning continues. It is, therefore, imperative that Chief Justice of India N.V. Ramana take urgent measures to make appointments efficient and transparent.

One reason behind the widening chasm between retirements and appointments is the current procedure for appointment, premised on the Memorandum Showing the Procedure for Appointment of the Chief Justice of India and Judges of the Supreme Court of India (usually called MoP). The MoP bears no correlation between the time when a vacancy arises in the Supreme Court and when a recommendation for appointment is made. Such gaps need to be filled. Through the National Judicial Appointments Commission judgment of 2015, the Supreme Court directed the Union government to revise the MoP. It, however, remains stuck in a limbo with the executive and the judiciary sparring on contentious issues. It would be worthwhile for Justice Ramana to initiate the conversation on finalising the MoP and expedite the process at the judiciary end.

In the context of transparency, a grey area in judicial appointments is the criteria for determining suitability. The Constitution lays down the basic eligibility criteria, like age and years of experience at the bar. However, suitability, which is determined during consultation between the collegium members, hinges on informal criteria developed over time, ranging across geographic diversity, demography, and most prominently, seniority.

The absence of well-defined suitability criteria was exemplified during former chief justice S.A. Bobde’s term. In a bid to fulfil most of the factors in the informal criteria, the collegium did not make any recommendations to the Supreme Court. The recommendation of nine judges to the Supreme Court by the present collegium has come about after more than two years. Earlier this year, the collegium failed to arrive at a consensus on elevating Justice B.V. Nagarathna. Her elevation would have come ahead of Justice Abhay Oka’s, her senior in the Karnataka High Court, running contrary to the seniority convention in recommending judges from High Courts to the apex court. It is worth mentioning that both Justice Oka and Justice Nagarathna have been recommended for elevation. Justice Ramana should mull the possibility of devising a well-thought-out suitability criterion for appointment.

International declarations, such as the Beijing Statement of Principles of the Independence of the Judiciary in the LAWASIA region (1997), establish a link between appointments and merit. To assess merit, a set of objective criteria, catering to the judiciary’s functions, is paramount. Appointments should also be guided by the principles that the judiciary wants to stand for—one such being ensuring gender diversity on the bench. It is commendable that the recent resolution has recommended three female judges for elevation. Assuming all three get confirmed, female judges will still make up only 8 per cent of the sanctioned strength.

By bringing in transparency in criteria for judicial appointments and in the process and outcomes, Justice Ramana, in his short tenure, can have a long-lasting impact.