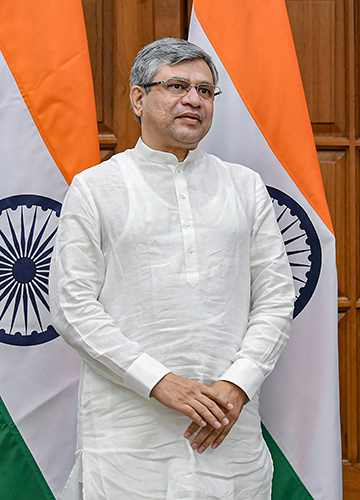 Contrary to the general assumption, Ashwini Vaishnaw is not from Odisha. The Union cabinet minister in charge of the power-packed portfolios of communications, electronics, IT and railways is from Rajasthan—his family hails from Pali and he grew up in Jodhpur. For all practical purposes, though, he is Odia. He is from the state’s IAS cadre, he was elected to the Rajya Sabha from there and he is an ardent follower of Lord Jagannath. In the first five days of his ‘cabinetdom’, Prime Minister Narendra Modi’s new blue-eyed boy sought blessings from the Lord of Puri four times.

Vaishnaw would need more science than spirituality, though, to rise to the task he has been asked to do. The reason Modi chose a low profile insider for the crucial portfolios is not hard to figure out—during his IAS days he was part of Vajpayee’s PMO; he has been a startup entrepreneur and has held corporate positions in the likes of GE and Siemens. The Wharton alumnus’s short tenure in the upper house of Parliament has seen him defending government laws crunching data, and he has often been called in by the PMO for inputs on policy and technology.

The rapid changes in the world of technology and its growing role in everyday life have raised the importance of Vaishnaw's portfolios stratospherically in recent years. Even while his predecessor, Ravi Shankar Prasad, seemed obsessed with a slugfest with Big Tech in general, and Twitter in particular, many legislations and reforms desperately needed for the rapidly changing world lagged by the wayside.

For instance, it is still 'future unknown' for the Personal Data Protection Bill—nearly four years after the government started working on it. Arguably, the single-most-important piece of legislation that could have formed a blueprint for a future tech-fuelled life, it has been mired in umpteen parliamentary committee hearings. Its original spirit as envisaged by the Supreme Court’s ‘Right to Privacy’ judgement, recommendations by the Justice Sri Krishna Committee and global role models like Europe’s GDPR has been undercut in the final draft.

Same with the rollout of 5G telecom technology. As Modi stormed back to power in May 2019, Prasad promised that 5G would be rolled out in 100 days. It has been some 700 days; a clear-cut 5G policy, spectrum auctions and clarity on trusted equipment providers are not yet there.

The health of the telecom sector is in need of an intervention. State-owned BSNL and the private operator Vi (formerly Vodafone-Idea) are in dire straits. The sector is a feeble shadow of its reform-energised heady days, even as its importance in taking Digital India to the next level could not be stressed enough. 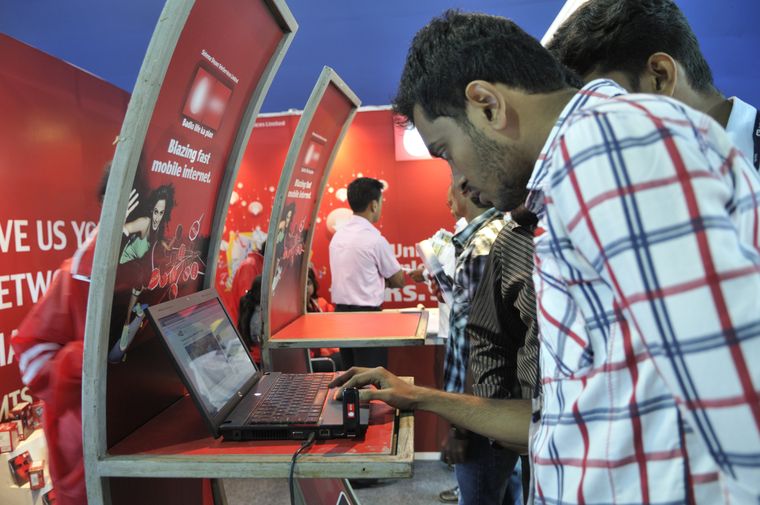 Defective communication: The health of the telecom sector is in need of an intervention and it is likely to be one of Vaishnaw’s key priorities.

Then there is the vexatious issue of social media. While nobody is ready yet to come out and say that Prasad took it too far, it is likely that a more temperate approach would be followed in the matter by Vaishnaw. His first pronouncements after taking over and meeting secretaries at Electronics Niketan, though, stuck to the status quo that Twitter must follow Indian laws.

“The positives [of IT rules 2021] have been accompanied by legal and technical challenges that might hinder the operationalisation of these rules and lead to untoward implications on the digital rights of the citizenry,” said Kazim Rizvi, founder of The Dialogue, a public policy advocacy forum. “A key area of engagement would be creating harmonious and interoperable policies that make India ready for the world when it comes to technology.”

That is right up Vaishnaw’s street, with his penchant for data and harnessing technology. His experience in logistics is also expected to come in handy while giving a makeover to Indian Railways, the other ministry he has been tasked with.

“The next wave of economic growth, and consequently power in the global scenario, lies in how effectively we make use of technological change. We can aim for efficiencies, and opportunities never thought of before, if they are based on a stable bedrock of policy that is in sync with each other,” said Rizvi. Modi’s line of thinking might have been that Vaishnaw’s varied experience in dealing with the red tape from all three corners—as a bureaucrat, as an entrepreneur and as a politician—would help him make that giant leap of faith. With such great expectations, it is just as well that this technocrat seeks some divine help once in a while.