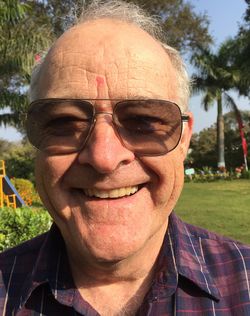 What is the significance of the discovery at Bhimbetka, especially with reference to India?

This confirms that 550 million years ago, India was a part of the assembling Gondwana supercontinent along with Australia. This fossil also gives a conclusive Ediacaran age for the upper part of the Vindhyas. But this discovery supports only one of two competing earth reconstruction theories that use different assumptions concerning the orientation of magnetic minerals in these rocks.

Some scientists seem to think that the discovery might not actually be fossils, but rather cave paintings or petroglyphs of similar design.

The research paper has a long list of similarities of the fossils in India with the fossils in South Australia. They are identical. There are no other cave paintings or petroglyphs like this in Bhimbetka. The fossil shows fine details not seen in any petroglyphs at Bhimbetka in which each peck is about 1cm in diameter.

What about more studies to find similar fossils in surrounding areas?

It would be good to get a permit and explore the surroundings more thoroughly. If there is one, there are almost always more.

Do you stand by your claim that Dickinsonia was lichens which thrived on the land?

I still consider Dickinsonia to be lichen and I have a lot of evidence for that, including boron content and germanium/silicon ratios. Also, the Bhimbetka palaeosols appear identical to those in South Australia.

As the fossil seems to be flaking off, does it require any particular kind of conservation measures?

Yes, the fossil does seem to be threatened and may require conservation. It appears to be flaking off and is unstable. It may need some stabilising glue. Taking a latex replica would also be advised before there is further degradation.

What was the most interesting part of the discovery for you?

The most interesting part of this is the idea that the fossil would have been noticed by palaeolithic people (early human beings) who gathered around the fire-pit below and it may have stimulated them to decorate other shelters nearby.