I fear I could become another Nambi Narayanan 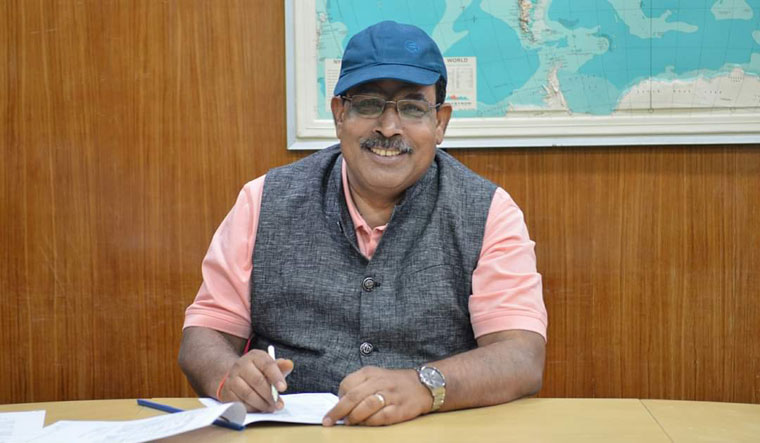 On January 5, Tapan Misra, senior adviser at the Indian Space Research Organisation, wrote on Facebook that he had survived an assassination attempt more than three years ago. On May 23, 2017, he said, he was given food laced with arsenic trioxide while attending a promotion interview at the ISRO headquarters in Bengaluru. “What followed was a nightmare lasting almost two years,” he wrote.

Misra fell seriously ill after he returned to his Ahmedabad office the following day and was rushed to Zydus Hospitals. He developed severe respiratory issues, skin eruptions, hypoxia, rectal bleeding and neurological disorders. On June 7, said Misra, security officials from the Union ministry of home affairs informed him that he had suffered arsenic poisoning. If not for their timely intervention and the treatment provided by doctors in Ahmedabad, Delhi and Mumbai, he “would have died of multiple organ failure within three weeks”.

There have been subsequent attempts to kill him apparently: poisonous snakes were caught from his residential compound several times, he said. Misra believes he has been a victim of “espionage attacks”.

An expert in building synthetic aperture radars, Misra was director of the Ahmedabad-based Space Applications Centre. Born in 1961 in Raigada, Odisha, he started his career in ISRO in 1984 and was involved in the development of several breakthrough technologies. He won the Hari Om Ashram Prerit Vikram Sarabhai Research Award in 2004 and the ISRO Merit Award in 2004.

Misra, who is set to retire this month, told THE WEEK that he still feared for his life. He said his experience was a shame to the country and its security apparatus. “I cannot sit on the lawns of my house because of fear of the snakes that were let into my garden. I cannot have a cup of tea without the fear of getting poisoned,” he said.

Q\ Why were you not hospitalised in Bengaluru after the poisoning incident?

Q\ Did you seek a government inquiry into the incident?

A\ I have sent many letters to the government at all levels. But I will not reveal their content, as they are confidential.

Q\ Did ISRO conduct an inquiry?

A\ [The inquiry] was a sham; I was not summoned. How can there be a probe without speaking to the victim? But Central agencies did the investigation with dedication. A judicial process is on.

Q\ Do you think the government has been doing enough?

A\ I don’t blame the government. It, too, needs to tread carefully as it is a very sensitive issue. To be fair, they have taken good care of me. A judicial process is on. [In the espionage case ISRO scientist] Nambi Narayanan got justice after 26 years. But [such] justice has no meaning. You may get Padma Bhushan and 050 lakh as compensation, but justice delayed is justice denied.

Q\ What is the hurdle to justice in your case?

A\ My only submission is, the criminals should get punishment.

I understand that the government faces tremendous difficulties, but it has to bring legislation and resolve such cases very quickly. Identify and punish the guilty. Harsh judicial provisions are necessary, as they can be a good deterrent.

The current judicial process can never compensate victims for what they have lost. Lack of punishment only emboldens criminals. The government is not able to do much as it is working under the same system. We need a separate law; a new thinking for expeditious punishment.

I am grateful to the government and the Prime Minister’s Office for bearing all my treatment expenses. They have provided me security. But the fact remains that criminals who poisoned me are roaming free.

Q\ Do you feel that the threat is growing?

A\ I am afraid if this problem is left unattended, it will hamper India’s progress. Yesterday, it was Nambi Narayanan; today it is Tapan Misra; tomorrow it could be anyone. It will dissuade bright minds from joining ISRO. They might seek out greener pastures in the US. The system should change, but not for my sake. I am already 60. I don’t aspire to be an MP or minister. I am lucky to have survived to tell my story. But not everyone can endure so much suffering. If it were someone else, he would have taken early retirement out of fear.

Q\ What keeps you strong and resolute despite the trauma?

A\ My wife had a mental breakdown and my people asked me to quit and go abroad. I could have taught in IITs or flown to the US. But if everybody chooses to walk away, the country will be led by rascals.

Someone has to stand up. I am happy I did my job. I have gone through unspeakable agony that would have sent any normal human being to an asylum.

Q\What do you expect from the government?

A\ The government has to take cognisance of the threat. I have no money for a long legal battle. I fear I could become another Nambi Narayanan, with a set of people raising funds in my name (laughs). In my case, arsenic has taken away ten years of my life.

Q\ You said you received email threats. Who sent those mails?

A\ They were anonymous emails.

Q\ Do you suspect anyone?

A\ [Arsenic trioxide] is a grade 1 poison. A common man cannot lay his hands on it. It is not sold in the [open] market. The [culprit] couldn’t have poisoned me without the support of an insider. There are people inside the system who could be bought. Investigators should probe these external and internal factors and expose the culprits.

Q\ Why do you think you were targeted?

A\ Suppose I develop a radar which makes imports unnecessary. Then someone is losing money and huge business. ISRO is a critical organisation that represents the country’s aspiration and inspires people. To destroy a nation and the dreams of its youth, [you only need to] destroy its critical organisations and their inspiring leadership. I was known as an inspiring leader who could write, teach and work.

Q\ You said you brought the incident to the attention of former ISRO chairmen G. Madhavan Nair and K. Kasturirangan. What was their response?

I got no response or support. They might not be in a position to extend support or raise their voice. They have known me for so long and so well. They are the people who gave me awards and promotions. But when I was in trouble, they did not stand by me.

Q\ You will retire this month. Why did you wait three years to reveal this ordeal?

A\ I still believe that it is not the government’s failure. If a house gets burgled, you cannot blame the owner. But in the government set-up, there is a tendency to remain silent and wait for issues to die out. It is time we got out of this mindset. I have waited three years for justice.

Q\ You said there had been another attempt to poison you in September 2020.

A\ In October 2020, my leg started hurting badly. Skin started peeling off and blood oozed out. My nails turned yellow. From my previous experience, I knew I must have been poisoned some four months earlier. My doctors became alert and treated me for arsenic poisoning.

Q\ You said an Indian-American professor tried to buy your silence. Who was he and what did he want?

A\ He is known to all top ISRO scientists. We meet many people in the academic circle. What puzzled me was that he had come all the way from the US to meet me. He asked me not to reveal the poisoning incident and to not name anyone.