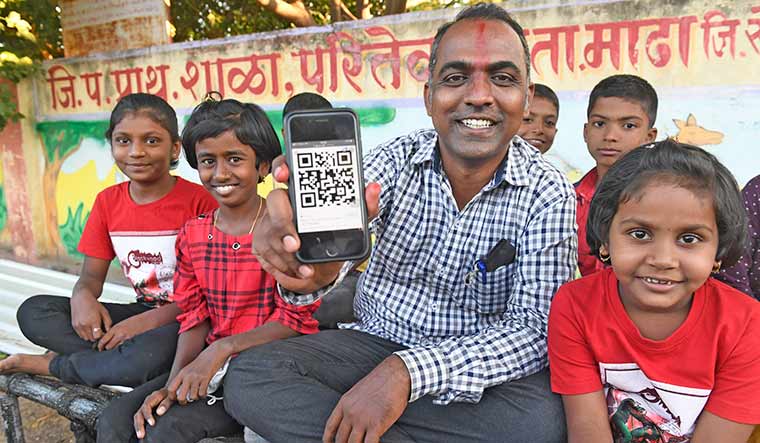 ENGINEERING’S LOSS is teaching’s gain. Had Ranjitsinh Disale not quit engineering in 2006, he would have been an IT professional in India or abroad. Disale, who on December 3 won the Global Teacher prize (given by the Varkey Foundation in partnership with UNESCO), was traumatised by the ragging in engineering college. “I was depressed and lost my confidence,”he said. “I quit engineering and enrolled for a diploma in education.”

It was his father, retired government school principal Mahadev Disale, who advised him to take the course. He did not want his son to sit idle at home.

It was during the course that Disale discovered his calling, thanks to two of his teachers—Amar Nalavade and Rajendra Mane. “Nalavade sir taught me that a teacher can also be a friend to his students,”he said. “He was frank and open-minded. That is when I felt I should continue in education.”

Disale met Mane during the internship after his course. Within a week of meeting him, Mane handed over one of his classes to Disale for the entire six months of the internship. “Mane sir is like a god for teachers like me in Solapur district,” said Disale. “He did not marry because he felt it would divert his attention. He used to live on the school premises and held extra classes till 11 in the night. The villagers took care of his food and other needs so that he could focus on teaching. He taught me the real responsibility of being a teacher.”

Disale joined the government primary school at Paritewadi, a hamlet in Madha taluk of Solapur district, in January 2009. He was a probationer for the first three years, earning a princely salary of Rs3,000 a month. His first classroom was an in-use cow shed. He had 27 students, but only a handful came every day; no girl student attended. The other students used to work the fields with their parents. “The main attraction for those who came was the mid-day meal,” said Disale.

He would take attendance every morning and then head out to the homes of the other students to persuade their parents. “It took me almost seven months to convince them,” he said.

Disale conducted a survey to understand why the parents did not want their children in school. He realised that the women there were more educated than men. Most of the fathers had quit school after class four of five to take up farming or construction jobs. The mothers, on the other hand, had passed class 10; an educated girl was easier to get married. “After I realised this, I formed a group of all mothers and began holding meetings regularly,” said Disale. “This was my own community-engagement programme.”

Having achieved full attendance, Disale’s next challenge was to ensure that the students stayed in school. “I had to do something to make them like the thought of attending school every day,”he said. “I asked my father to buy me a laptop in 2010. I carried it to school and began showing the students Hindi films, in addition to teaching them. They enjoyed this and word spread that if you went to school, you get to watch a movie.”

Disale also began telling parents about the importance of getting children to study at home every day. He installed a siren at school. It would blare every day at 7pm and 8pm, to mark the start and close of study hour. He asked parents to ensure that the children studied and completed their homework in that one hour. “Every day I used to send text messages to parents, asking them to make their children recite the poem that I had taught in class or make them do 10 sums that I had taught that day,” said Disale. “This way, the parents began to understand their responsibility and the children began to notice that their parents wanted them to study.”

Disale was the first government school teacher in Solapur to use a laptop and internet in class. He soon graduated from Hindi films to educational videos. “After a lesson on Shivaji Maharaj, I used to show them YouTube videos about him,” he said. “When I taught them about nature and environment, I picked related videos on YouTube.” 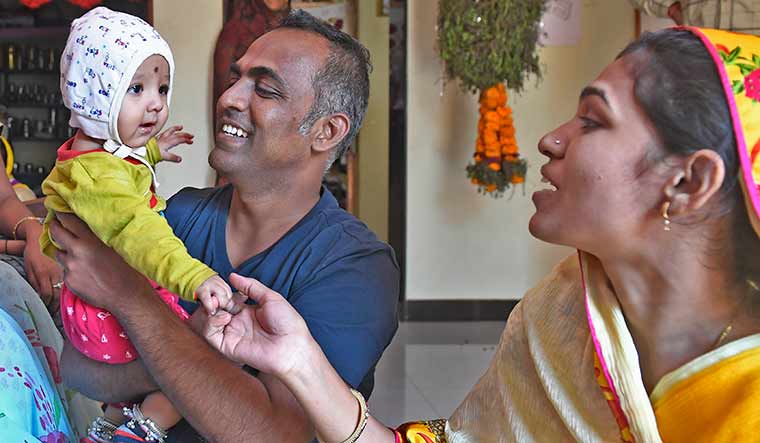 Disale then introduced short PowerPoint presentations and audio clips of experts. He also used instruments like the harmonium to turn the poems into songs. “This added an element of creativity to the process and the children began enjoying it more,” he said. “Then, in 2013, I bought a projector and began showing them films on a bigger screen.”

He then started recording videos of students talking about what they had learnt. These videos were shown to the juniors in school; he wanted to eliminate stage fright.

He began sending PowerPoint presentations and audio clips to parents’phones so that the children could study at home. Every Saturday, he met the parents for sessions.

As time went on, Disale continued to innovate. In 2014, while running an errand, he saw the owner of a shop scanning a barcode. This gave him the idea to develop and paste QR codes on textbooks. “When I saw it in the shop, I didn’t even know that it was called a barcode,” he said. “I googled it and then developed 27 QR codes. Each code contained PPT presentations, audio clips and short videos related to each chapter.”

This experiment became hugely popular in the district. The following year, Disale wrote to Maharashtra Education Minister Vinod Tawde proposing that QR codes be included in textbooks. The education department added the codes to class 6 textbooks as a pilot project “When the feedback was positive,” said Disale, “the government decided to add QR codes to all textbooks from classes 1 to 10.”

The QR code experiment made Disale a Microsoft Innovative Educator Expert. He was one among 300 teachers selected globally for this honour. “I was called to Toronto to make a presentation of my experiment,” he said. “My QR codes became a unique innovation in Indian education and I got another award from the National Innovation Foundation.”

Disale’s work not only reduced the dropout rate in Paritewadi and nearby schools, but also inspired girls to continue education. One of his former students, Sakshi Shinde, has become a software engineer in Bengaluru. This is a rarity for Paritewadi, where girls used to be married off in their teens.

Disale took on child marriages, too. His rapport with the villagers helped him counsel them about the harms of the practice.

Om Shinde, a class 6 student who was once taught by Disale, told THE WEEK: “His style is different, frank and friendly. He took us to picnics to show us what was in our textbooks. He showed us films related to our studies. My interest grew and I scored full marks in class 4.”

In 2018, Disale started another project called ‘Let’s Cross the Borders’, which involves creating a peace army of students from conflict-ridden nations. It includes students from Pakistan, Israel, Palestine, Iraq and Iran, apart from India.

He did not win in 2019, but was nominated again by his Vietnamese friend this year.

After he made the top 10 following a rigorous interview, the foundation sent a team to his village. “They interacted with the parents and students to know more about my teaching methods and that is how I got selected for the prize,”he said.

Disale has decided to share half of the $1 million prize money with the nine other finalists. “I take online classes for students from other countries in the evening,” he said. “I teach them about India. I feel that if I share the prize, students of these nine other teachers will also benefit from their experiments. Though I have won, it does not mean that I am the best among the 10 teachers; I am just first among equals. If I share this amount, even they will be inspired. After all, sharing is growing.”