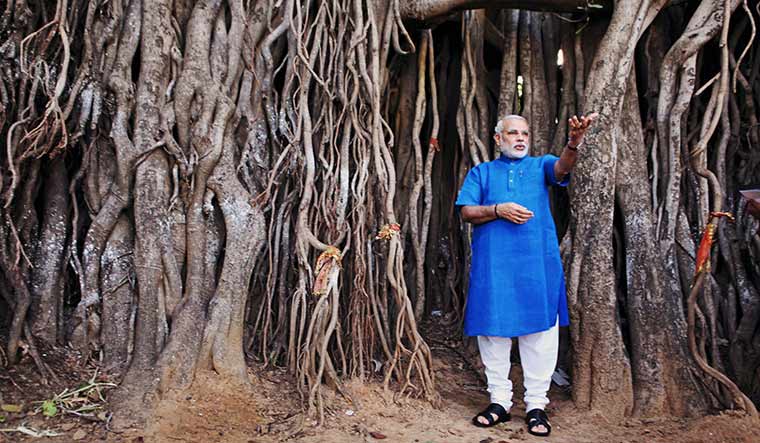 Prime Minister Narendra Modi turns 70 this month with a new book. Letters to Mother is a flashback 34 years to 1986, when Modi had not established himself in the hurly-burly of mainstream politics. As an RSS pracharak, he began jotting down his innermost thoughts “when the pressures became insurmountable’’. Every night before going to bed, he would share his hopes, aspirations and fears as letters to jagat janani, or the mother goddess. Every few months, he “systematically tore up all the pages and threw them into a bonfire”.

A friend’s intervention, “emphasising the importance of documentation”, ensured that Modi kept the notes. In 2014, some of them were published in Gujarati as Saakshi Bhaav. The English translation, Letters to Mother, has now been released by HarperCollins India.

This is Modi’s third book. His first—A Journey, a book of poems translated into English—was published in 2014. “All of us are entitled to self-expression,” writes Modi, “and that is exactly what I have done.”

This is not an attempt at literary writing; the passages featured in this book are reflections of my observations and sometimes unprocessed thoughts, expressed without filters.

A public figure is always judged by his position; irrespective of what he says or does, his persona becomes so exaggerated that it is difficult to trace the man behind the image or, let me put it this way, there comes a time when there is no desire in us to search for the individual behind the mask.

To live an ordinary life is a privilege and deep within, all of us are but ordinary mortals affected by the positive and the negative showering bestowed upon us by the universe. None of us are above vices, virtues, hope, disappointment, love, yearning, expectations or ambitions.

Like you, I am an ordinary mortal with some strengths and some weaknesses, and like everyone, I am constantly struggling to become more aware and evolved.

Sometime in the past when the pressures became insurmountable, I got into the habit of writing letters to the Mother Goddess, whom I address as Jagat janani. I shared my innermost thoughts with her every night before going to bed, and this exercise had a strangely calming effect on me. I looked forward to everyone falling asleep, so that I could retire to a quiet corner with my notebook.

The intention was never to get published, the jottings were for myself. I am not a writer, most of us are not; but everybody seeks expression, and when the urge to unload becomes overpowering there is no option but to take pen to paper, not necessarily to write but to introspect and unravel what is happening within the heart and the head, and why. The exercise proved cathartic, and even though it was a one-way communication with the Mother Goddess, the discipline of rewinding my daily thoughts healed me in a strange, unique way, like I was being shielded by a bigger force.

I wrote every single night, for years; and every few months, I systematically tore up all the pages and threw them into a bonfire. I have lost count of the number of pages I have consigned to the flames. Then one day, while I was in the process of igniting the flames, my dear friend and respected colleague from the RSS, Narendra bhai Panchsara visited my home unannounced. He was led to the garden where I was busy tearing up sheets of paper. Panchsara bhai snatched the remaining pages from my hand. He was angry and admonished me for destroying my valuable jottings, emphasizing the importance of documentation. “That you wrote them and preserved them all this while is proof that these are precious to you; to destroy them is to disrespect your instinct,” he said.

His words impacted me and I promised him that I would revere my instinct and stop lighting my quarterly bonfire. Years went by and one day, I still don’t know how, Image Publishers got wind of my journal and wrote to me seeking my permission to publish these writings as a book. I declined, but once again it was Panchsara bhai who insisted I agree to the offer—probably because he feared that if they weren’t published, I might try to destroy the pages again! The remains of those diary pages comprise Saakshi Bhaav, which was published in the year 2014.

I owe these letters and the book to my respected friend Panchsara bhai: had he not visited me that day, had he not intervened, had he not admonished and awakened me, I would have lost the opportunity of sharing my intimate conversations with the Jagat janani, wherein I present her my innermost feelings of fear, sorrow and conflict, the ordinary feelings of an ordinary man. I’m aware that my expressions are often abstract; perhaps when the heart is overwhelmed the mind races faster than the hand on paper, and so, yes, my expressions are sporadic and at the same time overflowing. I am not a professional writer, I don’t understand structures and formats, but I do understand emotions—and I write because I feel strongly and cannot contain myself at that moment.

The Mother Goddess understands this, I am sure; she does not judge me, does not grade me by my choice of words or phrases—it does not matter to her whether I write prose, poetry, essays or random thoughts. She understands my intent, understands what is expressed and also what is left unsaid. And if I understand all this, why did I destroy all that I created? The only logical explanation I can offer is that probably because it is painful to revisit suffering.

Today, however, I seek strength from memories, have faith that all the joyous moments will linger and that sorrows will wither away. If the mind is positive there’s always hope. I love books and read a lot, I am attracted to art and culture, but I don’t fancy myself as a litterateur. I was reluctant to get the Gujarati version of Saakshi Bhaav published but was coerced into it by close friends, and the English translation after six years is a pleasant surprise.

It feels strange to read what you wrote many years ago, because you are not the same person anymore and your circumstances are different too; and yet, it is all a part of you, your journey, and I will not shy away from my outpourings. I wrote then what I felt at the time and I write now what I feel today. People judged me then; people continue to judge me today. I wasn’t seeking endorsement many years ago and I am not seeking validation today.

All of us are entitled to self-expression and that’s exactly what I have done.

PAIN IS NOT AN ORPHAN

It is said that in every creation

You sense the suffering of the creator

Then why is it that

Despite my immense suffering

There is no trace of creation?

Then is it compassion not anguish

For pain is the aftereffect of sorrow 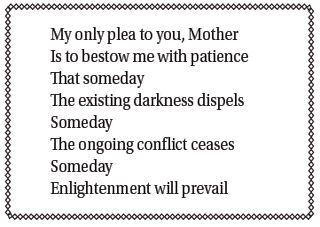 Usually it is negativity

Pain has no lineage

Is dependent on emotions

Nor is pain always barren

There’s no guarantee of

Pain can be destructive

It can be productive

It is difficult to predict

And it is unmistakable

It has effects, no aftereffects

It is only about affirmations

Compassion is its own creator

To be glorified as literature

Or certified as knowledge

What is created out of fervour

It travels beyond horizons

And collective in destination

Compassion is the root of creation

When pain is moderate

And when its presence, potency, severity

Anguish is capable of suffocating 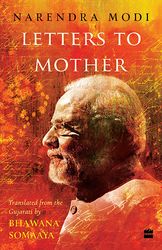 Translated from Gujarati by Bhawana Somaaya