Decision on judgeship deferred because I am gay 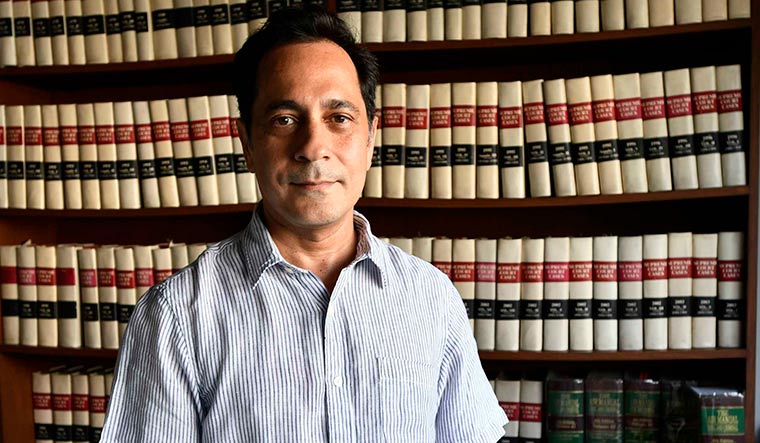 SENIOR ADVOCATE Saurabh Kirpal, one of the lawyers in the landmark Navtej Singh Johar case that led to the Supreme Court decriminalising homosexuality in 2018, thinks that his sexuality could be the reason behind the apex court collegium deferring a decision on appointing him as a judge in the Delhi High Court.

The High Court had recommended Kirpal’s appointment as a judge in 2017, and the proposal had come up for discussion before the collegium thrice, but a decision on his file was deferred every time.

The 48-year-old, however, says the court has been ahead of the times in its judgments. Kirpal has edited a collection of essays—Sex and the Supreme Court: How the Law is Upholding the Dignity of the Indian Citizen (2020)—on the judgments passed by the apex court on issues ranging from sexual autonomy, gender rights and privacy.

Q/How important was it to chronicle the progressive judgments given by the Supreme Court?

A/It was interesting that it was the same bench of five judges that gave three judgments—the adultery judgment, the Section 377 judgment and the Sabarimala judgment—all fairly progressive. The Supreme Court behaves very differently when it sits in benches of five judges, what is known as the Constitution Bench, because then it is aware that it is speaking to history.

These judgments caught the public imagination. But when the hearing was on, people were not commenting about it the same way they comment about how the court carries out its judicial function nowadays. Hence it was important for these judgments to be explained to the common person in relatively simple terms.

A/The Supreme Court is not one court…. And different chief justices have different priorities. I think it was a case of the Chief Justice [Dipak Misra] also wanting to take up these issues, which were probably dear to his heart. It cannot be a coincidence that he was close to his retirement and there were these matters that were of interest to the common man and which were progressive and liberal.

Q/Has the court been ahead of the times?

A/The court does lead from the front and is often ahead of public opinion. And that is the role of the court as the guardian of the Constitutional rights of the minorities and other communities. It has to be counter-majoritarian….

Q/What difference has the Section 377 judgment made to the lives of the people?

Even more important has been the qualitative change—how LGBTQIA persons look upon themselves and how the society looks upon them now.

Q/It is said that the recommendation to appoint you as a judge of the Delhi High Court has been hanging fire because you are gay.

A/Part of the problem is the complete lack of transparency on what the reason for my file hanging fire is. The typical course for the collegium is to either accept or to reject it. And that is their right and domain. But to defer something not only for three years but on three separate occasions causes one to wonder what the reason may be.

There are several media reports and I have no reason to disbelieve those in the absence of any evidence (to the contrary). The reason ostensibly is that the powers that be or the Intelligence Bureau wanted further information about my partner with whom I have been for 20 years and they were unable to get [it]. He has been living in India for the last 16 years and is employed with the Swiss embassy. They could get whatever information they wanted.

Q/So the issue is that you have a non-Indian partner?

A/If I were a straight person, and had I been married, there would have been no such problem. Justice Vivian Bose of the Supreme Court had an English wife. Foreign Minister S. Jaishankar has a Japanese wife. Why is it a problem for me other than the fact that I am a gay man who cannot get married to his partner? I would very much like to, the moment this country permits it. But in the absence of the ability to get married, there is no other explanation for me than that this is because of my alternative sexuality. The court has given me no other reason and the media reports stand unrebutted….

The judgment in 2018 is a great charter for LGBTQIA rights. In my case, the court has not belied that promise because it has not taken a decision yet. But I think the court is more reticent than need be.

Q/Do you feel disappointed, especially since judgeship for you would have meant a lot for the LGBTQIA community?

A/I come from a family where I have seen what a judge’s life is. I know the sacrifices that a judge has to make and the restrictions it puts on your freedom. The judge’s salary—what they earn in a month, I probably earn in half a day. So when they asked me to become a judge three years ago, I was very, very reluctant…. But I felt that if I was not willing to give up the money and the freedom and accept a responsibility and be a role model for the community, then that would have been wrong on my part.