We thank Prime Minister Modi for handing over Mujib’s killer 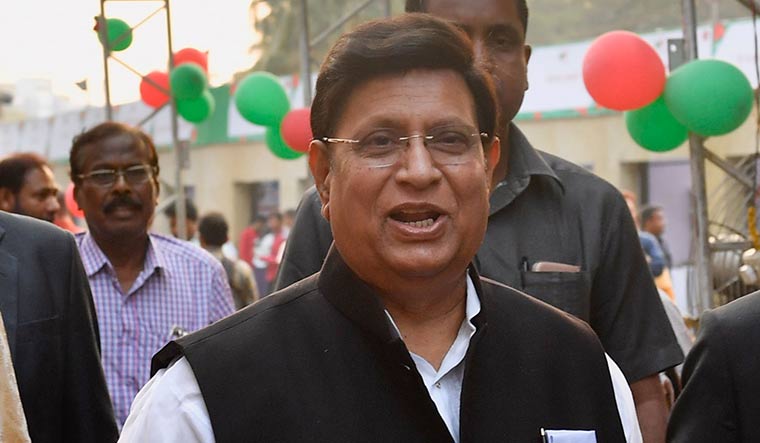 AS HIS COUNTRY’S top diplomat, A.K. Abdul Momen handles the extradition of the assassins of Sheikh Mujibur Rahman, who is revered as the father of the nation. Momen scored a success on this front recently with the arrest and execution of Abdul Majed, a former Bangladesh army officer who was hiding in India. In an exclusive interview with THE WEEK, Momen spoke about Bangladesh’s efforts to nab the fugitives. He also thanked Prime Minister Narendra Modi for India’s cooperation in the process. Excerpts:

Q/Bangladesh seems to be in a hurry to arrest and execute the remaining killers of Sheikh Mujibur Rahman.

A/This year marks the 100th birth anniversary of Mujibur Rahman. So we have taken an oath to find the remaining six who are hiding in different countries and bring them to justice.

Q/Why do you say they are self-proclaimed killers?

A/They confessed to their crimes soon after the killing. The people of Bangladesh, India and the entire world know it.

Q/What steps have you taken so far?

A/We have written to the countries where we believe they are in hiding, seeking their extradition. India has been one such country. Two of the fugitives are in the US and Canada.

Q/Are you talking about Noor Chowdhury and Rashed Chowdhury?

A/Yes. We are trying to bring them back as they have been convicted by a court of law in our country.

Q/What did the US and Canadian governments tell you?

A/Both countries have come out with lame excuses. They say because of the death sentence awarded, the two fugitives cannot be extradited. Both countries are our close friends and we have strong business ties with them. But we cannot accept their response on such an emotive issue.

Q/How do you know that they are in the US and Canada?

A/Our missions abroad have been activated to find these people. These people were posted as diplomats in different countries. Our diplomatic missions got in touch with the respective countries and gave us reports about these people staying there. Both the US and Canada have accepted the facts.

Q/What initiatives have you taken?

A/I have spoken to authorities in many countries, including the foreign ministers of the US and Canada for the smooth handover of the two prime convicts. Our prime minister wrote to both heads of state. But the outcome, unfortunately, has not been satisfactory.

Q/One of the convicts was recently captured in India and handed over to you, which resulted in his swift execution.

A/We were very lucky that India responded to our application with firm and positive action. India knows Mujibur Rahman and because of Prime Minister Modi we could get this man, who was later brought to justice by the Bangladesh judiciary.

Q/One more convict is said to be in custody.

A/I have heard that Lance Naik Moslem Uddin has been captured as well. But his identity is yet to be verified. Both countries are working on that.

Q/How do you look at India’s cooperation on the issue?

A/Prime Minister Modi is very assertive and has supported us a lot in handing over major Bangladeshi criminals. We have also ensured that Bangladeshi territory is never used to promote anti-India activities. The Indian government’s help in this regard is paramount to the safety and security of Bangladesh.

Q/Barring the two convicts in the US and Canada, are you sure the rest are in India?

A/I have no idea. But we are sure that if they are in India, the Indian government will hand them over to us. We will definitely get them today or tomorrow.

Q/How was your experience working with Mujibur Rahman?

A/I travelled with him to West Pakistan [in 1970] for the round-table conference [after which he was arrested]. I used to look after his day-to-day paperwork. After independence, I served him in different ministries as a senior bureaucrat. I found him to be extremely committed.

Q/Now you work with his daughter.