How the Covid-19 crisis has transformed policing priorities across India 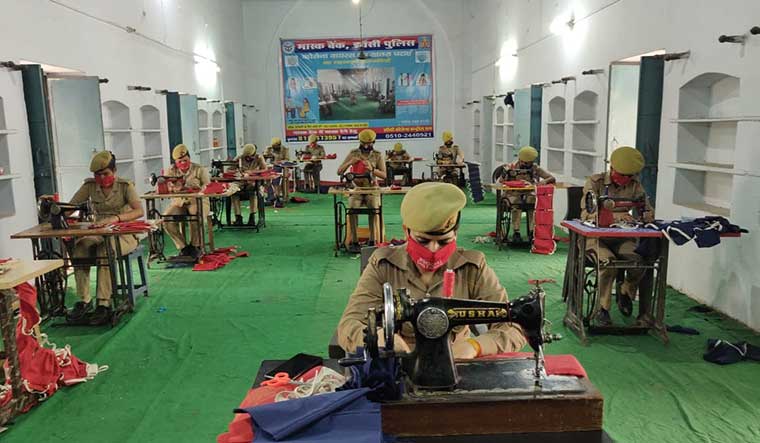 As additional superintendent of police in Uttar Pradesh’s Jhansi district, Saad Miya Khan, 29, used to be busy nabbing criminals and maintaining law and order. But what keeps him occupied these days are bags of flour and potatoes at the police station in Bijauli.

Khan’s day begins at 5am. He checks rations, liaises with merchants to source supplies, and joins his colleagues to prepare meals in the community kitchen run by the police. Every day, they serve thousands of hungry migrant labourers and tribals who flock to the station.

Khan, who was ranked 25 nationally in the UPSC exams in 2018, had trained at the prestigious Sardar Vallabhbhai Patel National Police Academy in Hyderabad. He had taken charge as trainee ASP in Jhansi in December last year. On March 23, when Prime Minister Narendra Modi announced a nationwide lockdown to battle Covid-19, he got a suggestion from Pramod Tiwari, a veteran sub-inspector in Jhansi. Tiwari suggested that Khan make arrangements for a community kitchen, saying the battle against the novel coronavirus was going to be a long one. Khan recruited one cook and six helpers, and set up the kitchen at the Bijauli police station. He says that was how his real training began.A month since, what Khan started in Bijauli has turned into a model for cities across UP. “It is the best training an IPS or IAS officer can get,” he told THE WEEK. “Our batch is lucky that it got a chance to work on the field during a pandemic.”Vallabhbhai Patel, India’s first home minister, had called the civil services the “steel frame” of good governance. Today, officers like Khan are wiping the rust off that decades-old frame. “The police in India are shedding their colonial tag and becoming people-friendly,” said D.K. Pathak, former director general of the Border Security Force. “Though the police have always been the first responder in all crises, its image had been maligned by political interference, inefficiency and the excesses of the last 70 years.”

Covid-19 has transformed policing priorities. The forces across the country are now as focused on distributing food and medical supplies as they are on enforcing the lockdown. In UP, the police have even started a “mask bank”, which churns out more than 1,000 masks a day with printed messages on them.

The inspiration for the bank was Nikita Singh Gaur, a 27-year-old assistant professor in Lucknow who runs an NGO for underprivileged women. After seeing women violating social distancing norms while queuing up to access their Jan Dhan bank accounts, Gaur began handing out masks with messages printed on them. The masks became popular, and the superintendent of police in Jhansi city, Rahul Srivastava, took note of it. He asked Nikita’s help to set up the mask bank. “We started making masks in bulk, which were then distributed by women constables,” said Gaur. Srivastava said NGOs have helped the police make a difference. “Social distancing norms and lockdown measures cannot be enforced by the police without people’s cooperation,” he said.

According to Asim Arun, former chief of UP’s anti-terrorism squad, policing has become people-centric rather than criminal-centric. Arun is now additional director general of the Integrated Technology-enabled Citizen-centric Services, an emergency management system launched in October 2019. The system, a phone helpline (112) that had been handling criminal complaints, now responds to civil emergencies as well. A network of officers, communication specialists and support staff handles people’s urgent needs. 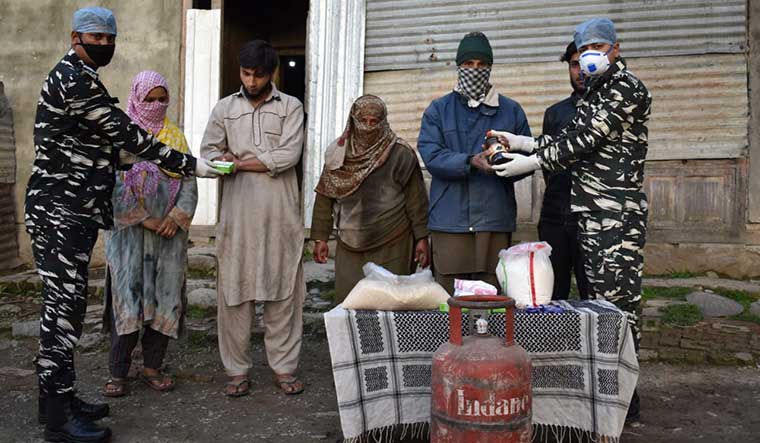 The real challenge for the police, however, would be to safely restore the supply chains that the lockdown has broken. The harvest season has begun, and food grains have to be brought to granaries. The police will have to ensure that the chain remains safe from end to end—from farmers who harvest their produce to those who store and sell it.

“Every day, nearly 5,000 trucks crisscross Punjab, Rajasthan and UP to get supplies to the markets,” Dinkar Gupta, director general of police in Punjab, told THE WEEK. The mission, according to him, is to restore the chain gradually. “We have doubled the number of marketplaces from 1,700 to 3,800,” said Gupta. “The areas where heaps of wheat are kept have been spaced out.”

The procurement period has been extended to ensure that only limited produce is brought to the market at a given time. More than 9,000 police personnel on special duty will assist farmers in harvesting and procurement; around 2,000 volunteers have also been roped in. 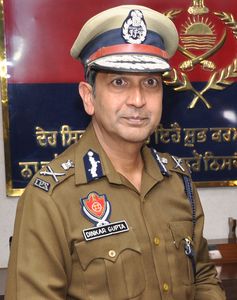 Women police personnel are leading the Covid-19 battle on the social front. “As women officers, we are more in tune with the feelings of the people. They find us approachable,” said Amneet Kondal, senior superintendent of police in Fatehgarh Sahib. Kondal has started an initiative to distribute sanitary pads to women in slums. “There are more than 400 women in nine slum areas and we are educating them on hygiene,” she said.

In Delhi, Dwarka has taken the lead in taking care of the elderly. Anto Alphonse, a 2008-batch officer, is focusing on social activities. “Our policing efforts are focused on senior citizens who are living alone,” he said. “In this big city, these senior citizens have found their sons and daughters in policemen who visit them regularly.”

Innovation has been a watchword. In Tamil Nadu’s Tirunelveli, Deputy Commissioner of Police A. Saravanan has developed an app called Smart Cop to help people reach out to him personally. “We were inspired by a similar system followed by the Mumbai Police,” he said.

In Jammu and Kashmir, the Central Reserve Police Force has been leading the aid efforts. “When Kashmir went into lockdown on August 5 last year, the CRPF launched a helpline called Madadgar to assist Kashmiris in different parts of the country,” said Rajesh Kumar, inspector-general of the CRPF in Kashmir. “Now we have extended its reach to all parts of the country.”

Madadgar is being managed by Junaid Khan, assistant commandant of the CRPF in Kashmir. Every day, the helpline gets 20,000 calls for food, medicines and other essential items. On April 14, one such call came from Tahir Ahmad Dar, a poor labourer. Dar’s wife had delivered a baby with a heart condition that required an immediate surgery. Doctors had recommended that they take the baby to the All India Institute of Medical Sciences in Delhi, but the lockdown had made it impossible.

So Khan arranged for the surgery at the Sher-i-Kashmir Institute of Medical Sciences in Srinagar. Since Dar could not bear all expenses, Khan also arranged for the CRPF to pay Rs30,000, which would cover half the costs of the surgery. “Once the lockdown ends, we will take the baby to AIIMS,” said Khan.

The northeast has fewer number of Covid-19 cases compared with other regions in India, but the difficult terrain, poor infrastructure and insurgency have made the job of policemen difficult. Anand Mishra, superintendent of police in Assam’s Charaideo district, said he had been leading the life of a “jungle boy” since the lockdown began. He organises street patrols in urban areas during the day and counterinsurgency operations in remote border areas in the night. Work is so hectic that sometimes he can only manage “a quick nap in the morning”.

“I join my constables for street patrolling to enforce the lockdown and lend assistance to people,” he said. “This keeps me connected with the local people.”

Mishra runs a YouTube channel called Patroller Cop to attract motivated youth to work as volunteers. These volunteers have been given special passes to deliver medicines and essential items on motorcycles to people in far-flung areas.

Mishra is a good motivator. Every day, after his duties are over, he picks up his guitar and sings songs of valour to inspire his constables to prepare for another day of battle. “It is the mindset that drives us,” said Mishra. “We can overcome the Covid crisis; it is all about attitude.”

WITH PUJA AWASTHI AND LAKSHMI SUBRAMANIAN