The geopolitics of reincarnation 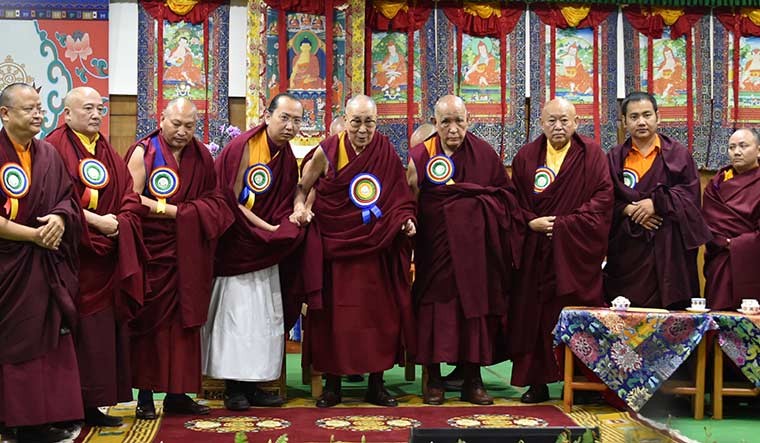 Succession plans: The Dalai Lama with the high lamas at the Tibetan religious conference in Dharamshala | Aayush Goel 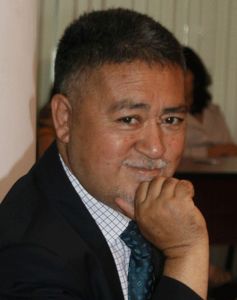 The Dalai Lama has been making conflicting statements over the issue of his reincarnation—that he simply “would not be reborn”; that there could be a “female reincarnate” and so on. In an interview with THE WEEK in July 2019, he had mused on ending the tulku reincarnation system, which has created a “feudal system”. Beijing has been saying the same.

Reincarnation is critical to the Tibetans’ identity politics. The exiled Central Tibetan Administration has a roadmap on reincarnation to be anchored by the heads of major Tibetan religious sects. The clergy heads met recently in Dharamshala to urge the Dalai Lama to take a call on his reincarnation. They also said any China-imposed candidate would not be accepted.

The Dalai Lama’s own edict of September 2011 had envisaged a reincarnation plan after he turns 90. It tasks his private office to carry out the search and recognition as per past practices.

Beijing, which has never got along with the current Dalai Lama, claims a sovereign right to determine his lineage on the ground that it was China’s Qing dynasty that had instituted the Dalai Lama’s seat in 1653. Claiming to be the successor to the imperial state, the communist regime insists that determining the reincarnation lineage was never a purely religious or personal affair, but a sovereign one.

China will not dispute the search for the Dalai Lama’s soul in another body as long as it is found according to the Chinese law and within China’s territory. Beijing cites the Qing-era norms, comprising a set of religious rituals and historical conventions as criteria for recognising the Dalai Lamas. Those were followed by the Chiang Kai-shek government for appointing the current Dalai Lama in 1940. Thus, Beijing is all set to pick the next Dalai Lama as per the Qing-era norms and in compliance with China’s state laws and regulations under Order No. 5 that currently regulate the reincarnation of Tibetan ‘living Buddhas’. The Communist Party of China has rebuked the Dalai Lama for threatening to terminate the system; in the party’s view, it is tantamount to ‘profaning’ Buddhism, showing disrespect to and betrayal of Tibetan traditions.

So far, successive Dalai Lamas have been found within Tibet. But what makes the reincarnation issue a geopolitical one is the Dalai Lama’s threat to be born outside of the Tibetan borders, ostensibly in a ‘free country’ like India. Beijing has reacted strongly to this. But the Dalai Lama needs to think twice, for it would be like throwing the baby out with the bathwater, which would make China’s task easier.

Only the US, which wants to offset Beijing’s plans, has so far put its weight behind the Dalai Lama. The US ambassador-at-large for international religious freedom Samuel D. Brownback recently visited Dharamshala to reaffirm his country’s support. He also hinted at building global support through the UN.

This is where the US and the Dalai Lama are going wrong. Any attempt at making reincarnation an international issue serves China’s purpose. History, territory and realpolitik favour Beijing’s case. China’s heft in world politics has only grown since 1989. The Tibetan leader will not be able to blunt Beijing’s global outreach.

The conflict would intensify if there are two claimants to the post—one selected by the Dalai Lama’s office and another by Beijing. The exiles would reject any Beijing-chosen candidate. Countries supporting the candidate born outside Tibet would risk their ties with Beijing. China has every arsenal—political, diplomatic and economic—to get global endorsement for its chosen Dalai Lama. This leaves Dharamshala to drum up support from the Buddhist clergy of Vajrayana states like Bhutan, Mongolia, India, Russia and Nepal. But their political leaderships may be averse to directly interfering in the selection process.

Even on the spiritual front, China may have its aces. The Panchen Lama Gyaltsen Norbu is a good source of support for Beijing. Getting the Karmapa to return to Tibet for the next Dalai Lama’s validation is another option before Beijing.

It will not be easy for New Delhi to steer clear of the issue. The Tibetan government-in-exile is in India, and it might choose its own candidate born in a Tibetan or an Indian family. But, the Dalai Lama institution is neither rooted in India nor was there was any precedent of India influencing a Dalai Lama’s selection. A rebirth in India may lead to bitter ties with China permanently. The present border standoff could get prolonged to a few more generations with the high strategic cost involved.

There are other territorial costs. The birthplace of any Dalai Lama would inevitably get linked to the Tibetan mythical worldview that China would fully exploit for its territorial claims. The Dalai Lama’s plausible rebirth in India could further strengthen China’s claim on the boundary issue.

The Dalai Lama is capable of shrewdly using India’s vulnerabilities over the Tawang issue for settling scores with China. But New Delhi has lately marginalised the Dalai Lama factor in its China policy. As of now, China wants India on its side if the issue is to be solved in its favour. Probably, the Wuhan process was about that. At best, India could maintain the balance, keeping the religious issue with the Tibetan community to settle, and not getting involved in the legitimisation business.

The Dalai Lama told his followers late last year not to hurry his reincarnation plan, since he is in good health. It is unclear why he has delayed his final call—whether he is still left with sufficient time or he wants to give Beijing some more time to seek a common ground on the issue. The CTA has suggested that any amicable solution can be found only if China accepts its middle way proposal for resolving the issue of Tibet, but Xi Jinping has not taken a call for reconciliation.

Beijing, in its last move, may allow the Dalai Lama to return as a spiritual leader. The Dalai Lama may agree, provided he is allowed to have a say in choosing his successor.

P. Stobdan is author of the recent book, The Great Game in the Buddhist Himalayas: India and China’s Quest for Strategic Dominance.