These drought-proof villages of Maharashtra have lessons to offer

These Maharashtra villages are flourishing through water conservation 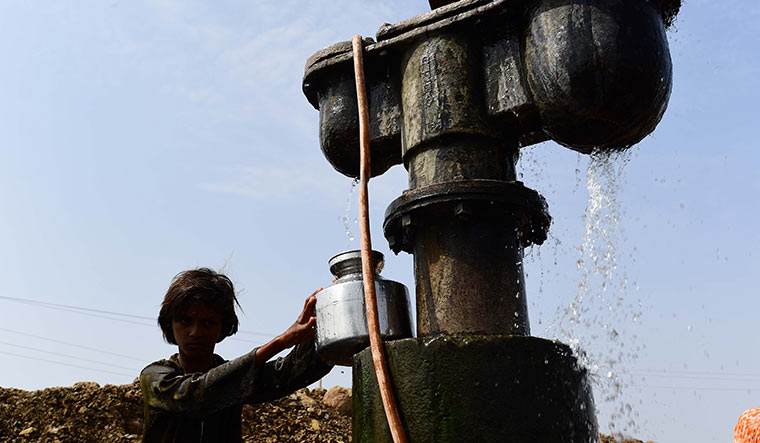 ARJUN LAXMAN YADAV and his farmer friends are killing time sitting under a tree at a cattle camp on the outskirts of Rajpimpri village of Beed district in the Marathwada region. They have been idling ever since their livestock was moved to the camp three months ago. “The village does not have a drop of water left,” said Yadav. “All the wells have dried up. There is no fodder for the livestock. Our houses remain shut as we are here with the cattle. We eat here, sleep here and sit under this tree during the day, chatting and waiting for rain.”

It is not that Yadav and his friends are not used to hardship. This region has been prone to drought for centuries. But this year and the last have been very harsh. “We are surviving on water that tankers bring to the cattle camp,” said Yadav. “We bathe with a quarter of a bucket.” There are hundreds of villages like Rajpimpri in Beed. The dams and reservoirs in the district are dry and the mighty Godavari has been reduced to puddles. The people and the cattle camps depend on 1,000 tankers that bring water to Beed every day.

At Polachi Wadi village, a local resident Trimbakrao Pol said he was forced to relieve himself in the open as he could not afford to use water in the toilet. “The tanker comes to our hamlet once in six days,” he said. Satish Patil, 40, of Chaklamba village said his step well, which was 200 years old, had gone dry for the first time in his life. “Nothing has grown on my farm in the last two years,” said Patil. His cousin Manoj committed suicide two years ago because of crop failure. “I am happy that I don’t have to depend on agriculture,” said Patil. “I am a contract employee of BSNL and earn Rs7,500 a month.”

Patil said 2,500 to 3,000 people from the village (population 13,000) had migrated to western Maharashtra and big cities because of the drought. “Things have gone so bad that a Deshmukh from our village is working in a shop owned by a local Marwadi family (Deshmukhs and Patils are top of the village hierarchy),” he said. A few months ago, the villagers went on a hunger strike demanding the construction of a sub canal from Jayakwadi dam, the biggest in Marathwada. 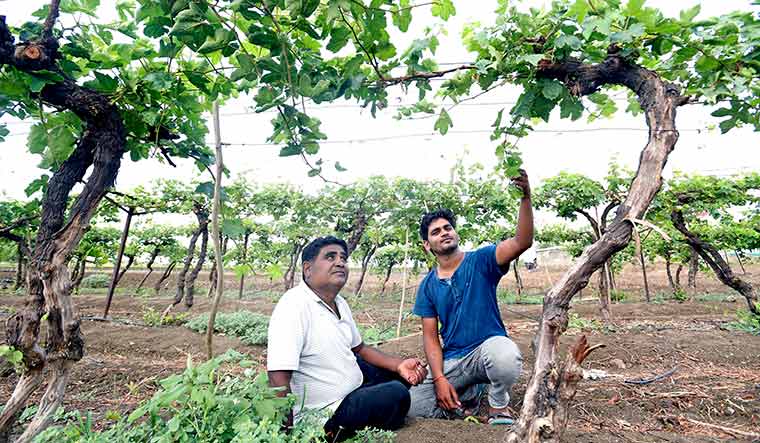 Babanrao Lonikar, minister of water supply and sanitation, told THE WEEK that the drought was very severe in Marathwada. Lonikar has planned a water grid linking all 11 big dams in the region. The aim is to reduce dependence on rain. The project, to be taken up with assistance from Israel, has been approved by the government. A miniature scheme similar to the proposed Marathwada Water Grid is almost ready in Jalna district, neighbouring Beed, and will be commissioned within two months. “It will cover 176 villages in Jalna’s three taluks and we will give 40 litres per person per day. The cost to people will be Rs7 per 1,000 litres,” said Lonikar.

Some villages have succeeded in beating the drought on their own. Prominent among them is Kadvanchi in Jalna, which has 650 ponds and cultivates grapes on 1,500 acres. “Our wells are full till February,” said Chandrakant Kshirsagar, the sarpanch. “From March to June we use water from the ponds. All this became possible because of water conservation and water harvesting work we had done from 1998 to 2000. The farm income of the village has crossed Rs50 crore. It was just about Rs75 lakh 20 years ago.”

He said only about 35 people in the village (population 3,000) took up jobs. “All others are working full time on their farms,” he said. Suresh Kshirsagar is one of the prosperous farmers who have made good use of water conservation and water harvesting methods. He collects water in three ponds and stores it in tanks. “Then I use it on my 50 acres of farmland,” he said. He is a leading grape grower whose produce is sold in Nagpur, Madhya Pradesh and Chhattisgarh.

Another such drought-proof village is Aadha in Jaffrabad taluk. The Watershed Organisation Trust (WOTR) has been helping villagers in Aadha. Nitin Mahale and Limbadas Kannar from Aadha said that the village wells still had water to grow vegetables though it got just 400mm rain last year (against an average of 575mm). “We did a lot of work last year to save and manage each and every drop of rainwater,” said Mahale. This included continuous contour trenches, and desilting and widening of nullahs. Gabion structures were also constructed and 22 ponds were dug. “In 2014, the entire village decided to move to sprinkler and drip irrigation from flow irrigation,” said Mahale. “With the guidance from WOTR, we even changed our cropping pattern. Almost 70 per cent farmers cultivate soya in kharif and half the village grows harbhara during rabi season. We also grow corn, wheat and jowar during rabi season. Corn is grown only if rainfall is above 500mm. Otherwise, we cultivate wheat and jowar.”

Anil Wandhekar, coordinator of WOTR, said each of 170 wells in the village had water at a depth of 20 feet even in this drought.