Successful FTA with India will be major win for Sunak

Suella Braverman, his hawkish home secretary, could prove to be major challenge 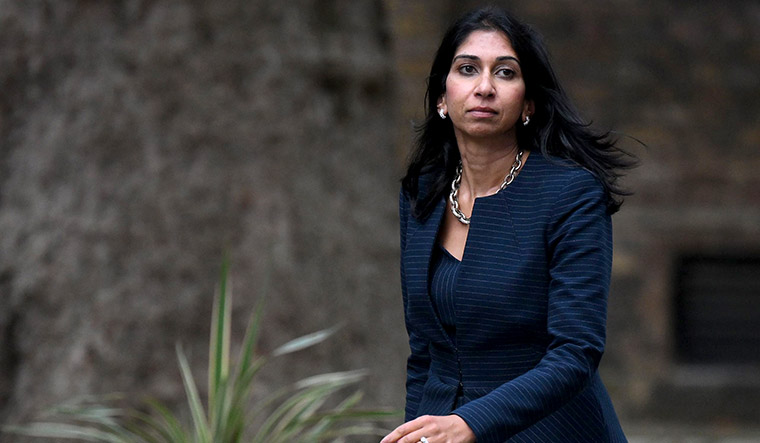 Rishi Sunak has made history by becoming the first person of colour to become British prime minister. The biggest challenge for him, however, will not be history, as the UK faces a looming economic crisis made worse by the Ukraine war. In his first speech after taking charge, Sunak warned that difficult decisions would soon follow. Sunak needs to ensure that the upcoming winter does not turn out to be a winter of discontent for the British public and the Conservative Party.

The conservatives remain a much divided house. And Sunak will have to rally the rank and file to prove that he is the right person to lead the party into the next general elections. Along with economy, foreign policy, too, will be a major challenge. In a phone call with US President Joe Biden, which was dominated by the Ukraine war, Sunak stressed the importance of working together with Washington to enhance stability across the world. He also reiterated Anglo-American support for the people of Ukraine. On China, too, Sunak is unlikely to deviate from existing policy. The readout of his phone call with Biden said the two leaders agreed to “address the challenges posed by China”.

India has embraced Sunak with great warmth. And ties with India could prove to be a major opportunity as well as challenge for Sunak, who was called “the living bridge of UK Indians” by Prime Minister Narendra Modi. Speaking at the Conservative Friends of India (CFIN) diaspora event in August, Sunak said that he wanted to make it easy for British students to travel to India and for British and Indian companies to work together. “It is not just a one-way relationship, it is a two-way relationship, and that is the type of change I want to bring to that relationship,” said Sunak.

The biggest challenge for Sunak is to bring the Free Trade Agreement back on track. The signing of the agreement has already missed the Diwali deadline announced by former prime minister Boris Johnson. Liz Truss, too, was committed to wrap up the deal, at least by Christmas. It is now up to Sunak to deliver it. “Concluding the FTA will signal that Britain is open for business,’’ said Harsh Pant, vice president-studies and foreign policy, Observer Research Foundation, New Delhi.

For Britain, which is facing a tough economic environment, the FTA will be an important step ahead. It was never going to be easy to begin with. But Sunak will find it even more difficult, especially with the concerns raised by Home Secretary Suella Braverman about increased immigration. Braverman said the largest group of people who overstayed their visas in the UK were Indians. “I have concerns about having an open border migration policy with India because I don’t think that’s what people voted for with Brexit,” said Braverman. “We even reached an agreement with the Indian government last year to encourage and facilitate better cooperation in this regard. It has not necessarily worked very well.”

Her remarks certainly did not go down well with India. “By raising the issue, Braverman has linked migration to the FTA. Sunak will have to tackle it head on,’’ said Pant. “Everyone will measure the package against this. It will be a tough choice. The economist in him will want to push hard but as a politician he will have to balance this.”

The FTA has the potential to double India-UK bilateral trade by 2030 from the existing ￡25.7 billion. It could give a major push to the services trade between the two countries, which accounts for 60 per cent of overall annual bilateral trade. Under the FTA, India will be focusing on the services industry, which is why easier visa regimes for professionals is a high priority. Some of the sectors which are expected to benefit from the agreement include information and communications technology, digital services, textiles, pharma, health care and food and beverages. The UK is one of the largest markets for Indian IT services. India is also hoping for concessions on textiles and leather goods. Britain, meanwhile, wants lower tariffs on automobiles and whiskey. Currently, a bottle of Scotch attracts 150 per cent tariff. The Scotch Whiskey Association believes once the tariffs are slashed, exports to India could rise by ￡1 billion over five years.

India is also eyeing some geopolitical benefits from the FTA. After walking out of the RCEP (Regional Comprehensive Economic Partnership), India needs access to newer markets. The FTA with the UK will also give a fillip to its free trade talks with the European Union, which have been stalled for some time.

For Sunak, a successful FTA with India will be a major political and economic success as the UK tries to find its way in a chaotic post-Brexit world. He has promised to “build an economy that embraces the opportunities of Brexit, where businesses invest, innovate and create jobs”.

It seems it is up to Sunak to make history once again.