The country may implode, despite the wishes of the world to see a stable Pakistan 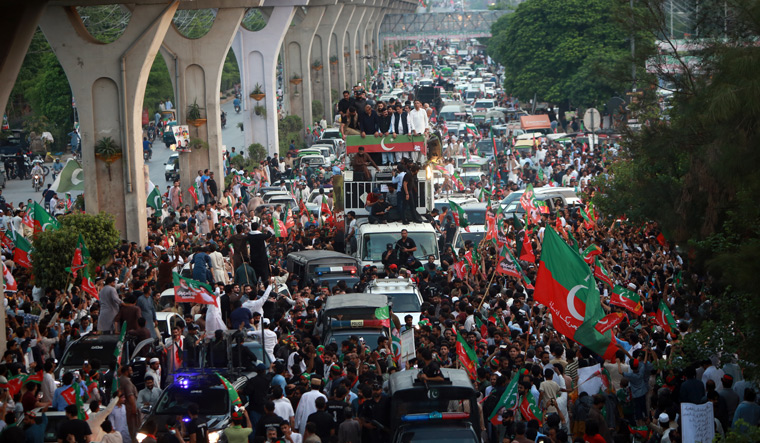 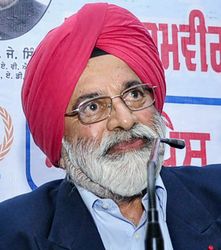 In its chequered history, Pakistan has endured turbulent times, and today it faces some of its biggest challenges: governance of a nation comprising five disparate entities—Punjab, Sind, Baluchistan, Pashtunistan and Pakistan occupied Kashmir (PoK)—the extremist monster created by it in the 1970s and 1980s, political instability and, to top it all, a collapsing economy. In desperation, Pakistan’s army chief, General Qamar Javed Bajwa, had in July personally appealed to the US to release $1.7 billion, to help Pakistan’s bailout accord with the International Monetary Fund. Though it is learnt that the US has once again helped Pakistan, it must be understood that such benevolence comes at a huge cost. Even its closest ally, China, is no longer ready to give Islamabad interest-free financial packages.

Discussing India-Pakistan relations and Pakistan’s obsession with the ‘core issue of Kashmir’ in 2007 with Stephen Cohen, a renowned scholar and Pakistan expert, I commented that ‘the uncontrolled activities of jihadi organisations all over Pakistan, particularly in the Af-Pak border region, had made it the fountainhead of Islamic extremism and terror’. The disastrous consequences of lack of governance, tottering economy, inherent societal schisms and deep-rooted contradictions cannot be wished away. A nuclear-capable Pakistan, which is at war internally and wrestling to remain afloat, has become a concern for the security not only of South Asia, but also the whole world.

During the Kargil war, Pakistan initially trotted out the narrative that the fighting was being carried out by ‘Kashmiri freedom fighters’ and the mujahideen, and that their army had nothing to do with it. This was disproved within a few days when the search of the dead bodies of the intruders clad in black kurta-pyjamas provided incontrovertible evidence such as their military identity cards, diaries, photographs and personal documents. Even till the end of Pervez Musharraf’s misadventure, we did not find any of those mujahideen. Subsequently, Osama bin Laden was discovered and killed in his hideaway in close proximity of the Pakistan Military Academy in Kakul, Abbottabad. All along, the Pakistani establishment claimed not to know about his whereabouts. Brilliantly summed up by well-known Pakistani journalist Cyril Almeida, “If we didn’t know [Osama was in Abbottabad], we are a failed state; if we did know, we are a rogue state.”

Pakistanis cannot continue to play this double game any longer if they want to avoid being ostracised by the world. Interestingly, the Taliban have claimed that the Pakistanis ‘feed them with one hand and kill them with the other’. This attribute has once again been demonstrated in the hunting down of Ayman al-Zawahiri, a top-level Al Qaeda leader and a key planner of the 9/11 terror attacks.

The people of Pakistan are at a crossroads. They have to decide whether they wish to be a moderate and progressive Islamic nation living in peace with their neighbours under a democratically elected government and not a puppet regime under the shadow of the deep state. Furthermore, they need to take control of their destiny and not allow it to be at the mercy of the army, the Taliban of Pakistan or Afghanistan variety, or Al Qaeda and other obscurantist elements. Apparently, the army has come to the conclusion that governing Pakistan and sorting out the mess are beyond its capability, although it is unlikely that the generals would let the civilian government decide on security matters and the Kashmir policy.

For people of our generation who had to abandon our land, homes and properties in erstwhile Punjab, Sind or east Bengal of undivided Hindustan, there is a deep-seated and heartfelt yearning to visit the birthplace of our ancestors, feel its soil and partake the daana–paani (food and water). Freedom of travel and greater people-to-people interaction and an increase of economic ties and trade just as one finds in Europe today is an ardent desire and dream for all of us in South Asia. For this scenario to become reality, the onus now lies squarely on the leadership and power elites of all nations concerned, but primarily with those of Pakistan.

On the positive side, one can sense certain signs of change in Pakistan, such as the questioning of the army and the establishment (hukumraan), although muted at present, as to where their nation is headed. The people are confused and restive at the same time. A Pakistani passport holder often has to endure a stricter scrutiny before his entry into western countries. Pakistan must acknowledge the fact that a rapidly rising India is in a different league altogether. The Indian tricolour was willingly carried by students of Pakistan and other countries to get out of Ukraine. In the UK and many other countries, Pakistani restaurateurs prominently display ‘Indian names and cuisine’ on their billboards because of the advantages that accrue by being associated with brand India and its rich cultural heritage.

An accurate observation made by Lieutenant General Gul Hassan Khan (retd), the sixth and last commander-in-chief of the Pakistan army, in his autobiography, Memoirs, “I am not clear in my own mind in which direction Pakistan is heading. The sooner those at the helm of affairs realise this lack of direction, the less misfortune we are likely to encounter in the future.” Unfortunately, this sane advice given almost three decades ago seems to have fallen on deaf ears.

It is very likely that despite the wishes of the US, China, India or the rest of the world to see a stable and prosperous Pakistan, it might still implode. In fact, I went to the extent of telling Cohen that the button for self-destruction might have already been pressed. The onus of saving their country now rests with the people of Pakistan who need to snap the already-lit fuse before it reaches the detonator, and arrest the downward slide of their nation into chaos and destruction.

The writer is former chief of the Army staff.