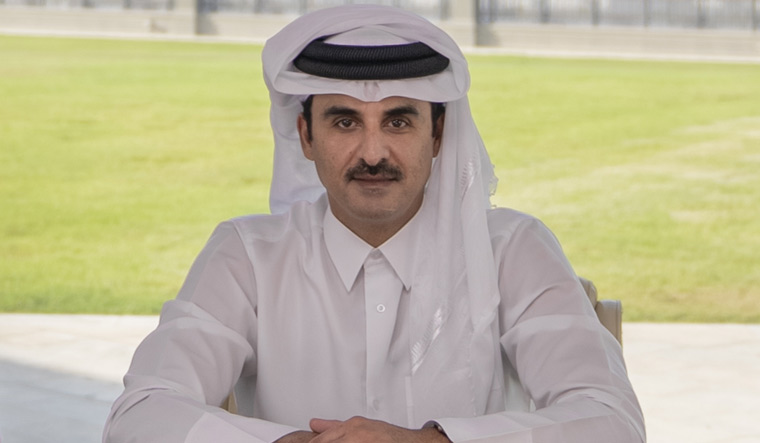 A tiny country tucked in between Arabian sands and the Persian Gulf is emerging as the Geneva of the Middle East. Qatar, a country that is barely 11,586sqkm in size, now wields an international heft that many bigger countries cannot even dream of.

Doha, its capital, has hosted diplomats from across the globe, as they engaged with the Taliban at various levels—bilaterally or in groups. Taliban set up its foreign office here in 2013, and the city has played an important role in shaping the once proscribed terror outfit into a reality that just might get legitimised. Doha’s early negotiating success was facilitating the swap of a US soldier in Taliban custody since 2009, in return for five Taliban men in Guantanamo Bay prison. The exchange happened in Doha in 2014.

Doha provided that neutral ground, which was comfortable to both the US (it has its largest air base in the Middle East, Al Udeid, also the forward base of its Central Command, in Qatar) and the Taliban, which preferred this country over options like Saudi Arabia and Turkey when it wanted to set up a diplomatic office. Qatar had not recognised the Taliban government from 1996 to 2001, only Saudi Arabia, the UAE and Pakistan had. Yet, the Taliban preferred Qatar for its outreach. Taliban leaders had been moving into Doha since 2011. It was to Qatar that Mullah Abdul Ghani Baradar headed when he was released from a Pakistani jail in 2018, a move that paved the way for the intra-Afghan peace talks. Over the last couple of years, as the talks began taking some shape, Doha’s eminence rose. The Doha Agreement of 2020 by which the US agreed to a full withdrawal from Afghanistan is the document which has shaped the present scenario in Afghanistan. Qatar continues to remain important to the Afghan story. It facilitated evacuations of foreigners and Afghans, and was among the first to rush in with relief material for Afghans. It helped reopen Kabul airport, along with Turkey and the UAE, and got domestic flights operational. Many countries have shifted their Kabul embassies—at least temporarily—to Doha, while Afghanistan remains in a flux.

Qatar is a maverick in the Gulf Cooperation Council (GCC). It thinks and acts independently, often to the ire of the big brother in the region, Saudi Arabia. Its phenomenal wealth, largely through the deposits of natural gas, allows it to get away with its outlier ways—something which Oman cannot. With a per capita income of around $128,000, Qatar is among the richest countries in the world, where the definition of middle class itself is someone who can only afford an apartment, and not a mansion, in London’s Mayfair.

So in 2006, Qatar launched the Al Jazeera network, which provides English language news away from the tilts of the US and the UK, and openly critiques the policies of Middle East nations, except, of course, Qatar. The other countries frowned at Qatar, but Al Jazeera went on to be a success. Then, in 2011, when the Arab Spring swept over Saharan Africa, Qatar openly sided with the Muslim Brotherhood, an outfit which Saudi Arabia declared as terrorist, as it was against the emirate kind of governance. Qatar maintains friendly ties with Iran, which again irks the GCC.

In 2017, angered by Qatar’s “errant ways”—the Al Jazeera network, friendship with Iran and support to the Muslim Brotherhood—Saudi Arabia, the UAE, Bahrain and Egypt cut off diplomatic ties with the country. The blockade was lifted this January. Anyway, it had not had the intended effect of isolating Qatar, which strengthened its friendship with Iran (with which it shares a rich natural gas reserve) and became the fulcrum for Afghan negotiations. “During this period, it decided to reach out to the world, and styled itself as a negotiator in international matters,” said Anil Trigunayat, India’s former envoy to Libya.

In fact, even before, Qatar was clear about making itself relevant on the global stage and not just remain a regional entity. In 2010, it won the rights to host the football World Cup for 2022, the first Arab country to do so. It will also host the Asian Games for a second time in 2030. Qatar has also become an education hub, with a number of US universities having overseas campuses in Doha. “Qatar has modernised itself, going in for renewables and smart technologies,’’ said Trigunayat. 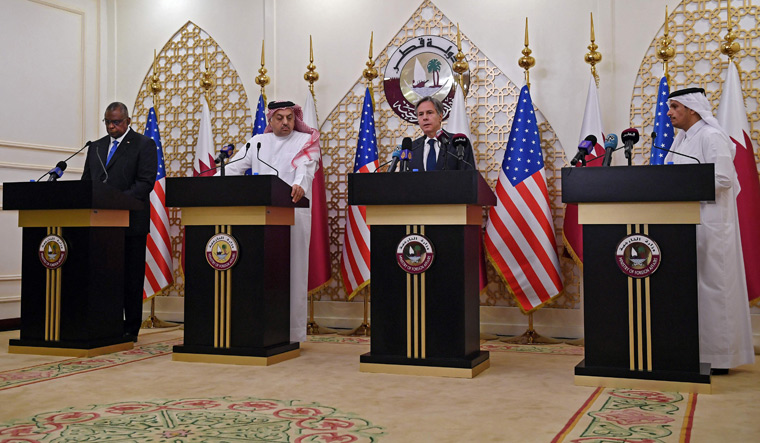 Qatar’s foreign policy, said Mohan Kumar, dean and professor of diplomatic practices at the O.P. Jindal Global University, was “disruptive, aspirational and very successful”. Qatar, he said, offered a lot more than just five-star amenities for dialogues. “Its easy rapport with many warring factions helps in getting these parties on board. It is shaping itself the way Norway had during the LTTE crisis years. Because of its geography, it provides the perfect bridge for mediation between the east and the west,” said Kumar.

While the Taliban talks made big news, Qatar has also mediated between the warring Hamas and Fatah factions of Palestine, and among various factions in Sudan. It is the only country which can take on Saudi Arabia in the region. However, now that the blockade is over, it is keen on easing ties with neighbouring countries. It has offered to broker talks between Iran and the US over the nuclear deal that former president Donald Trump tore up. Who knows, it might someday even be an interlocutor between China and the US.