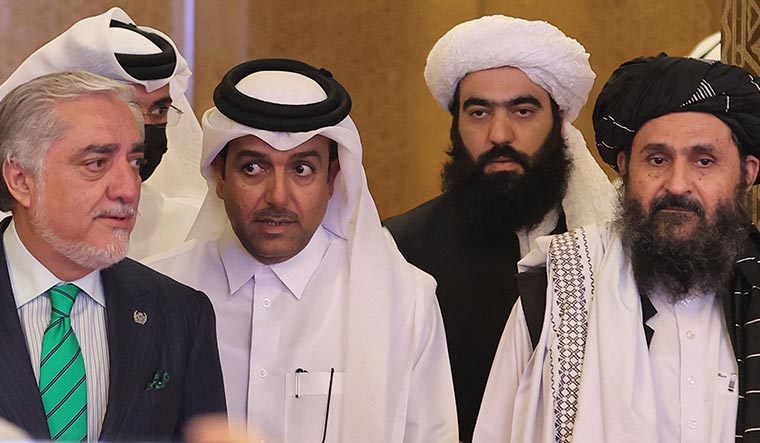 ALTHOUGH THE TALIBAN is the most influential player in Afghanistan, details about its leadership and organisational structure are sketchy. The group’s supreme leader is Hibatullah Akhundzada, who took over in 2016. He is assisted by three deputies: Mullah Yakub, the son of founding leader Mullah Omar, Sirajuddin Haqqani of the Haqqani network and Mullah Baradar, who is in charge of political affairs.

Akhundzada reportedly prefers a hands-off approach. “Most decisions are left to the leadership council,” said a source. One-third members of the council are based in Doha and the rest are in Pakistan and Afghanistan. All major decisions are cleared by the council.

There is speculation that a battle is brewing among the deputies for supremacy. A source said it was essentially a competition between Baradar and Yakub. With Akhundzada not being involved with each decision, the deputies enjoy considerable leeway. Even local commanders are given enough latitude in designing their operations and framing local policy.

Being the commander of the military wing, Yakub seems to have the upper hand among the deputies, but he has also reportedly made some military blunders. Baradar, known as the face of the group’s Doha office, is also a powerful player. “Only two or three people in the movement play a role equal to or bigger than Baradar’s,” said a source.