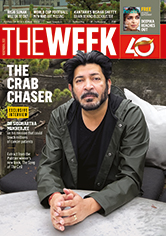 Dr Siddhartha Mukherjee is doing a wonderful job. I agree with him that the war on cancer has many fronts; cancer continues to one of the leading causes of death in the world (‘Micro-scope musings’, November 6). Mukherjee has an impressive academic record, and is extremely popular. I want to laud his effort to make cancer treatments cheaper in India. The pandemic has energised immunology. I have no doubt that the crab chaser’s research will be fruitful, bringing help to millions of cancer patients. Let me wish Mukherjee good luck.

Cancer is not as scary as it used to be some years ago. Mukherjee’s research will help advance cancer research. Cancer, these days, is all about the right treatment at the right time. It is natural for cancer patients to be overwhelmed, but it helps to be mentally strong. I see many who battle cancer while staying strong.

Inspite of the tragic bridge collapse in Morbi, the BJP will win in Gujarat (‘Big guns deployed’, November 6). For 20 years or so hindutva has become entrenched in Gujarat. Even if the AAP and the Congress offer better governance, most Gujaratis would want to vote for the BJP. I feel the day Narendra Modi ceases to be the prime minister, the people of Gujarat will end their association with the BJP.

Everyone outside the UK will keenly observe Rishi Sunak and how he goes about fixing the country’s economy (‘Get real with Rishi, folks’, November 6). Sunak assumed office with a crown of thorns.

Sunak will have to burn the midnight oil in the coming days to convert his crown of thorns into a crown of roses.

Sunak is not going to be any different from the previous prime ministers of the UK. He will make sure that his government does not get too close with India, as critics are going to watch whether he will favour the land of his wife.

You said it, Aiyar

Mani Shankar Aiyar in his thought-provoking column (November 6) has tried to blame the Army top brass, too, for the debacle in 1962.

Back in 1962, I was a young student who regularly listened to All India Radio. I felt that besides the military leadership the political leadership was also at fault. They said the loss to China affected the health of Jawaharlal Nehru so badly that he died soon.

I want to thank Aiyar for opening that hushed-up chapter of our history, so that today’s leaders and military leadership can correct themselves.

China is rapidly growing as a superpower that the world looks up to. In terms of gross domestic product, China is second only to the US.

The unipolar world order that the US pushed during the post-Cold War period and after the collapse of the Soviet Union is gradually fading away. Although the US claims to be a nation with more democratic values than any other country in the world, it has maintained a strong imperialist standpoint on issues of global importance. The world has seen such an approach by the US in Palestine, Afghanistan and Iraq.

Having said that, China’s treatment of the Uyghurs, the manner in which it is quashing protests in Hong Kong and pushing the infallibility of Xi Jinping are worrisome.

Amitabh Kant painted a rosy picture in his column (‘Banks reach every home’, November 6). The range of investment choices offered by banks, post offices and insurance companies have put the common man in a quandary. This is at odds with the ease of living objective of the government.

Kant admits that financial courses can be conceptualised to familiarise the aspirational middle-class in India with various financial instruments and wealth creation. If so, will the government make it obligatory for citizens engaged in other vocations to pursue a diploma in personal financial management? It is imperative to move away from the finance-centric approach to societal welfare.

A case in point is that of employees of Central universities who have been waiting for the implementation of judicial orders on the conversion of Central Provident Fund to the more beneficial Government Provident Fund pension scheme. Cases have been piling up in several High Courts. In the case of the Indian Institute of Science in Bengaluru, there is open discrimination: Government rules are interpreted to benefit only the teaching staff; the non-teaching category is forced to approach courts for justice. The ministry of education, the University Grants Commission and vice chancellors and directors of Central universities and institutions need to be roused to the enormous social cost they are imposing upon the nation. Will the likes of Kant address such real life grassroots problems instead of revelling in policy-level ivory towers?

If the Congress has to emerge stronger, the only solution is to remove unproductive leaders from party positions (‘Show of hands’, October 30).

These good-for-nothing leaders should be kicked out and leaders like Shashi Tharoor should be brought to the forefront with full authority given to them.

Should we expect such a change in the immediate future? If so, it will be good for the Congress and our country.