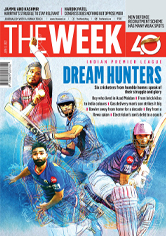 The Indian Premier League has opened the playing field to aspiring cricketers from all over the country, and it is going to pay dividends (‘Streets to suites’, June 12). The IPL throwing up new, unknown talent every year will help cricket grow even more in the subcontinent. The cricketers you have featured should not take success for granted and should continue to play well. They should not be satisfied with playing in the IPL, and should work hard to make it to the national team, and be there, as quality players, for at least five to six years, playing consistently well.

I wish these cricketers from humble homes the best. May they inspire many more.

I was impressed by these cricketers you have featured. They have endured all kinds of struggles to make it to the grand stage. If not for the IPL, they would not have come to the forefront. But I will not shy away from saying that cricketers in our country are also minting money from the IPL. There should be a feasible balance between T20 leagues and Test cricket.

Performance in T20 is not the sole yardstick to measure a cricketer’s talent. The BCCI wants the IPL to be among the top three sporting leagues in the world. I am concerned on how the IPL is sidelining Test cricket.

None of today’s players are keen to play Test cricket, which was once considered the real test of a cricketer, where a player’s temperament, class and technique are tested. Test cricket, unfortunately, is dying a slow death.

Even though electrical vehicles are gaining momentum, it is fraught with teething problems (‘A ride to the future’, June 12). The government, along with industry experts, must put their heads together in resolving these problems, and take the usage of electric vehicles to the masses on a much wider scale.

‘Last Word’ by Navtej Sarna (June 12) was humorous and thought-provoking. I wonder why such seamless and absolute powers have been bestowed upon district collectors and IAS officers. During the British raj, officers were appointed across the country with unlimited powers to collect tax from the people, and were known as tax collectors. After Independence, democratic and free India slightly modified the term to collectors.

When out of power, politicians have rowdies around them for all kinds of dirty jobs, and while in power they have the powerful IAS and IPS officers with them. I will not blame the IAS couple in Delhi who cleared the stadium of athletes so that they could walk their dog on the racing track. I blame our elected governments for not yet eradicating the hangover of the British raj from the minds of officers.

At a time when the Election Commission has notified the election of India’s next president, the one and only name that comes to my mind is that of Gopalakrishna Gandhi, former governor of West Bengal (‘Detour’, June 12). Even though Gandhi lost the chance in an earlier election to become the occupant of the Rashtrapati Bhavan, he is the most suited person to become the first citizen of the country.

Your report on the Rajiv Gandhi assassination convict A.G. Perarivalan was in bad light (‘Keeper of faith’, June 5). He is not a martyr as some project him to be. Perarivalan came out of jail because of vote bank politics and misplaced sympathies. Let us not forget that apart from Rajiv, many others were also killed in the suicide bomb attack at Sriperumbudur in 1991.

I knew one of the victims of that fateful night, who was Rajiv’s security officer. An esteemed publication like THE WEEK should have restrained from glorifying such people.

The statement by the RSS chief, Mohan Bhagwat, to not look for a shivling beneath every mosque is very sobering (‘Prayers of anger’, June 5). Yes, there have been Muslim conquests on the Indian subcontinent over the years, and thousands of temples might have been destroyed. But what do we gain by opening up wounds?

What effect will this have on Gulf nations with whom we share good relations? It is time the government stepped in and stopped all the mischief.

Metaverse is an exciting concept that has great potential for technology companies (‘The world is not enough’, June 5). However, little or no discussions have taken place on the socio-behavioural, ecological, financial and legal aspects of life in Metaverse.

Anuja Chauhan’s columns smacks of hypocrisy. If Chauhan does not agree with the narattive of the The Kashmir Files and calls it biased, I also have the right to call The Archies fake and pretentious (‘The Archies aren’t kidding’, May 29). Chauhan does not need to write an entire column to convey her thoughts. She just needs to write, “I hate Modi”—after all that is what she conveys in every column.

Let me congratulate THE WEEK on entering its 40th year of effective journalism. During the pandemic when other publications reduced content, you did not. You served us during difficult times. Rest assured that I will be a lifetime member of THE WEEK.