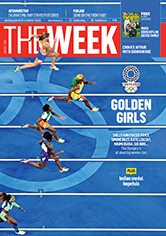 Your cover story on Tokyo 2020 was thorough and informative (‘Her O!’, August 1). I am happy that there are so many women athletes participating in this Olympics. All of them have gone through their share of struggles, and yet have emerged victorious.

The Indian contingent will surely better the six-medal haul from London 2012. The day is not far off when India will be in the top ten in the world in the Olympics. There is so much of natural talent here. It is all about tracing them and training them.

The outstanding achievements of athletes and sportspersons—both men and women—in the Olympics, and bags of medals won consistently by nations such as China, the US, Russia and Japan, as compared with India and countries at the tail end of the medal list, exposes the dire need to examine factors contributing to the poor showing.

In India, we are more obsessed with cricket, which is drawing more fans with each passing day.

In other sports, lack of infrastructure and facilities is a problem. Also, the absence of proper encouragement to budding athletes has been a major drawback, dampening the spirit of upcoming athletes who are mired in economic pulls and pressures.

Biowarfare expert Maj Gen Pratap Narwal (retd) has hit the nail on the head with his observations on the treachery of the Chinese Communist Party, the People’s Liberation Army, other state-controlled research institutions and private players engaged in unethical research using biotechnology and gene manipulation (‘Deceit in its genes’ August 1).

From developing designer animals, harmful microbes, and even genetically modified super soldiers for future wars, the Chinese government seems to have gone berserk. The international community should stand united in stopping this madness.

Even Jawaharlal Nehru said the Chinese were “arrogant, untrustworthy, devious, and hegemonistic lot”, as revealed in the diary entries by former diplomat G. Parthasarathy.

One feels sorry for the poor seafarers from India who were betrayed and held on false charges in Iran (‘Trapped in Chabahar’, August 1). It is sad that they stand acquitted by a court of law but are still stranded in Iran at the mercy of the locals there.

It needs only a simple stroke of diplomacy from the external affairs ministry to get them released. But, surprisingly, even an SOS video to the prime minister and a public interest litigation in the Delhi High Court have not borne fruit. The innocent seafarers, who had gone abroad with big dreams, and their poor families at home, deserve a better hearing. The crew ought to be freed immediately.

Your cover story was a fitting tribute to the four Indian-origin women at NASA (‘Women of perseverance’, July 25). They have all come up the hard way.

After reading the article, one will never forget the acronym coined by Nagin Cox—IWWTWTF—‘I was willing to wash the floor’. That really shows how determined she was to get into NASA.

Reading the line, ‘Perseverance must read over five lakh lines of code autonomously’ reminded me of the two disasters involving launches at NASA, which occurred due to software errors. The first was that of Mariner I on July 22, 1962. It was bound for Venus. But crashed minutes after the launch because a hyphen, yes, just a small dash, was missing in its software! As Arthur C. Clarke said, “It was the most expensive hyphen in history.”

The second failed launch was that of Mars Climate Orbiter on December 11, 1998. This was due to a navigation error caused by a failure to convert from English units to metric units.

The sky is the limit. Overcoming personal and professional hurdles, NASA’s desi women proved that they can conquer the final frontier—space. We, as Indians, should be proud these four women who were chosen by NASA to be part of the Mars 2020 mission. May their tribe increase.

After being in power for a decade, the AIADMK government, which drove on the mass appeal of M.G. Ramachandran and J. Jayalalithaa, has paved the way for a DMK government yet again (‘Solid Start’, July 25).

Stalin means business and is aspiring to take Tamil Nadu to the zenith.

I feel happy reading THE WEEK. You should include more articles that will attract young people and teenagers. You can even consider a few thrilling and adventurous articles.