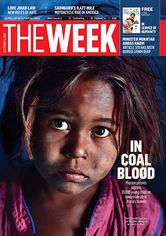 It was shocking to know that migrants in Jharia, Jharkhand, are pushing young children towards death, by forcing them to explore mines, and steal coal. This is risky, and cannot be permitted (‘For a fistful of coal’, December 6).

Workers should be trained on the hazards of over-exposure to coalfields. Strict action should be taken against companies that force people to stay in such dangerous zones. I am sure, through your cover story, the required awareness will be generated and the powers that be will take steps to end the misery of workers who live around coalfields.

It was heart-rending to know about the condition of workers inhabiting the area surrounding coalfields in Jharia.

The negligence shown by Bharat Coking Coal Ltd is shocking. Mining companies should take necessary steps to improve the living conditions of its workers.

One is flummoxed when one sees the amazing strides that Israel has made over the years (‘Interview with Avi Jorisch’, December 6). The small nation, which is surrounded by much hostility, has had a meteoric rise, tantamount to that of a phoenix in Greek mythology. More than 50 per cent of Israel’s land is arid, yet it has so enviously excelled in agriculture.

The fact that India is spending only a meagre amount on primary and secondary schooling, when compared with other developing countries, is a cause for concern. One should remember that money invested in education is never a waste.

The pact made between Israel and India in 2018 will pave the way for technological innovations in India and also augment further development in agriculture and energy.

“Love jihad”, if such a thing exists, is an issue that needs to be dealt with in more ways than one (‘Love and laws’, December 6). But, I am not sure how many marriages involving Hindu women and Muslim men are happening through force and allurement. A law against “love jihad” is regressive and something that is not needed at this point. Awareness, I suppose, is the key.

A person has every right to live with anybody of his or her choice. This is essential to their right to life and personal liberty, as guaranteed by the Constitution.

States should not interfere in the relationship between two adults. There are so many inter-religious marriages that are going strong and do not face problems. To generalise things is not right.

Blame it on bureaucracy

Four out of the top ten multi-speciality hospitals in India are in public sector and hold their own against the hospitals run by some of the cash-rich private business groups (‘The viral test’, November 29). Yet, I wonder why organisations in the public sector are synonymous with inefficiency, poor service and wasteful expenditure.

It could be because our visionless bureaucracy is not able to interfere with the everyday functioning of such hospitals.

One of the finest actors

Your article on Soumitra Chatterjee (‘Apu departs’, November 29) gives a peep into the glittering contributions made by Chatterjee to the Bengali film world. The combination of Satyajit Ray and Soumitra gave birth to some unique and memorable films that could match the best in world cinema.

While in Kolkata, from 1969 to 1972, despite the language barrier, I watched several Bengali films, like Pather Panchali, Apur Sansar and Charulata. This is when I realised that language is no barrier for enjoying good music and films. Soumitra, besides being a great actor, found joy in writing stories and painting. His decision to not join politics was a wise one.

Donald Trump might have lost his presidency, but he is still relevant in the US (‘Soundbite’, November 29). Trump will be leaving office with increased popularity in an unprecedentedly polarised America.

The oldest democracy had to wait for so long to have such pro-female change. So far, Nobel Prizes have been awarded to 866 men and 53 women. Women represent just 14 per cent of all nominations in the Oscars.

Already, the Republicans and even a section of Democrats have opposed the nomination of Neera Tanden as the director for office of management and budget, which requires Senate approval. It may, therefore, not be inappropriate to assume that the women-led show, being staged by Joe Biden, although novel, might prove to be counterproductive.

I find it surprising as to why electronic voting machines are not trusted by some politicians, in spite of them being absolutely reliable and trustworthy (‘Point blank’, November 15). I have worked in various capacities in many elections, and have had the privilege of being an observer. I am absolutely convinced of EVMs’ efficacy.

One must also understand that there is an elaborate exercise called randomisation. These machines crisscross the nation. So, no one knows which machines go to which booth until the previous day of mustering.