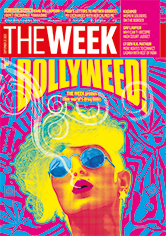 It feels disgusting to know that many of our leading actors, producers and directors are promoting or using drugs (‘Lost in the woods’, September 27). This cannot be tolerated and strict action should be taken against such people.

Celebrities, particularly actors, influence young people. So, the onus is now on the Narcotics Control Bureau to find out every minute detail of the drug cartel and its supply chain. I find it difficult to believe that 80 per cent of Bollywood actors are on drugs. That could be an exaggeration.

It is not right to generalise everything. A few bad apples are not going to spoil an entire basket. India is the land of so many great actors, who have done great social service, which will never be forgotten.

Too much focus and media attention is going into Bollywood’s dalliance with drugs. There are many other issues that the country faces, and have to be sorted out.

Most film industries in the world face such problems, and this is nothing new. Bollywood films should always portray drug use as a social evil and never glamourise it.

Also, the Narcotic Drugs and Psychotropic Substances Act needs to be amended again. The punishment for consumption of drugs is far lesser than the punishment for possession of drugs. Consuming drugs is also an equal crime. To say that they were forced into it will not help and is not an excuse.

The investigations into Bollywood’s drug racket should lead to the busting of larger drug networks in the country. That important painkillers like Tramadol and Premadol are being abused by many remains a cause for concern.

Nobody should use drugs, as it will ruin one’s life. Drugs are not the way to deal with stress and problems in life.

It was good to know about jobs that remained virus-proof during the pandemic. Hiring patterns have changed these days, and, I feel, all of us, at our workplace, will have to multitask in the coming days. So, from now on, it will be good if students do different courses at a time, and not just focus on one (‘Work & the virus’, September 20). I agree that humans and technology are more powerful together. We also cannot depend entirely on technology.

I went through your list of jobs that have become highly desirable in the post-pandemic scenario. But, I am not sure whether that will remain how it is. The pandemic is here to stay, and in the coming days newer opportunities will arise.

Virtual trainers will always be in demand, as teachers in schools and colleges are finding it tough to adjust to online classes.

It is time we took a firm stand, acknowledging the forcible occupation of Tibet by China (‘Himalayan war horse’, September 20). We should also acknowledge the immense contributions of the Special Frontier Force, consisting of Tibetan commandos, who, I feel, should be used more often during a military escalation with China.

Tibet was an independent country since time immemorial. It was closed for all countries, including China, for certain reasons. But it always kept its doors open for India. Tibetans, who live in India, say Tibet is their motherland, but India is their fatherland. In the same manner we can say that Tibet is our brotherland. China should vacate Tibet immediately.

The Tibetan force should be encouraged to be at the forefront, at the Chinese border, along with the Indian Army. The Army should provide them the latest weapons and train them even harder.

We have already won the hearts of the Tibetans, and I want PM Narendra Modi to visit the Dalai Lama one of these days. That will add insult to injury as far as the Chinese are concerned.

BJP It should be understood well that Tamil Nadu—a state nurtured by Periyar E.V.R., C.N. Annadurai and M. Karunanidhi in Dravidian ideologies and culture—can never embrace a party like the BJP which has ideologies diagonally opposite to Dravidian teachings (‘Saffron onslaught’, September 20). Having failed miserably to woo people of Tamil Nadu, the saffron party is now playing the religious card to divide and rule the state. People of Tamil Nadu are fed up with the Union government. They will not fall into the traps of its leaders.

The BJP is still nowhere in the picture in Tamil Nadu and its best bet continues to be Rajinikanth, though the matinee idol has been keeping them on tenterhooks. M. Karunanidhi held on to the party post even when he was on his deathbed, and it was only after his demise that his son Stalin took over the DMK. Stalin, however, has not wasted much time in appointing his son Udhayanidhi to the post that he had held. This has not gone down well with some of the senior leaders in the DMK.

What if it were you?

One expects a little better realisation and statement of facts from Anuja Chauhan (‘Schizo-nation’,
September 20).

Kangana Ranaut is facing the declared and demonstrated might of the entire Maharashtra state, led by a certain political party. I would like to know how Anuja would have stood, sane and determined, if she was at the receiving end of such threats.

He admitted itThe column by Mani Shankar Aiyar (‘The Congress’s unique adhesive’, September 13) is a pathetic admission of the state of affairs in the grand old party of Indian politics.