How Hkinn’s photos from Myanmar showcase impact of military rule

Naypyidaw, Hkinn says, was developed without a people-centric thought process 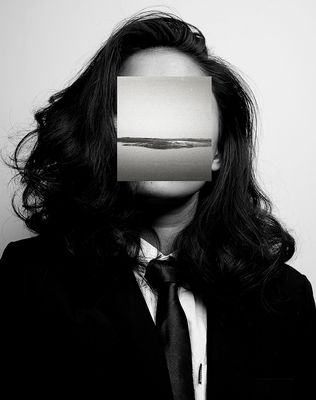 In February 2021, when the military seized power in Myanmar after detaining leaders like Aung San Suu Kyi, photographer Hkinn’s prophecy came true. The 30-year-old activist and artist, who prefers to hide her official name for security reasons, told me that she knew a coup was in the offing when she worked on her photographic series, Soulless City, which was completed in 2019.

The series, currently on display at the Kochi Muziris Biennale, tells a compelling tale of ordinary citizens against the backdrop of Myanmar’s modern capital Naypyidaw―a brainchild of former military leader Than Shwe. Naypyidaw, which means the abode of kings in Burmese, has numerous areas that are off-limits for civilians. The military’s version was that the former capital, Yangon, had become congested and Naypyidaw was strategically located. It replaced Yangon as the administrative capital of Myanmar in 2005. There are many like Hkinn who believe that superstitions, megalomania and paranoia of the military leadership, and their intent to keep power away from the citizenry, led to the construction of Naypyidaw.

“The city was not built for the people; it was built to show off the military’s might. That is why I named my series, Soulless City,” says Hkinn, who was born and brought up in Yangon. “The political situation in my country is so complex. There has been a civil war going on for more than 60 years.… Even when there was a civil government, the military held 25 per cent seats in parliament. Military operations and military-related budgets were not overseen by the civil government.”

In the series, Hkinn captures monuments and statues built by the military in Naypyidaw. Hkinn says it was built to feed people’s minds with the military’s power, glory and propaganda. One striking picture shows a farmer drying paddy on a boulevard that is frequented by military officials.

Says Hkinn, “The military took over lands of farmers. They had lived there for several generations. They were compensated with some money. But they had to still sell their land.”

She says Naypyidaw was developed without a people-centric thought process. “The military leadership that built the city believed in certain astrological omens. So, they moved every staff from Yangon to Naypyidaw at the same time. And, these officials found that the city had large buildings everywhere, but there were no markets or even basic communication facilities.”

Hkinn also told me about her mother and grandmother. “They lived under military regimes,” she says. “To get basic items like rice, they had to stand in queues. This was because the military was trying to rule the state in a socialist-style, and was controlling everything. We grew up hearing those stories.” She also remembers the silent and subtle acts of defiance she witnessed in her household during her adolescence and teenage. “At 8pm every day, we had this segment on TV that showed military leaders visiting pagodas and making donations,” she says. “My mom used to turn off the TV then. That is how I started thinking that we are not living in a right or just system. Then, we had political prisoners getting arrested. I learned about Suu Kyi. We could not talk about her or even say her name openly. At the same time, in the school we were taught how great the military is and how they fought the colonial system. I was fortunate to know the truth and did not fall prey to propaganda.” 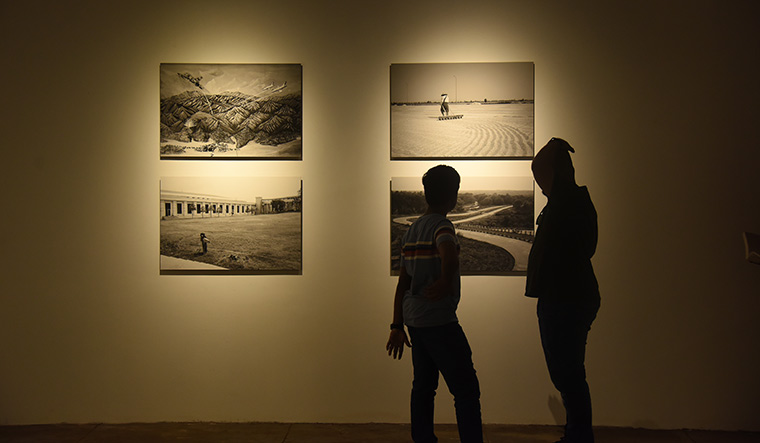 Hkinn says that she became a photographer documenting lives by “accident”. In 2007, the military government’s decision to raise gas and oil prices led to widespread discontent and culminated in the development of a saffron revolution, which played an important role in the military handing over power to a civilian government in 2011. It was in that same transition phase that Hkinn attended a one-week workshop that introduced her to documentary-style photography.

Over the last decade, Hkinn developed a body of work capturing themes like gender diversity, women’s issues and LGBTQ+-related stories. She incorporates poetry while exploring her subjects. Her ongoing project, The Drowning Water, is an inspiration by a namesake poem by acclaimed Burmese poet Thukamein Hlaing. Hkinn, who identifies as genderqueer, explores her emotional struggles when she first realised her sexuality in The Drowning Water.

She is aware that her identity is not something that will be appreciated by a military regime that “keeps its whole base on its toxic masculinity”. “The military arrested many LGBTQ+ activists after the 2021 coup,” says Hkinn. “They were tortured monstrously.”

Since 2017, Hkinn has also been a part of a collective of women photographers and artists. When the military captured power in 2021, the collective came out supporting the pro-democracy protestors and announced support for a civil disobedience movement. However, the collective, is currently on a hiatus, and all its members have either taken asylum in a foreign country or are keeping a low profile. But like Hkinn―who is currently working on a series on the effect of 60 years of propaganda by the military in Myanmar―they are carrying forward socially conscious art practices.