iPhones may soon get USB-C ports

They do many things better than Lightning ports 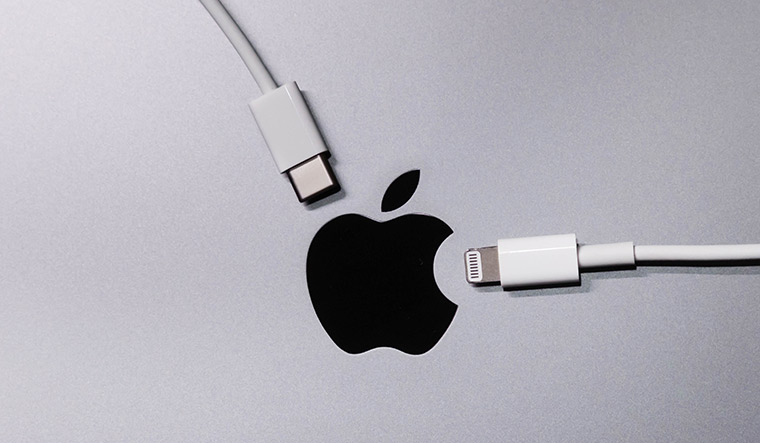 Vertical integration, which means controlling the end product as well as all its components, is something Apple is unwilling to make any compromise on. iPhone, for instance, is powered by a chip Apple designed and it runs on an operating system Apple owns. On the other hand, a Samsung smartphone usually has a Qualcomm or MediaTek chip and an operating system made by Google.

It works well for Apple, not just in offering a smooth customer experience but also in nurturing a lucrative ecosystem of various products and services. There are many ‘Apple-only’ features that its devices offer. iMessages, for instance, is available only on iOS (for iPhones), iPadOS (for iPads) and MacOS (for computers). Similarly, Lightning is a proprietary connector available only on Apple devices. All models of iPhone since 2012 use it to charge the device and connect to peripherals and accessories. Till a while ago, all iPads had the Lightning connector, but the iPad Pros released in 2018 (and later) came with USB-C connector. MacBooks have been featuring USB-C ports since 2015.

Now the European Union, in an attempt to standardise charger ports, has mandated that phones sold in all its member countries use USB-C for charging by 2024. Apple, though reluctantly, has indicated that it would oblige, and the next iteration of iPhones may feature USB-C ports instead of Lightning. (Theoretically, Apple has the option of removing the port and let the phone charge only wirelessly, but it is most likely to comply with the regulations.)

That is good news for customers, as USB-C cables are more ubiquitous and usually much cheaper than Lightning cable. As most laptops and tablets can be charged through USB-C, you would need just one cable to charge all your devices.

There are many other advantages as well. Lightning cables transfer data at USB 2.0 speed, while USB-C can handle USB 3.0 speed. Thunderbolt 3, a superset of USB-C, is much faster. Also, USB-C connectors can charge a device faster than Lightning ports, as they can carry significantly more current and can be adapted to fast charge under any type of charging standard.