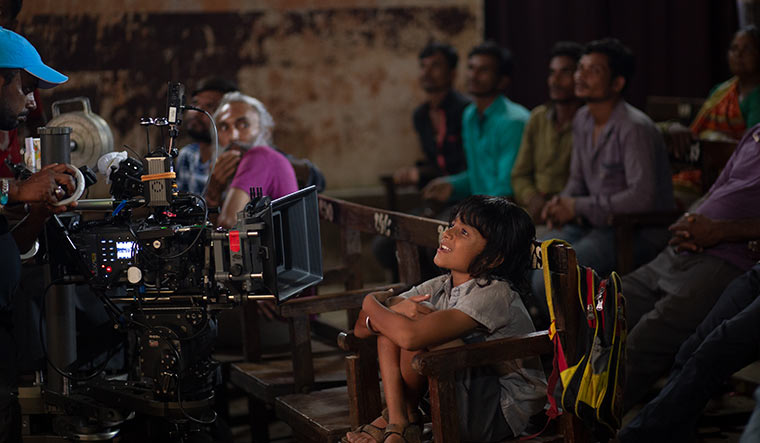 In 2012, Gujarati movie Kevi Rite Jaish, about the Patel fascination with migrating to the US, signalled a revival of sorts for the state’s film industry. The next year, The Good Road became the first Gujarati movie to represent India at the Oscars. In 2019, Hellaro, about a group of women from Kutch in the 1970s, won the best feature film award at the 66th National Film Awards. And now, Pan Nalin’s Chhello Show, or The Last Film Show, is India’s official entry to the Oscars, pipping mass favourites like RRR and The Kashmir Files.

Gujarati cinema is going back to its roots, with innovative themes and experimental stories set in locales that the people are familiar with. Case in point is Chhello Show, a part-autobiographical drama that captures the charm of western Gujarat, from where Nalin hails. The filmmaker—who has directed award-winning movies like Samsara (2001), Ayurveda: The Art of Being (2001), Valley of Flowers (2006) and Angry Indian Goddesses (2015)—pays homage to Gujarati cinema of the past in it. Chhello Show, about a nine-year-old boy’s love for movies, is a tribute to childhood innocence and the universal magic of cinema. It had its world premiere at the Tribeca Film Festival in New York, and has since won several awards, including the Golden Spike at the Valladolid International Film Festival in Spain. It is set to release in India on October 14.

“Ours will be a focused campaign and we want the maximum number of Academy [members] to watch it. There are 7,000 to 10,000 voting members. Hundreds have already seen the film and liked it,” Nalin told THE WEEK.

After almost nine months of preparation, the team finished shooting in three- and-a-half months, just before the lockdown began in March 2020. Since it is an Indo-French co-production, the editing was done in France.

Paresh Vyas, writer of Gujarati films Passport (2016) and Saheb (2019), says that Chhello Show is inspirational as it beautifully captures Gujarat in different seasons. According to him, the industry has advanced technologically as well in the last decade.

Filmmaker and professor Darshan Ashwin Trivedi agrees. “We have started experimenting with different genres and narratives, and content creation has become sophisticated,” he says. “We use the same kind of cameras that are used in Bollywood.” There was extensive use of VFX in his films Mrugtrushna (2021) and Mara Pappa Superhero (2021).

As the returns in the Gujarati film industry (Dhollywood) are not as high as in film industries of the south, the average production cost of a movie is between Rs2 crore and Rs2.5 crore. According to distributor Vandan Shah, 95 per cent of Gujarati movies do not even break even.

Around 60 movies are shown in theatres every year. Publicist Chetan Chauhan, who keeps a close watch on Dhollywood, says that the annual turnover of the industry is approximately Rs200 crore, which is about six per cent the size of Bollywood’s business. In 2020, Bollywood had a turnover of around Rs3,800 crore.

Ever since 1932, when the first talkie was made in the state—the biographical movie Narasinh Mehta—the Gujarati film industry has released over a thousand movies. To Bollywood, Gujarat gave several stars like Sanjiv Kumar, Asha Parekh, Paresh Rawal, Dina Pathak, Himesh Reshammiya, Mallika Sarabhai and Parveen Babi.

There was a surge in film production post-independence, but with the Bombay State being divided into Gujarat and Maharashtra in 1960, Dhollywood faced a crisis, as most of the production studios were in Mumbai. Consequently, it witnessed a decline in the last two decades of the 20th century. The mediocrity of the films also contributed to the decline. The industry picked up in the first decade of the 21st century, but a real resurgence came in the last 10 years, when it moved from rural and semi-urban stories based on folk tales and novels to urban narratives covering issues that people could relate with. Filmmakers learnt to package rural stories in a way that appealed to today’s audience.

It is content-driven films that work in Gujarat, says producer Sharad Patel, whose film Vickida No Varghodo (2022) did well at the box office. In the history of Gujarati cinema, not even reigning stars like Upendra Trivedi, Naresh Kanodia, Arvind Trivedi, Hitesh Kanodia, Pratik Gandhi and Malhar Thakar can save the film if the content and execution is not good. Hellaro is a classic example of a Gujarati movie doing well and appealing to all age groups without casting a star actor.

“Entertainment is not about making people laugh. It is about what touches you,” says Abhishek Shah, director and producer of Hellaro. According to him, young actors have stayed back in Gujarat instead of moving to Mumbai following the revival in the last decade. Many of these actors have gone on to do well on OTT platforms, like Gandhi, who played Harshad Mehta in the hit series, Scam 1992. He stayed to do a few Gujarati movies before moving to Mumbai.

Ahmedabad-based sociologist Gaurang Jani says that one of the reasons that Dhollywood took time to come into its own is because Gujarati literature is far behind the literature from the south and west. Noted lyricist Saumya Joshi confirms this. He says that if the industry starts churning out region-specific films, like how the south does, then a Rs100 crore movie might not be far out of reach.

Another hurdle for Gujarati filmmakers and producers is marketing these movies. “At a time when people do not even have time to watch a three-minute trailer, how do you make them watch an entire movie?” asks Chauhan. “We need to identify the areas where the movie works and promote these accordingly.”