A professional cuddler on selling touch that is compassionate, caring and safe 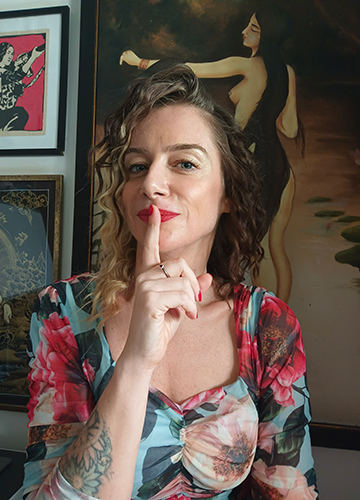 Spooning, sitting snuggle, cozy turtle, legs entwined or the happy headlock—you would not ever think about the nomenclature for cuddling positions, especially when entangled in one. But for Mumbai-based Aili Seghetti, founder of The Intimacy Curator—a one-stop shop for dating, intimacy and relationship coaching services—cuddling is not that simple. Hence, Aili informs THE WEEK about the several kinds of cuddling positions she often discusses with her clients when she doubles as a professional cuddler. “Before the session starts, we ask our clients what is it that you would like to do,” she says. “What are the body parts where you wouldn’t want to be touched? What kind of environment do you want? What kind of music and light? What kind of cuddling position are you familiar with? What are the ones that you would like to try? Because there are multiple, right?”

On a phone call, Aili explains the modus operandi of her job as a professional cuddler in India where the language of love and affection does not include physical touch in cultural codes and public spaces. As a trained intimacy coach working with somatics (relating to the body), her services in sexual and emotional well-being can too often be misconstrued as disguised sex work in a “touchy-feely” society. When we imagine cuddling for a living, we think about more developed countries like Japan where it is not unusual to spot cuddle cafes for sessions from 20 minutes to a full-night sleep with a cuddle buddy. But the demand for platonic cuddling has risen so much that there are apps like Cuddlr dedicated especially to this act meant to release all the feel-good hormones. As lonely hearts in their 30s and 40s navigate a series of failed relationships in isolating, urban societies beyond failed marriages, cuddle parties are no longer an alien concept in the west. But what is interesting is how they are taking off in conservative nations, from Indonesia to India. Today, there are professional cuddlers in Pune and Bengaluru as well.

“Some people come just to relax,” says Aili. “Some want to feel a bit silly, others come to overcome their fears and anxieties around physical touch. Some have never touched anyone from the opposite sex and then some people just want to go into a meditation mode. Others just want to fall asleep in the arms of someone.” Since she started The Intimacy Curator, she has taken on some 150 clients who readily pay Rs15,000 for two-hour sessions. And why would they pay Rs15,000 for a long, loving embrace, perhaps not as freely available as we might think?

“Apps have regular people cuddling each other. But we are trained in human psychology and therapy and hence more equipped to sensitively deal with emotional issues when they come up during the act,” says Aili, who took a sex and intimacy coaching course at The Somatica Institute in Los Angeles, apart from courses in neurodynamic breathwork and compassionate inquiry. Her skills as a cuddler become an essential service when dealing with victims of sexual abuse. “Because I am an intimacy coach, I am always very deeply connected to my clients,” says Aili. “So when they cry, I cry, too. And this is what I’ve been trained to do. It’s very different from a therapist where they try to create that distance between a client and practitioner. But I get very intimate emotionally with clients, and I share my stories, too.”

Aili recalls one instance where a client did not want to be caressed on their forehead as it triggered trauma from an abusive father who would do exactly the same. If it gets too emotional, Aili has to switch to grounding exercises where she reminds her clients that they are now in the present, a safer space. Several members of her team are not trained in handling such overwhelming situations and often during background checks, Aili uses her discretion to assign cuddlers who can offer the most basic act when clients specify their needs. 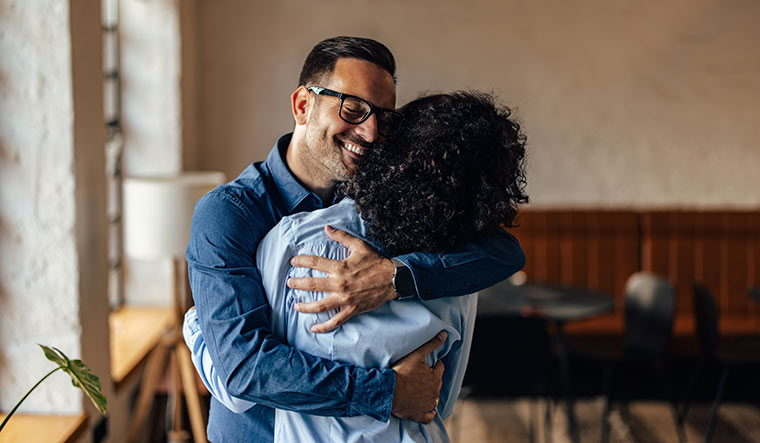 Her wide-ranging work as an intimacy curator—which does not imply a physician, psychiatrist, psychologist, social worker or a marriage counsellor—is visible in the many unusual services offered on her website. It includes “dating surrogacy” where a fake date helps clients brush up skills in connection, flirting, seduction and intimacy, “later-life virginity” to explore negative feelings around sex, “infidelity navigation” or “BDSM deep aftercare”. Half Finnish-half Italian, Aili also calls herself an Indophile, having lived in India for the last 15 years. She studied Indian languages like Hindi, Sanskrit and Gujarati at SOAS University of London, and always wanted to live in India. If she now had to write a paper on current cuddling trends in India, Aili would have much to say. For instance, clients across gender identities prefer female cuddlers as it might have a more caring, maternal recall. “Men don’t make good cuddlers,” Aili reaffirms a long-held belief. And most of her clients seeking cuddles are men. Also, she notes how several of her clients have body image issues. “Like they don’t want to be touched on their forehead as they might be losing hair or even their belly area,” she says.

Under such vulnerable circumstances, if a client gets sexually aroused and seeks services beyond the cuddling remit, Aili does not immediately call for security or shame her subject. She knows how to remind them of their boundaries. “I tell them how to spread that arousal energy across the body through breathing exercises,” says Aili. “There’s nothing to be ashamed of and they can’t be attacked.” But there are many safety moves she needs to initiate on encountering non-compliance. Apart from carrying pepper spray, her work requires her to hire security staff who station themselves somewhere close to the client’s house. “Now if I end up with a psychopath, then what to do?” she asks.