The Sahitya Akademi winner says he writes to kill anxiety 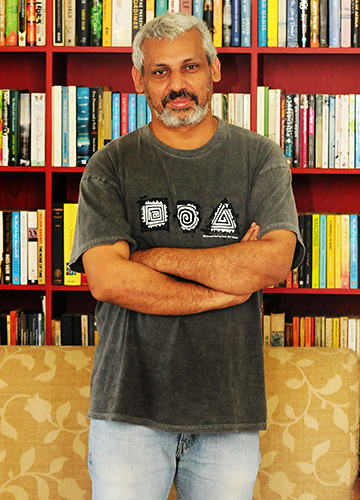 Latif, the protagonist of Anees Salim’s latest novel, works as a bellboy in Paradise Lodge, where people check in to die. “As they would go to a holy city to die, people came to Paradise Lodge to end their lives,” says Salim, who has worked for a while as a bellboy. It was as if the lodge was “ the closest point to the after-world”.

A coming-of-age story, The Bellboy depicts how witnessing a crime changes the course of a 17-year-old boy’s life. Death is a dominant theme in the book, as in most of Salim’s books. Talking about his obsession with death, Salim says, “There are times when I have felt that life is not worth living. I wanted to get a book or at least a short story published before I died. Writing, for me, is part of an effort to get rid of anxiety.”

The recent death of one of his classmates left Salim worried and baffled. She was always ahead of him. Even while walking to school, she would run ahead of him. She was one of the brightest students in his class, while Salim barely made it to double digits. The girl who seemed to have it all took her life a few weeks ago.

Life is unpredictable. So is writing. For some reason, Salim was not able to write for a while after finishing his book, The Small-Town Sea, in 2017. “It took me many months to get my rhythm back,” he says. However, he started writing The Bellboy the day he wrapped up The Odd Book of Baby Names, which has been long-listed for the JCB prize 2022.

Looking back, Salim cannot help pondering on the irony of dropping out of school at the age of 16 to become a writer. “I think that is the wisest decision I made in life,” he says. If he had not become a writer, he would probably have moved to the Middle East and worked in a supermarket. Or he would have opened a shop in his hometown in Kerala and become a failure.

Nevertheless, success was not an accident. He started devouring books ever since he dropped out. He would read one book a week. As a teenager, he became completely invisible. He never bothered to confront gossiping neighbours and family members who wondered what he was reading. “I am sure they made fun of me behind my back. But I was cut off from the outside world. I would not attend any family function,” he says.

Salim won the Kendra Sahitya Akademy award for his novel, The Blind Lady’s Descendants, in 2018. He is now becoming increasingly experimental. In The Odd Book of Baby Names, he brings in voices of nine different kinds of characters. An ambitious and complicated work, it has won him critical acclaim. “I have written five decent books,” he says. “Now I can afford to be a bit experimental.” 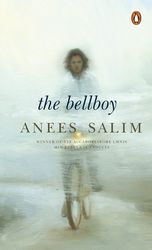