Crime writing gets a fillip at home 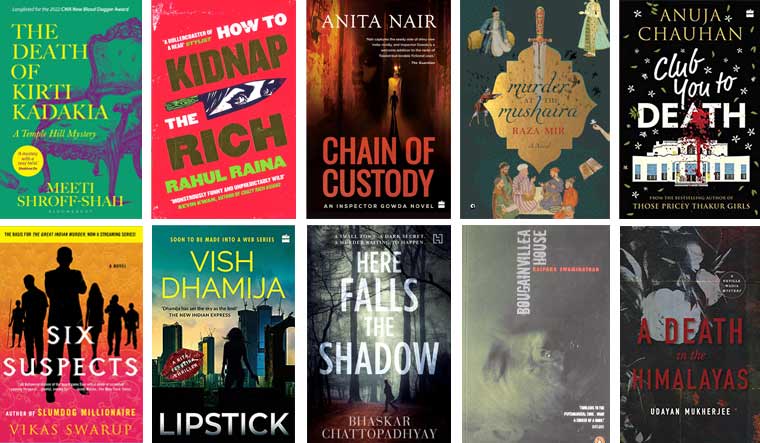 This is possibly the only time to celebrate a murder. Especially if the spilling of blood gets noticed by the most entrenched crime syndicate in the business—the Crime Writers’ Association (CWA) in Britain.

For the first time, books by two Indians have made it to the coveted CWA list, one of the bigger awards for crime writing. While Meeti Shroff-Shah’s The Death of Kirti Kadakia: A Temple Hill Mystery made it to the long list, Rahul Raina’s How to Kidnap the Rich was short-listed. They did not win any Daggers (as the prize is known), but they certainly made ‘plotted’ history.

The two books are at two ends of crime fiction. Raina focuses on the gritty side of the most powerful city in the country—Delhi—told through the eyes of the lower-class Ramesh, while Shroff-Shah’s crime story unfolds in Temple Hills—home to rich Gujaratis—in the heart of a city known for its gang violence. Radhika Zaveri returns from the US post divorce, and gets absorbed in the life of her best friend, Sanjana. Sanjana’s father, Kirti Kadakia, is found dead with an empty bottle of sleeping pills and a plastic bag over his head. While the police may be ready to believe it to be suicide, Radhika does not think so. 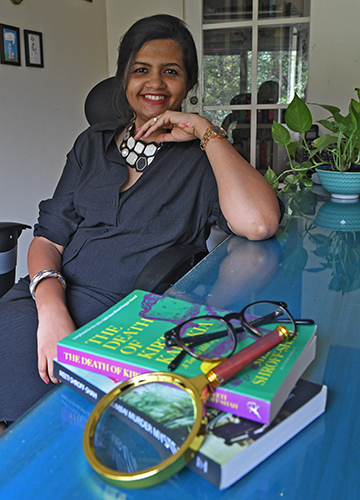 One hill of a crime: Meeti Shroff-Shah’s book is set in Temple Hills, based on Mumbai’s Malabar Hill | Amey Mansabdar

“On Temple Hills, being happy is not quite as important as seeming happy,” writes Shroff-Shah in her book. It is this world that she conjures up—gossipy, brutally competitive, unforgiving sometimes, but always entertaining. “I haven’t read many mysteries based in this idyllic south Mumbai world,” says Shroff-Shah. “We have got that close-knit community, which you see in that English village or that Scottish little town. You have got the nosy neighbours. You have got the old family doctor you have been going to.” She clearly knows this world. Her parents went to the same doctor for decades, and now go to his son. “This is where I grew up,” she says. “I mean, it is obviously based on Malabar Hill.” The tagline says a ‘Gujarati Murder Mystery’, centred around a pure vegetarian khandaan. Compulsive like chips, this is a one-gulp book. Shroff-Shah’s 16 years as a copywriter has helped her “to be very crisp, very succinct in how you express yourself”.

Like Shroff-Shah, Raina’s intimate knowledge of Delhi is key to the book. Raina, under 30 years, has received a rave review by Kevin Kwan of Crazy Rich Asians. The book arrived in the middle of the pandemic without much fuss, but has been selling steadily through the best way possible—word of mouth. It is the story of Ramesh Kumar, an educational consultant and “the best exam-taker in Delhi’’. He takes the exam for Rudi, a spoilt Indian teenager with a “no-matches-on-Tinder-face”, to make him a topper and offer instant fame.

The book has been acquired by Riz Ahmed for a web series. “It doesn’t happen to many books,’’ says Raina. “It doesn’t happen to many or any Indian books at all, very few crime books…. People thought that after the pandemic, what people wanted to read was kind of cutesy books. But it turns out that people want to read books about funny crimes. They want that sense of justice… that sense of completion and order.” 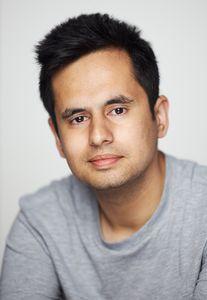 It is very much a Delhi book, with the mixing of corruption, power, greed, deal-making and just the right amount of sleaze to make it work. It is more than just a crime novel—Raina uses the format to smuggle in larger themes of class, violence, power and corruption. “Getting through a day in India just requires a level of slightly criminal thinking or slightly, you know, stretching the ways that you do things,’’ he says, with a laugh.

The book is addictive and political. “I think one of the things that I am most interested in fiction is this idea of secrecy and keeping secrets,’’ says Raina. “And, having this thing that you cannot kind of let out and I am sure that some of that came from my childhood of being a Kashmiri in Delhi…. [Having] this sense that you come from a very special place, a special place that’s full of a lot of darkness right now, and that that’s something that you need to keep to yourself. I think that’s definitely filtered through in some sense.”

Crime is voraciously read in India, but the bookshelf is still more white than brown in English. There have been, however, those who have bucked the trend to create a loyal audience. Anita Nair has with Inspector Gowda, and Madhulika Liddle with Muzaffar Jang, the 17th century detective. Raza Mir turned Ghalib into a detective; Vish Dhamija has Rita Ferreira. Bhaskar Chattopadhay has Janardan Maity. Diplomat-writer Vikas Swarup’s Six Suspects has become a web series. Anuja Chauhan made a splash with Club You to Death. Udayan Mukherjee has plotted A Death in the Himalayas. And even Chetan Bhagat has tried his hand at mystery, but not very successfully. A reminder that being fast-paced is not necessarily the only ingredient required for a satisfying read. There was also Shortz, an imprint by Westland, that is crime on steroids, as well as the deep dive non-fiction of S. Hussain Zaidi.

“It is a happening genre,” says Krishan Chopra, editor-in-chief, Bloomsbury India, who has published Shroff-Shah’s book in India. “There is something about the crime genre that lends itself to creativity. Given the interest and the creative talent, we can soon expect international hits, too.”

Indian publishing has had many breakthrough literary moments—a permanent place on the shelf with Amitav Ghosh, Arundhati Roy, Anuradha Roy and Vikram Seth. But for commercial fiction—whether with thrillers or crime fiction—the big hit is still awaited. “In India, romance is the most popular,’’ says Ambar Sahil Chatterjee, literary agent at A Suitable Agency. “Indians have been weaned on the template of romance with Bollywood. There is little appetite for science fiction, mystery or crime. It is very difficult to battle a mindset.”

But perhaps Shroff-Shah and Raina offer hope. Both have international book deals. Both seem to have found some measure of success outside India, before they were finally found in India. “It got picked up in the UK faster than it got picked up in India,’’ says Shroff-Shah, who has a three book deal. “It took an international offer to get an India offer.’’ Her next book is ready and will be out soon.

Raina, too, has a second and a third planned. “An Agatha Christie thing set in Britain,’’ he says. “It’s about British society in the same kind of way, but more about the expectations of immigrants.’’ The third one will be set in India.

It will be one helluva crime spree.