Meet Erin Espelie, the scientist-turned-filmmaker who fuses science and art

Her films have been screened at British Film Institute, international film festivals 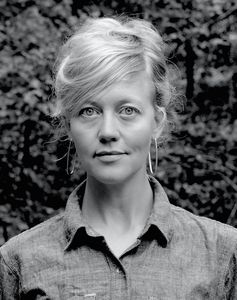 More than 4.5 billion years ago, cyanobacteria started doing something that would change the earth’s atmosphere. The aquatic microorganism ate carbon and sunlight, multiplied, and released oxygen as a by-product. Over time, the oxygen released by generations of cyanobacteria accumulated on the earth’s atmosphere. This “great oxygenation event” led to the emergence of oxygen-metabolising, multicellular organisms, including homo sapiens. Today, scientists are studying the carbon-fixing mechanism of cyanobacteria to reverse some of the damage humanity has done to the earth’s atmosphere. Scientist-turned-filmmaker Erin Espelie’s time-lapse video series Refresh—which opens up a unique view into the lives of these microscopic heroes—is now on display at the Expedition Health exhibition of the Denver Museum of Nature.

Espelie’s films have been screened at the British Film Institute and major international film festivals in New York, Rotterdam and Edinburgh. Her mother is a virologist, and her father, a biochemist. So, she had an early opportunity to work in lab settings. “I grew up as an academic brat. I have been working in labs since the age of 14,” she says. She spent most of her childhood on the campuses of the University of Idaho and the Washington State University, where her parents were working.

After completing her degree in molecular and cell biology from Cornell University, she received offers from Harvard and MIT to study biology. But she turned them down to “take a little time off” in New York. “I accepted a graduate position at the University of California, San Francisco (UCSF), but they granted me one year [to join the programme],” she says. That one year allowed her to explore the theatre scene in New York. Though her parents were art lovers, during her school days, Espelie, 43, had thought of the arts as something “extracurricular”. New York changed her perspective. There, she worked for the Aquila Theatre Company as a box office clerk and an occasional performer for their educational productions. She also worked at the Paris Review as a poetry reader.

Espelie did not get disconnected from science either, as she got an opportunity to work at the American Museum of Natural History. “I started working with the Natural History magazine,” she says. “And that is where I found this interesting world where people were covering the sciences, thinking about their breadth and how they are interconnected. I felt like I could get more of an aerial view of science, as opposed to being with my nose to the petri dish, so to speak, and not able to think more expansively.” 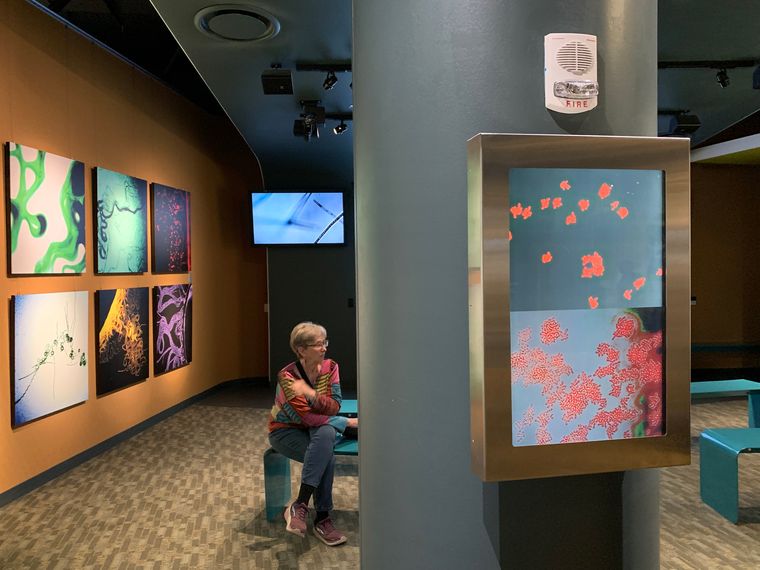 Refresh exhibit at the Denver Museum of Nature.

Once the one-year period was over, she asked for an extension, but UCSF turned her down. So she continued in New York and worked on some “conventional” documentary projects. However, the real turning point came in 2006 when she joined Meerkat Media, an artistic community facilitating collaborative filmmaking. “People who were part of the collective helped other members on their film projects,” she says. “Meerkat helped me learn quite a lot about cinematography, editing, sound recording, and sound mixing. The first film I made with them—Every Third Bite (2008)—was about a colony collapse disorder in honeybees.” In 2009, she brought out a six-minute short, What Part of Earth is Inhabited, in which she coalesced the ideas of speciation and extinction. The film was shown at the New York Film Festival. It gave her confidence to become an independent, avant-garde filmmaker. In 2014, her first feature-length documentary, The Lanthanide Series was released. The film, which mediates on the importance of the “rare earths” (the elements with atomic numbers between 57 and 71) in human life, was praised by critics for the way it “fused poetry and science”. 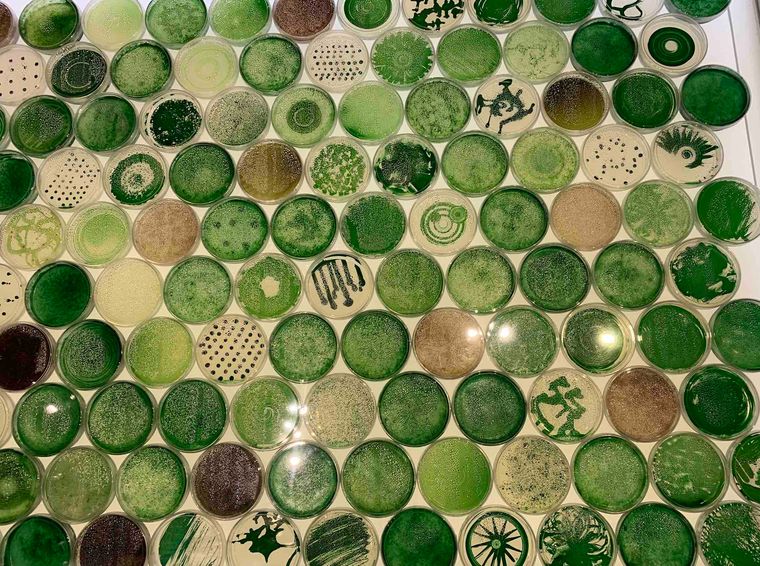 “My films are science films. At the fundamental level, they are attempting to recapitulate what it means to do science—to ask questions and to experiment in the body of the work,” she says. From 2012 to 2015, Espelie taught courses in environmental issues and the documentary arts at Duke University. She is currently an associate professor at the University of Colorado Boulder. An association with Jeff Cameron, an assistant professor studying cyanobacteria at the Colorado university, led to the development of Refresh. The short portrays the photosynthetic action, multiplication and self-destruction of generations of cyanobacteria. At the exhibition, on one side of the screen are photographs of cyanobacteria. On the other are dozens of petri dishes containing these “artfully plated” organisms. 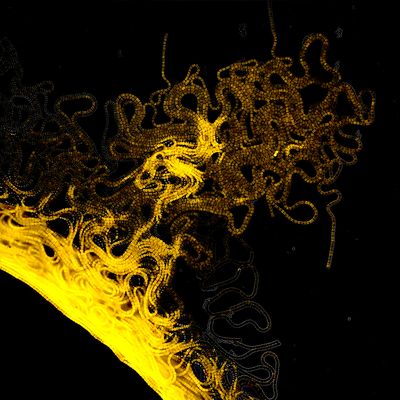 “I was very intrigued that Jeff’s mode of research involved a camera,” says Espelie, who is married to David Gatten, an experimental filmmaker and a movie image artist. “He had built a camera attached to his microscope that would allow to look at the growth of a single cell. This was something new. Of course, you can look at dead cells, but to look at living cells at a single-cell level and see their growth over time was new.”

Espelie adds that Cameron did not look at the cyanobacteria after a certain length of time, because they would multiply and fill the screen. “But one of the things he had never noticed was that once they fill the screen, the cyanobacteria build up an oxygen level which is dangerous to themselves. So, just like how the carbon dioxide is now toxic to us, the oxygen they produce becomes toxic to them,” she says. For Espelie, this phenomenon was a wonderful moment of discovery. “It was so moving to think about that in terms of extinction—this soft destruction that takes place because of their atmospheric gases is projecting a little bit,” she says. “And that is one of the things that I think most scientists are nervous about. They do not want to project too much. But sometimes we can see ourselves better if we project ourselves onto something else. And art does this projection wonderfully.”