With Marvel movies, the brief is precise, says A-Zal 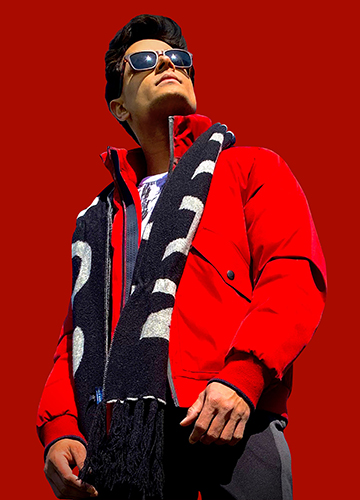 When Ashish R. Shukla’s Prague (2013) released, it was like summer showers in winter—refreshing yet unexpected. The psychological thriller —about the inner conflict of a man (played by Chandan Roy Sanyal) whose mind turns rogue—was quite unlike the masala potboilers churned out by Bollywood at the time. The reviews were mixed. Indian audiences had not yet developed a palate for narratives that veered too far from the norm. But the film still won a cult following. And much of the credit goes to the music by Atif Afzal, aka A-Zal, that complemented the experimental nature of the film.

Tracks like ‘Dirt & Game’ that blended electro and techno beats pulsated with energy. You felt like you were careening down a highway at reckless speed, and life all around had turned into a blur. The song ‘Din Kabhi’, with its heavy rock base, bracketed the philosophical underpinnings of the lyrics. The song is earthy, grounded, almost angry.

Nine years later, A-Zal, 37, has changed gears. His songs in Ms Marvel— ‘Aye Khuda’ and ‘Dheemi Dheemi’—are soft and dreamy, with a touch of sufi. For a few brief minutes, you feel that you are at the threshold of something momentous, something worth fighting for. After all, the songs are soundtracking the life of an innocent teenage girl, rather geeky, who is just discovering the curveball that is coming her way. ‘Aye Khuda’, for example, is played when the romance between the protagonist Kamala (Iman Vellani) and Kamran (Rish Shah) is just budding. “My brief for ‘Aye Khuda’ was that it should be very pure,” says A-Zal. “Our first love is always the purest. It has no hidden motives. With Marvel movies, the brief is very precise. There are no grey areas open to interpretation. They were clear that although Kamala is very young, they did not want a song which a girl her age would listen to. No EDM or a single vocalist singing with a guitar. They wanted something deep and meaningful, while at the same time, very innocent.”

From Prague to Ms Marvel, A-Zal has evolved as much as his music. He caught the music bug as a child. One of his earliest music memories is that of him as an 11-year-old, playing the harmonica in the back of the school bus with a friend. He grew up listening to grunge, rock, pop and metal. He was part of many bands, but did not consider music as a career. A brilliant student, he studied electronic engineering, came second in his university and was one out of 150 people who got selected to the multinational accounting firm, KPMG. After three years though, he knew he wanted to do something else. “The love for music was always there, but the love for life started when I was 25,” he says. “That’s when I took the decision to leave KPMG. If I needed to live my life, I knew I needed to do something I loved.”

The hardest part was convincing his parents. They gave him two years to make it in the music industry. If not, he promised to return to his corporate career. “So, I left the company on August 6, 2010,” he says. “I tried a lot, but nothing worked out. As the two years were coming to an end, I knew I had to honour the promise I had made my parents. And then, just as I was nearing the deadline, Prague happened in 2012.” 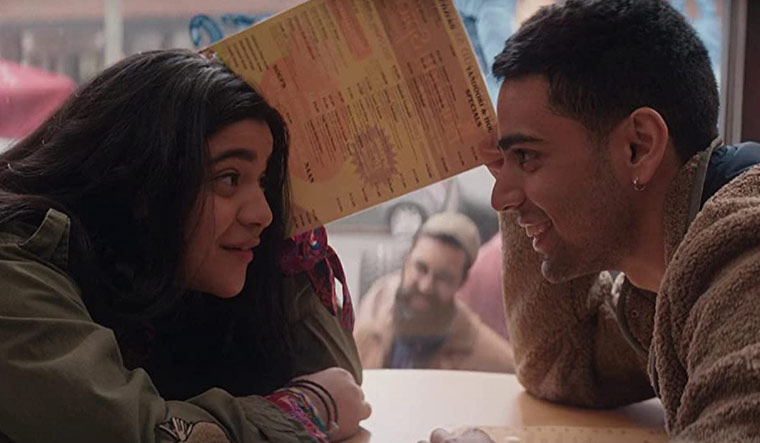 Young love: A-Zal’s ‘Aye Khuda’ in Ms Marvel plays when the romance between Kamala and Kamran (in pic) is budding.

Prague was followed by films like Pune 52 (2013), Baji (2015) and Monsoon Shootout (2013). After Monsoon Shootout went to Cannes, he got many offers in Bollywood, but by then he had started dreaming bigger. If he could make it in Bollywood, then why not Hollywood? He first came to Los Angeles in 2014 with the hope of assisting Hans Zimmer, the legendary composer of films like The Lion King, Gladiator and Interstellar. “Believe it or not, I booked an Airbnb two blocks from Zimmer’s studio in Santa Monica,” says A-Zal. “I had no appointment, but I just knocked on the door. He was kind enough to give me his card. He told me to email him and get an appointment. I did that. I cannot imagine something like that happening in India. You definitely need connections to get to someone like Karan Johar.” 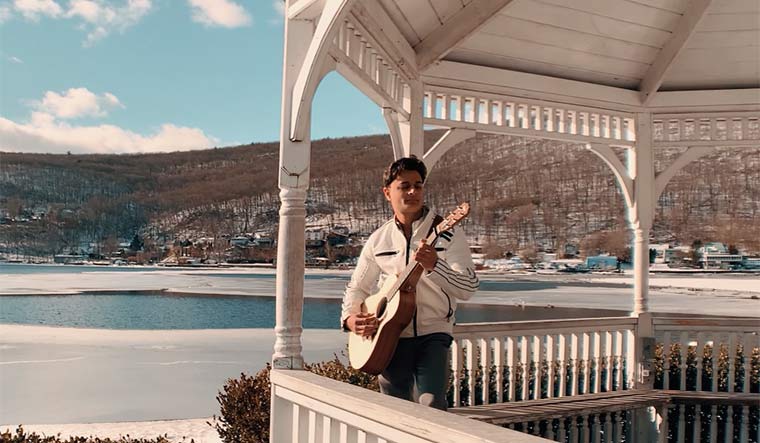 He performs a cover of Ed Sheeran’s ‘Perfect’

Despite successfully interviewing with Zimmer, A-Zal could not move to the US at the time because he did not have a work permit. That was a real bummer, but it did not hinder his dreams. Eventually, he did move to America, and then it was back to the grind. After months of not hearing back from filmmakers, he was on the brink of giving up. If it was not for an uncle in Canada who believed in him and urged him to keep going, he would have come back to India, he says. Eventually, he got his break with CBS’s NCIS Los Angeles, followed by The Twilight Zone. Afterwards, Marvel came calling with the Tom Hiddleston-starrer Loki, and then, Ms Marvel.

Whether it is the gripping, new-age music of Monsoon Shootout (for which he recorded live cello with Russian artists over Skype) or the soulful and surreal number in Loki, inspired by hymns recited in Arabian mosques, A-Zal’s greatest strength, perhaps, is his ability to adapt his music to what the filmmakers require. For that, he has learnt instruments like the oud and the djembe. “I learnt how to orchestrate a string quartet,” he says. “I learnt everything from the flute to the violin to the piano, not to become a pianist, but to understand the instrument and how it works.”

And now, he is working on his dream project—a new album titled Seventeen and Eleven Nights—with a production team that has worked with the likes of Justin Bieber and David Guetta. He calls it the best work of his career. “I did not have a brief to follow or a character to study. I am the character, the face, the voice,” he says. “It is about me and my journey. When you are scoring for a Ms Marvel, people will love your music for something, but this is music for yourself. You are just putting yourself out there and talking to the audience. And that is really important for me.”