But how anonymous is it really?

Anonymity on mainstream social media platforms is almost a myth. From ad trackers to algorithms, your every social media post is being monitored. That is what makes apps and platforms that allow sharing thoughts and opinions “anonymously” an instant hit. NGL is the latest “anonymous” app to which social media buffs—especially Instagrammers—are flocking.

NGL stands for Not Gonna Lie. The application allows followers of an Instagram user—who shares a link on Instagram Stories—to send messages anonymously. The biggest problem with “anonymous” apps is its USP—the anonymity of message senders. NGL’s predecessors like Ask.fm, Yolo and Sarahah had been criticised for enabling cyber bullies to have a free run. Earlier this year, Snapchat revamped its developer platform policies to ban anonymous apps. And, that is when apps like Sendit and NGL—which was launched in November 2021—decided to concentrate on Insta users. 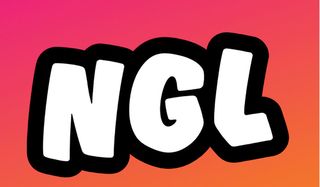 NGL claims to be an app that offers a “safe space for teens” by having a “fresh take on anonymity”. It claims to use AI-based content moderation to filter out offensive language and threats. However, a recent test by NBC News proved that the application failed to filter out expressions like “You’re fat” and “Everyone Hates You”.

Social media observers say that NGL is not completely anonymous as there is a loophole. NGL’s Pro version (which costs $9.99 a week) offers certain hints about the senders. Surely, everything, including anonymity, has a price!