The biopic Shabaash Mithu will release on July 15 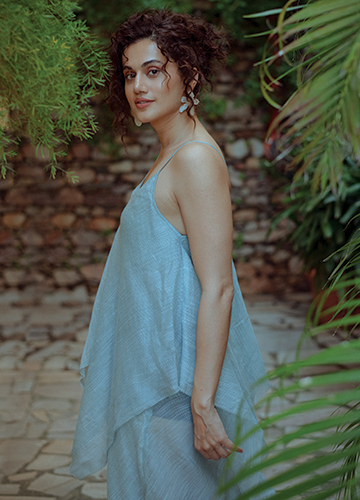 Her witty repartees are the stuff of legend. Not many fans of Mithali Raj, former Test and ODI captain of the Indian women’s team, will forget her cutting remark in 2017 when she was asked who her favourite male cricketer was. Why do her male counterparts not get asked who their favourite female cricketer is, she shot back. That not only set the ball rolling on conversations around women’s cricket, but it also enshrined her permanently in the feminist hall of fame. And, it brought her to the notice of a starry-eyed young actor who felt an instant connect with the cricketer. “This was the exact same predicament I was grappling with,” says Taapsee Pannu, who plays Raj in her next film, Shabaash Mithu, which releases on July 15. “I had been struggling with that question for 12 years as an actor. I realised we were both negotiating the same space. Hers was a struggle against the nation’s male cricket frenzy, while mine was against the male protagonist-led film frenzy.”

And so, years later, when Pannu was offered a chance to portray Raj on-screen, she pounced on the opportunity. There almost seemed to be a karmic connection with the thunderbolt of a cricketer. The film is also significant for Pannu as it is the last one in a trio of sports dramas by her in the last three years: Saand Ki Aankh (2019), Rashmi Rocket (2021), and now Shabaash Mithu, directed by Srijit Mukherjee. She is determined that this is going to be the last, as she feels sports films take a lot from you, both physically and mentally. 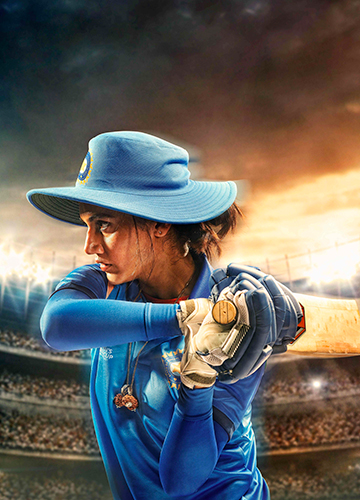 Game for more: A poster of Shabaash Mithu.

The effort does reflect in box office collections. Saand Ki Aankh, for example, in which she plays an elderly sharpshooter from Uttar Pradesh, went on to collect “a highly unexpected” Rs22 crore, against an investment of Rs80 lakh. Despite receiving brickbats for playing a character who was twice her age, the actor won huge critical acclaim. Pannu says her love for sports makes her a natural for these roles. “I don’t have to try too hard to attract them,” she says. “At the same time, I also feel that it is getting too overwhelming and exhausting.” Pannu was actively involved in sports all through her school and college years, right from athletics and cycling to basketball, squash and gymnastics. But to get into the emotional and mental make-up of a real person who excels in a certain sport and to portray their life on-screen, “is an entirely different ball game, and one which I am so done with, at least for now,” says the actor, dressed in an ice-blue corset and grey skirt accessorised with a matching hairband. 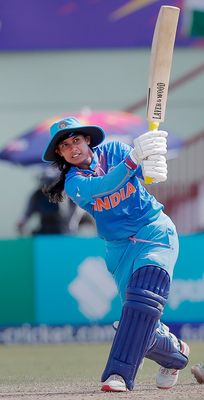 While with Rashmi Rocket—in which Pannu plays a small-town girl with aspirations to become a national-level athlete—the hard part was to develop muscle strength, with Shabaash Mithu, the challenge was both to learn the game as well as to train the mind and body for the part. Pannu had never played cricket before. To add to that, there was the challenge of portraying a “demure, quiet and understated Mithali Raj”, who is the complete opposite of a feisty and impulsive Pannu. “It began affecting my mental frame because I was investing a lot of time on an everyday basis learning a sport which is not my primary profession,” says Pannu. “In the past two to three years, my life has been revolving around track and field, gym and the cricket pitch, and I am exhausted.” During her preparation for Rashmi Rocket, Pannu would wake up at 5am in bitter-cold January to train outdoors, her only motivation being the people who had invested money in her and those who were waiting around the entire day to train her for two hours. Another aspect that made it hard to portray Raj on-screen, says Pannu, was that “this girl, who became captain at the age of 21, did not really have any personal struggles of any sort”. She had the family support and the money. She captained the team in four World Cups (including two finals), and has the longest ODI career in the world. Add to that, the fact that she is a woman of such few words that it is not easy to decipher what she is thinking. How then does an actor, who has never played cricket in her life, portray onscreen an established cricketer whose mental make-up is difficult to understand? By learning the game from scratch every single day and watching it for hours until she feels ready. The film spans 20 years of Raj’s career, from age 16 till the time she played the 2017 World Cup. Raj herself throws light on what it takes to achieve the kind of mental and physical fitness that cricket requires. “Cricket as a sport requires agility, endurance and strength. So, twice a week I run and the remaining four days I indulge in weight training.” In terms of diet, Raj limits herself to simple home-cooked food and loves to see a variety of veggies on her plate. She tries to avoid late night dinners and, though an avid meat lover, restricts herself to vegetarian fare for most days of the week. “At home, my breakfast is oats with nuts, followed by a simple lunch made up of dal, veggies and rice. In the evening, I munch on boiled peanuts post a gym workout or training session, and dinner is usually light, maybe just rice and dal, or khichdi.” With the release of a film based on her life around the corner, Raj is at peace with all that she has achieved. “I have carved an identity for myself as a leading woman cricketer in India and internationally, and that gives me happiness,” she says. 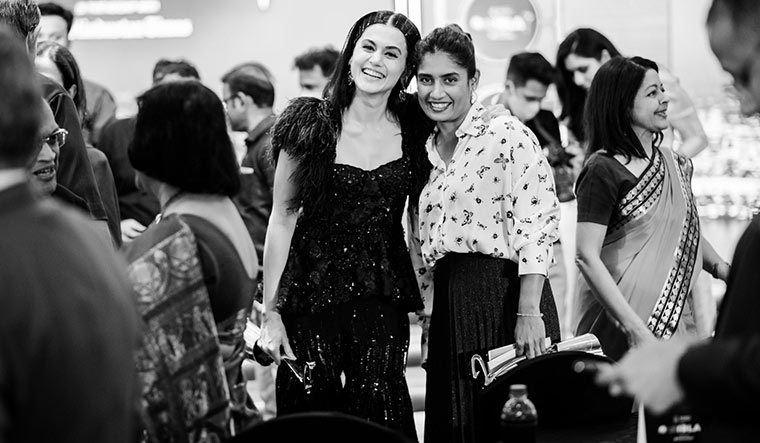 Now it remains to be seen how effectively Pannu is able to bring her alive on-screen. The ball is in her court.