There was a time I was struggling with the need to marry: Kubbra Sait

From sexual abuse to 'daddy issues', the actor is brutally honest in her new book 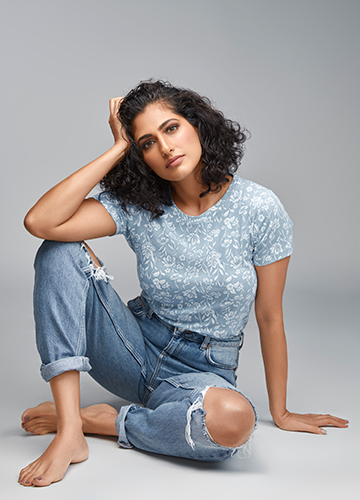 In his book Originals: How Non-Conformists Change the World, Adam Grant details a surprising fact. Despite what one might think, child prodigies do not end up changing the world. The gifted learn to play magnificent Mozart melodies and beautiful Beethoven symphonies, but hardly ever compose original scores. “[Child prodigies] conform to the codified rules of established games, rather than inventing their own rules or their own games,” he writes. In other words, they lack creativity.

Kubbra Sait was the opposite of a child prodigy. She was timid, introverted and a poor performer, bullied by her classmates. “Not a day went by when I would not have to kneel in a corner of the classroom, or eat lunch alone, or be teased by my classmates,” she writes in a new book, Open Book: Not Quite a Memoir. Maybe that is why Grant would have been so pleased with her. He might have seen the spark in the child that smoldered beneath the bullying and the perennial red marks on her school diary.

The spark soon blazed into a fire, until she blazed her way right into Bollywood. She recounts an incident, during her stint as a master of ceremonies, when she was asked to host a client’s sangeet in Male. Once the party kicked off, things started getting strangely kinky. The dancing girls allowed their blouses to be stuffed with money. The festivities had descended into an adult striptease and Sait was miserably wishing that she was back in her room. Suddenly, she felt a cool splash of bubbly on her back. An elderly gentleman had thought it a sexy move to throw a glass of champagne at her to gain her attention. Sait purposefully walked up to him, plucked the glass out of his hand and said, “The next time you try a trick like this, I’ll break this glass and shove it up your a**.” The night was officially over, both literally and metaphorically.

The book is written with an irreverent humour that is characteristic of who Sait is. At times, the humour is observational. “An undergrad education is just like a prenup,” she writes. “You’re likely to lose everything when you part ways with the subject.” At other times, the humour is self-deprecating. She rues how unfortunate it is that “all of my projects so far have killed me off in the first season”. She is, of course, referring to her most famous roles as the transgender character, Cuckoo, in Sacred Games and Phara Keaen in the international production Foundation, based on Isaac Asimov’s Foundation books.

She describes how she landed the role of Cuckoo. When director Anurag Kashyap narrated the scene to her, describing a transgender person’s pain at her inability to bear the child of the man she loves, she was shaken to the core. Sait, 39, sat before the mirror, stared and stared until she felt she was ready, and then walked out. Every time she was done with the lines, she would fall to the floor in tears. The words were so powerful that they weighed her down. She did this again and again until at last, at the end of the seventh take, she collapsed, exhausted and crying uncontrollably. Dimly she heard, “Cut”. That night in her room, she texted Kashyap. “Am I still working on the show?” she asked. “Of course you are,” he replied. “You gave us gold.” 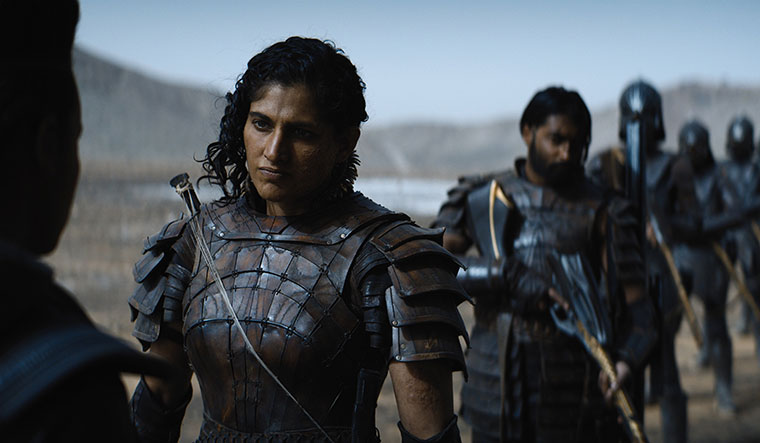 Cool kid: A Still from Foundation.

Sait’s website describes her this way: “Kubbra Sait has several characters under her sleeve—all waiting to be unleashed. Just say the word ‘Action’.” Many filmmakers did, starting with Anees Bazmee in her debut film, Ready (2011). This was followed by a string of small parts in films like I Love NY (2015) and Sultan (2016). And then Sacred Games happened, which propelled her to overnight fame. She says she sometimes gets annoyed of constantly being labelled as Cuckoo, despite the other roles she has done since then, which include the characters of Scarlett in Gully Boy (2019) and Shazia in Dolly Kitty Aur Woh Chamakte Sitare (2020). “When I die, people will say the actor who played Cuckoo has died,” she says, admitting that now she takes it in her stride. Then, with a laugh, she aims the parting shot at herself. “Then again, how many actors can say they are on Netflix and Pornhub at the same time?” she asks, referring to her nude scene in Sacred Games. 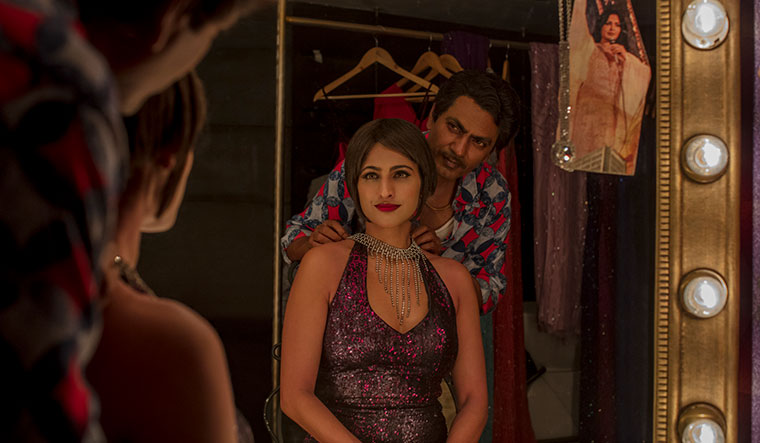 A Still from Sacred Games

Her disarming honesty is at times unsettling. But mostly, it is refreshing, like listening to Madonna after a string of Mozart symphonies. Whether it is regarding her sexual abuse as a child by a family friend, an abortion that left her broken or her ‘daddy issues’, she does not hold anything back. “What I want people to remember is that the sexual abuse was only one chapter in the book. It was not the book itself. If we don’t define the chapters of our life to be our story itself, we will be better off,” she says.

Maybe it is her fierce independence and refusal to kowtow to societal pressure that led to a series of failed relationships. “There was a time I was struggling deeply with the need to marry in order to belong,” she says. “Then, I realised we don’t have to match up to the standards of society. At 26, I was working in Microsoft (she started her career as an accounts manager at Microsoft in Dubai.) At 27, I left it and started my life all over again in Mumbai, when actually, at 27, I should have been married or having my first kid. When that did not happen, I stopped chasing the idea of what did not happen. I started chasing the possibilities of what could happen.”

She might be single, but she is singularly cool. You get an idea from the way she describes herself on Instagram: “Babe on Bonfire; Grand Huntress of Anacreon; Author—Open Book.” And she might not have been a child prodigy, but she has something most prodigies do not—street smarts. Nobody messes with Kubbra Sait. If you do, you just might get a champagne glass shoved up your behind!

OPEN BOOK: NOT QUITE A MEMOIR