There is no interest in Indian translations outside: Daisy Rockwell 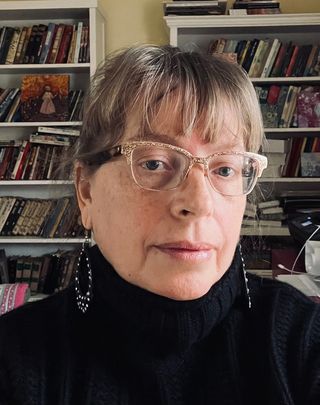 It was a passage from Andhere Band Kamre by Mohan Rakesh, a leading light of the Nai Kahani literary movement in the 1950s, which became the gateway to Hindi literary translations for Daisy Rockwell. Right at the end of her undergraduate study in the US, she was in the middle of an advanced Hindi class when her teacher gave a tiny exercise in translation—a page from Rakesh's book that explored the alienation of urban life in rather straightforward Hindi. Rockwell, with her special affinity for languages was completely drawn in. That was when she decided to pursue literary translations in graduate school at the University of Chicago in the 1990s.

Today, Rockwell is one of the finest, most respected translators of Hindi literature. With a leaning towards partition stories, she has enlivened works by stalwarts like Upendranath Ashk, Bhisham Sahni and Krishna Sobti for a completely new audience. And now her translation of Geetanjali Shree's 2019 novel Ret Samadhi (Tomb of Sand) is in the running for the top prize at the 2022 International Booker Prize—a first for a Hindi novel. Excerpts from an interview:

You studied classical languages, like Latin and Greek, later moving on to French and German. And then you took up Hindi in college. Can you take us through your formative years?

When [you’re] young, you're just forced to take languages, right? So I was taught French from grade five and Latin from grade seven. But you just have an affinity for some things. So I always enjoyed learning languages. The way Latin was taught in the United States, it was very specifically translation-based, because it's not a spoken language. I don't know if Sanskrit is taught that way in India. You're trained as a translator when you're studying classical languages in the United States. As soon as you know enough Latin, you're reading Julius Caesar. I really just enjoyed the process. And then when I went on to high school, I had more choices. I started learning German, and I continued with French. In college, I added on more because I had more options. So that's when I picked up Hindi because I wanted to try something totally different after having studied Latin, Greek, French and German. And, it was a huge challenge for me. It was much more difficult than the other [languages], even though Hindi is not a complex classical language.

Is there little distinction between a writer and a translator in how they understand and approach language?

I actually think it's completely different. When you translate, the first few drafts are like a slog, it's like digging a ditch. An author can write this beautiful thing (and yes, it's hard work) but they can still just be like writing off the top of their heads. It can be intensely creative and I know that there are some creative writers who feel that they're slogging through their process, too. But it's not the same with translators. The beginning of a translation is like building a wall with bricks or actually taking apart a brick wall and then rebuilding it. It's very unglamorous what we have to do and so the creative part comes later.

Here's a funnier analogy: Lego kits. Say, somebody gives you one that's already been done up really nice, like the Hogwarts Castle, all constructed. So then the translator has to take the entire thing apart and then build a different type of building. It's never going to be exactly the same, right? You have to make something new. And then the next part of the process is more creative, when you have to make it something that lives in English. It's not just technically in English. It reads in English and works in English. And at that point, there's this kind of interesting process where you have to think about the voice of the original work, the voice of the author and the tone. How would that voice sound if it were in English? Then it's not only creative but it's also a bit like a psychic process, because you're trying to pull that essence into your own writing, you're channeling.

Geetanjali Shree, author of Ret Samadhi, speaks English perfectly. She could have translated her book. She's not a translator and she doesn't want to translate, but she technically would be capable of doing it if she wanted to. So I have to channel this person who already speaks English. But I don't believe that what her Hindi book feels like would sound the same if I just made it sound the way she sounds in English because we don't always speak the same way in different languages. If you translate it into very standard Indian English, you can lose a lot of the simplicity or the intimacy of the original language.

For a work of national literature to assume an international standing, does the text need to be studied and interpreted by a translator working outside the cultural context?

I don't want to say that you have to be outside completely. But I think you have to have an awareness. And part of the problem with translating south Asian literature is there is a huge audience inside India for translated literature. The assumed audience—educated and English-speaking—are the ones that will read these translations. In India, I feel like I have to wrestle with this kind of a continuum of how translated the book gets, like there are degrees of translation. How much are you going to translate? How far are you going to push it out of that original language? Because Indian readers get really annoyed if you take it too far.

Family relationship terms, for example, are a big problem. Because, especially in women's writing, there are a lot of characters that don't even have names. It's all kinship terms. Somebody is a beti, didi, bahu, chacha, bhabhi, devrani, etc. But the problem is that English speakers in India tend to use the kinship terms of their mother tongues while they're speaking English, right? So you still say, babu and beti, and that kind of thing, even if you speak almost entirely in English all the time. You don't say like, my sister's husband, brother, or whatever. So people get annoyed if you take them out. Because they feel like that's part of English, but it's too much for people outside India. It's too much of a burden for people who know nothing at all about this entire kinship system. So I have to kind of create these illusions that the terms are left in. But I've actually taken most of them out. So, for example, in Ret Samadhi, the main characters, none of them have names. There's beti, ma, etc., and I use those terms like they are names. They might as well be Bob or Sally or Susan.

And that's what I was trying to drive at—this idea of how translated a book is. I've never heard anyone talk about Russian or Japanese translations that way. Nobody talks about degrees of translation there…. And one thing that makes it really hard is also that India's so multilingual, that people are always speaking multiple languages at once, even within a sentence, whereas Americans are just extremely monolingual.

You said there is a very limited market for Indian translations outside India.

What's exciting about the shortlist is that Indian translators can sort of see what it took for me to get attention for an Indian book, like how far I pushed the language out. It can inspire them to think about audiences outside, because the fact is that international publishers have just had no interest at all in Indian translations. So everyone I know has tried. We've all tried different ways with agents, directly networking, but hardly anything has been published outside of India. So there's this huge amount going on inside of India, and in Pakistan and Bangladesh to a lesser degree. And it's not getting out at all and nobody wants it. And so that also makes people stop trying, like why bother for an international audience if nobody wants it.

What makes the translation better than the original?

(Laughs) You can't say that any translation necessarily is better than the original. But there are some things. A lot of the world's editing practices are pretty sloppy. So even in Japanese… the editors don't do much. Haruki Murakami, the famous Japanese novelist, sends in a manuscript to his publishers and they don't do anything to it, apart from fixing typos. And he gets annoyed, because he reads in English and he knows there's a better way. So his books get edited when they're translated into English. And they're often like 200 pages shorter, even. And he allows this because he values that kind of a close editing practice…. The entire English ecosystem believes in a really strong editing hand. So Murakami's English translations become the basis for all the other translations, be it Serbian or French or Mongolian. Except for Chinese—the Chinese ones go directly from Japanese to Chinese.

So I think that's a really good example of how translations can be better than the original. And that's not a question of necessarily literary merit. It's pulled together better; it's a better edited book.

I always find Hindi books are just full of typos; they've missing pages. It's a disaster. Geentanjali found a lot of typos in the French translation of her book because it went directly from Hindi. So she had to reissue it.


Can you perhaps give us one example of a sentence or a passage that took the longest to translate in Ret Samadhi?

It's a passage in which the human brain is compared to a jalebi. It was just so unimaginably hard because it's written in this kind of fun, breezy way. There's sort of a vague way in which connections are made. I can make it sound vague, too. But I have to know what's underlying it. And so Geetanjali and I had to go back and forth, again, and again, and again. We communicated all through email. Then I finally realised if I was successful, it would just be this sort of witty, little bit in the book that people would read and laugh and then keep going. Like, they would never know that it was the most difficult thing I had ever translated.

Will Indian translations grow to find a bigger market with the International Booker nomination?

That's all speculative, but I can only hope that even the short-listing will change that lack of interest and make publishers reconsider this kind of work because there's just so much available. They don't even have to do anything. They can just call Penguin Random House or HarperCollins and say, ‘send me your list and I'll pick what I want.’ It's already been translated and edited. Even if we don't win the prize, enough interest will be sparked that we'll see more Indian literature coming out in the west after this. 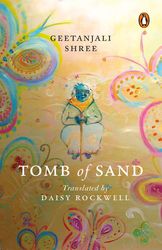